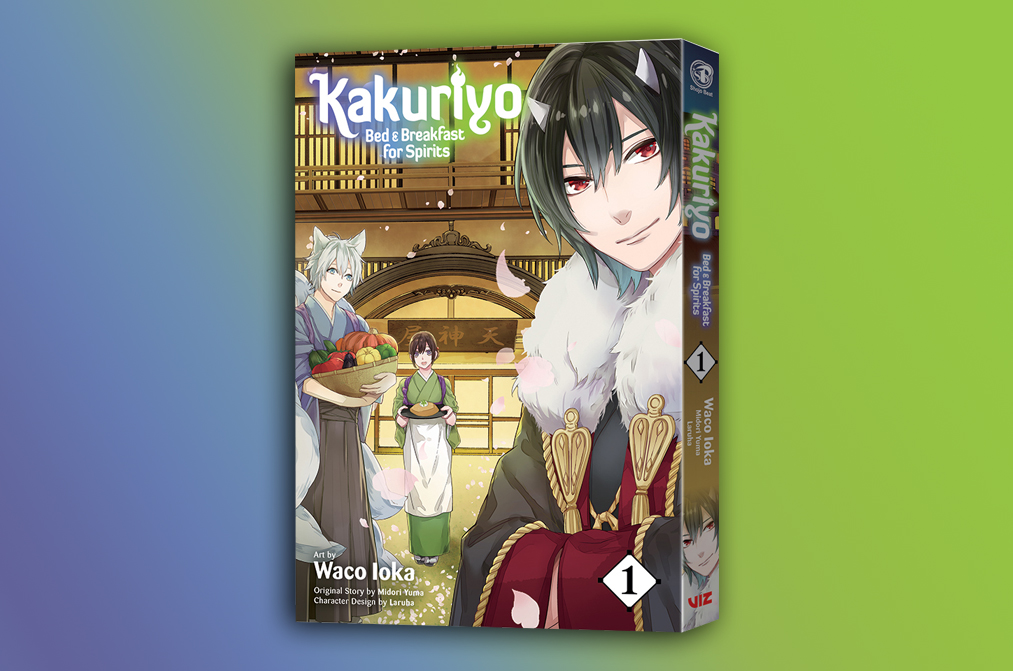 KAKURIYO: BED & BREAKFAST FOR SPIRITS was illustrated by Waco Ioka and features character designs by Laruha. The series, which is based on a collection of popular Japanese light novels by Midori Yuma, is rated ‘T’ for Teens and will be published in print under VIZ Media’s Shojo Beat imprint with an MSRP of $9.99 U.S. / $12.99 CAN. The series is also available digitally for $6.99 via viz.com and the VIZ Manga App, as well as from the Nook, Kobo, Kindle, iBooks, comiXology, and Google Play stores. Future volumes of KAKURIYO: BED & BREAKFAST FOR SPIRITS will be published on a quarterly basis.

In the series, Aoi Tsubaki inherited her grandfather’s ability to see spirits – and his massive debt to them! Now she’s been kidnapped and taken to Kakuriyo, the spirit world, to make good on his bill. Her options: marry the head of the inn her grandfather trashed or get eaten by demons. But Aoi isn’t the type to let spirits push her around, and she’s determined to redeem her grandfather’s IOU on her own terms!

“The stakes are high for Aoi Tsubaki in KAKURIYO: BED & BREAKFAST FOR SPIRITS as she attempts to pay off her grandfather’s massive debt while avoiding being consumed by demons or giving into the pressure of marrying one of them,” says Pancha Diaz, Editor. “We look forward readers discovering how this determined and resourceful young woman rolls up her sleeves and saves herself with plenty of surprises for her captors at every turn.”

For additional information on KAKURIYO: BED & BREAKFAST FOR SPIRITS and other manga titles published by VIZ Media, please visit viz.com.