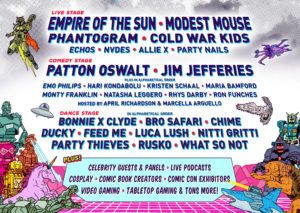 Today, Nerdbot is talking to Lee and Rob, the brilliant showrunners behind the newest celebration in Nerd Culture, called Big Adventure Fest. This two-day event will run on Saturday November 3rd through Sunday November 4th, 2018 at the OC Fair Grounds in Orange County, California. Lee and Rob are taking their experience in music, stand-up comedy, comic books, and a lifetime’s worth of fandom and wrapping it all together to create a unique experience that’s guaranteed to draw in a new and enthusiastic crowd. With tons of big names, panels, vendors, LARPing, and cosplayers galore, everyone will find something that excites them at Big Adventure Fest. 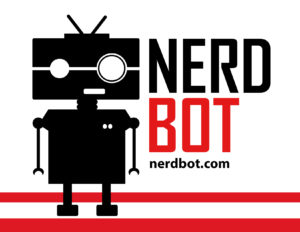 Hi Lee and Rob. Thank you so much for giving Nerdbot this interview! Would you guys provide me with a little bit of history about your show, Big Adventure Fest? Also, what is your background in convention or festival running?

Rob: The company I work for, SGE, is producing Big Adventure Fest. Before this, we predominately put on music festivals, although we had some lifestyle stuff as well.  We did a comedy festival a few years back with Dave Chapelle called ‘Odd Ball’ which toured the country. Our music festivals are typically really focused. I hate to call them ‘boutique’ because there’s still a lot of attendees, but compared to something like Coachella, I have to call it boutique. We’ve done similar festivals in the past, but my vision was to create something with Lee that took the fan experience with the intimacy of a convention and mix that with the energy of a traditional music and comedy festival and create something new that celebrated music and fandom in all forms.

You guys have some extraordinary talent performing at this show, both on the music and comedy side. Really exciting, big names that I know people are excited to see. How did you manage to book such amazing people?

Rob: That all comes from producing music shows and concerts. Booking the music and comedy was almost the easy part in some ways. From there, it’s figuring out what makes sense for the show you’re throwing, in this case Big Adventure. We’re trying to create an event and atmosphere. So, we’re dipping our toes into the traditional comic book convention environment. That is where we’re new and trying to build relationships with people who are more seasoned in the field, like teaming up with Nerdbot for example.

Lee: I want to add to that and say that even when we were picking music and comedy, we really wanted to keep it threaded to this culture. Obviously, we weren’t going to have speed metal and dirty comedy in a comic con environment. It wouldn’t make sense. So for comedy, Patton Oswalt was a no brainer and the most perfect choice for this.

Segueing from the point about the traditional comic book convention aspects being new for you gentlemen, what have some of the challenges been while planning this show?

Lee: You know, I’ve gone to cons since 1994. I have a lot of relationships with people in that world. But with so many comic cons around the country, probably about three per week is an accurate number, it’s really tough for companies to put us on their schedule. Comic book publishers just don’t have availability to show up. For them, it’s just another con wedging into the schedule.  It’s really tough, especially for a new show. It’s our obligation to fill the venue and make them money. Because they do pay good money for their booth space, which we try really hard to make affordable. But for us, it’s not only getting those vendors and exhibitors and artists, but we want them to do well by bringing them a new audience.

Sometimes as a vendor, you go to a comic con and you’re selling to the same people over and over again. Which is good and solid, but if you want to expand your reach, this is a great way to do it.  Someone at a show to see Modest Mouse may have never read a comic book in their life or haven’t read a comic in 20 years.  But they stroll through the Artist’s Alley and you can potentially hook them for the first time or bring them back into comics again. A company like Image Comics might be there with a whole new line of Indie or adult-centric comic books that can bring that person back around.

Rob: And to go off of what Lee was just saying, because I’ve also been going to cons as a fan for about ten or fifteen years now, and I think the big challenge is really the competition for the vendors on site. It’s getting them to invest in this idea of a new con. And while we might think this combination of music, comedy, and nerd culture sounds like a great idea, they might think it sounds risky. This is their livelihood and business and they need to make sure they cover their bottom line. It’s getting people to take a bet and invest in our vision.

Then we can move on to the fun question, since you both shared your personal history with convention attendance. What is your personal relationship with fandom? What are your niches and do you collect anything?

Rob: I come from both a music and comic book background. I was an artist growing up and I started a band. Then after college, I toured with the band and that’s how I fell into the music industry which is where I kind of still work now. But I still went to the comic shop every Wednesday, regularly collected and bough comics. I went to cons, and like many people, I’m obsessed with Star Wars. So, in my free time, I’m very much a fan and collector. I also love movies and TV, especially Sci-Fi and Fantasy and stuff like that.

How did you guys get the idea to build Big Adventure?

Lee: I met Rob through John Reese the owner of SGE and our partner on Big Adventure.  I’ve worked in comics since 1994. Once Rob got wind that I worked in comics and had access to great panels, industry parties, and so on because I worked with DC and Image and Marvel we linked right up. Plus, he was super into comics, which I have tons of. If you saw the inside of my office you would really understand. But that’s my end of it. I’ve worked in the business 24 years and have gone to conventions the entire time.  During a lot of shows, we go to the con, check into the hotel, have a couple drinks and realize we don’t even know what city we are in.  One time, we were down in San Diego and after the con and the band Helmet played an after party.  We wanted to get into the show to see them so we went over to where the event was, waited for what seemed like hours and ended up not getting in do to capacity.   I always thought how great it would be to get both experiences at once.  We always thought it would be so great to go to a con where all of this was happening together, but there were no lines.

But Rob already had basically this entire idea fleshed out, and the excitement was contagious.  Another big part of doing this for me is value. Some cons are affordable and some are expensive. Like at some shows, you have to spend a bunch money just to go and spend more money. We think it’s so important to throw an event with value and just elevate the convention experience.

How long as Big Adventure been a whirlwind on paper before you knew it was time to jump? How many other locations did you guys brainstorm before you decided that the OC Fair Grounds was the right home?

Rob: Oh wow, it was probably three or four years. A lot of it was trying to find the right venue and the right time. We’re based in Orange County, but we do shows all over the country. I’d originally wanted Big Adventure to take place in Orange County because of its proximity to Los Angeles and the fan culture that already exists here. We did a similar show last year in Northern California that was all right, but we looked in Chicago, we looked on the East Coast, in Austin, Texas. We looked at other venues around here too. But what’s great about the OC Fair Grounds is that they have the perfect combination of indoor and outdoor space.

We’ve also done other events there, so we were already familiar with their staff and set up there as well. It just kind of made sense from that perspective because we weren’t reinventing the wheel. All the other venues we looked at had something that wasn’t quite right. Whether it was having to build something from the ground up, or build a tent city for the vendors, or having indoor space but no outdoor space for bands, and so on.

Lee: We looked at a bunch of potential locations for the event, but often times it’s not so cut and dry. One weekend we went to look at the San Mateo fair grounds because it was recommended to us by a friend and honestly, that space was amazing. However, it was placed right in the middle of suburbia forcing them to have a sound restriction past 8pm.  So that ended that option.   We’ve always loved the OC Fair Grounds. There are several buildings, the main stage hanger and the main mall outdoor space. At Big Adventure fans will have the best combination of both indoor and outdoor experiences.

We are really reaching out to the cosplay community right now mainly because that community embodies what Big Adventure is, a giant celebration of fandom and nerd culture.   We will have the comic book convention, live panel stages and comedy during the day and the live music and EDM light up the night.

But we want to stress again that this is a family focused event. Kids under ten are free and it isn’t until after dark that the noise volume starts to increase. We want this to be fun and inclusive and we want everyone who shows up to find something that they want to do and have a really great time doing it. It’s a great sense of community.

Is there anything else about the show or points to hit that our readers should know about?

Lee: We’re going to be announcing more and more Big Adventure talent and entertainment coming up in the next few weeks, so everyone should watch our social media closely. Cosplayers and influencers, music, more comedy, movie panels and programming…so much more is coming. Right now, we’re trying to raise awareness about the show and have people understand that your ticket gets you access to everything.   We definitely want to make this an annual show if this year is a great success. We have no plans on moving the show, and really think this location is perfect.