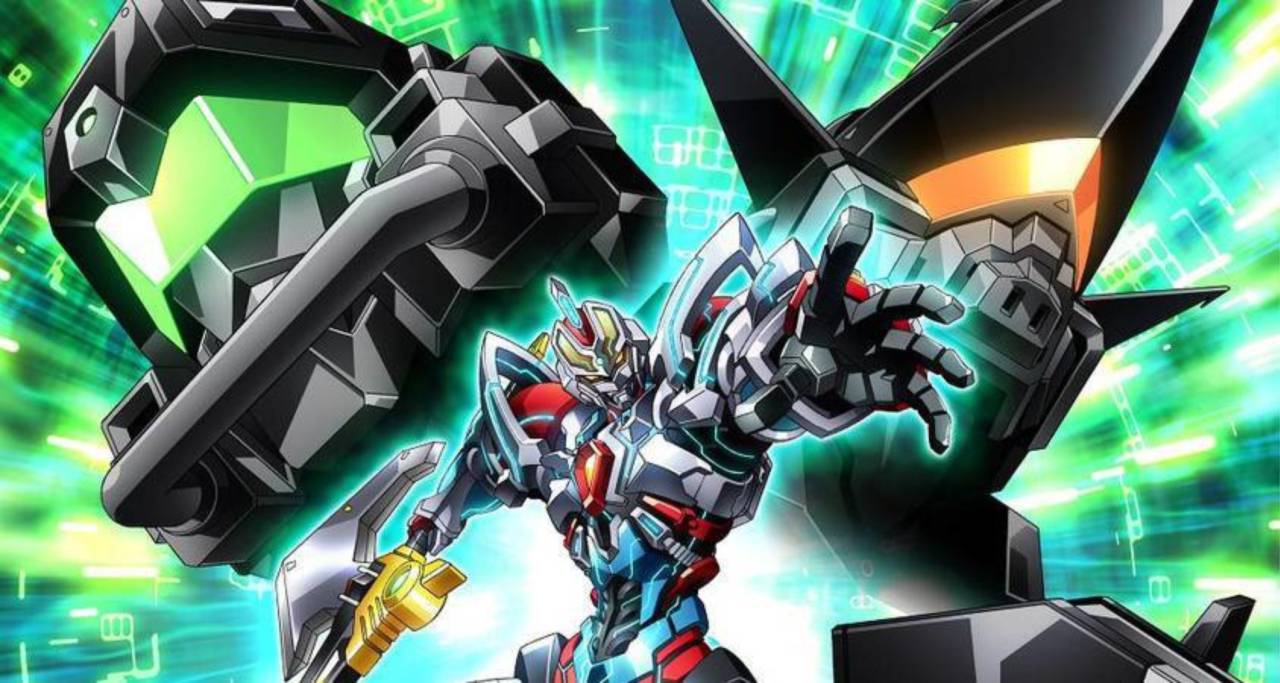 Fire up your dial-up connection and type in your access code for this retro anime hero!

Tsuburaya Productions and Studio Trigger (the minds behind Ultraman and Kill la Kill, respectively) have teamed up for the new series, SSSS.Gridman. The show is an animated reboot of Tsuburaya’s 1993 live action tokusatsu series Denkou Chojin Gridman, wherein three tech-geek teens merge with an interdimensional cop to fight monsters inside their desktop computer. In the states, Gridman was best known as the source material for Superhuman Samurai Syber-Squad (which had the same plot, plus a rock band and surfer dudes). SSSS.Gridman has much the same setup as its predecessors, with three teens, a junky old desktop computer, and a digitized hero. The series began airing just this past weekend in Japan. Fortunately for us in the USA, all 12 episodes will be simulcast on Crunchyroll (although there is a week delay unless you have a premium account).

So how does the show fare from its debut? Honestly, pretty well. Once the monsters and giants show up, the show has a very classic Ultraman vibe. The design of the monster in particular is very retro, looking like it could easily have been a live-action suit in the ‘70s. The action takes full advantage of the medium, feeling epic while still having that tokusatsu charm. But what makes SSSS.Gridman stand out is the lead up to that climax. The show is not some over the top sci-fi epic moving a mile a minute from start to finish. It’s actually a slice-of-life high school story, and a surprisingly chill one at that. There isn’t even any music till almost twenty minutes in. You might think that that would make the show boring, but the fact that it’s animated and not live action makes the simplicity feel like a deliberate artistic choice rather than a failing. Although, now that they’ve introduced giant monsters and heroes into the world, we’ll have to see if they stick with that slice-of-life feeling going forward.

All in all, if you’re an Ultraman fan, or if you just want to watch something relaxing with occasional spurts of sci-fi action, SSSS.Gridman is one to keep up on. It simulcasts on Crunchyroll Saturdays at 1:40 pm. If you already have Premium, or if you can wait a week, you can check out the first episode here.

‘Yuri on ICE’ Series Marathon is Coming to U.S. Movie Theaters on October 13 Only