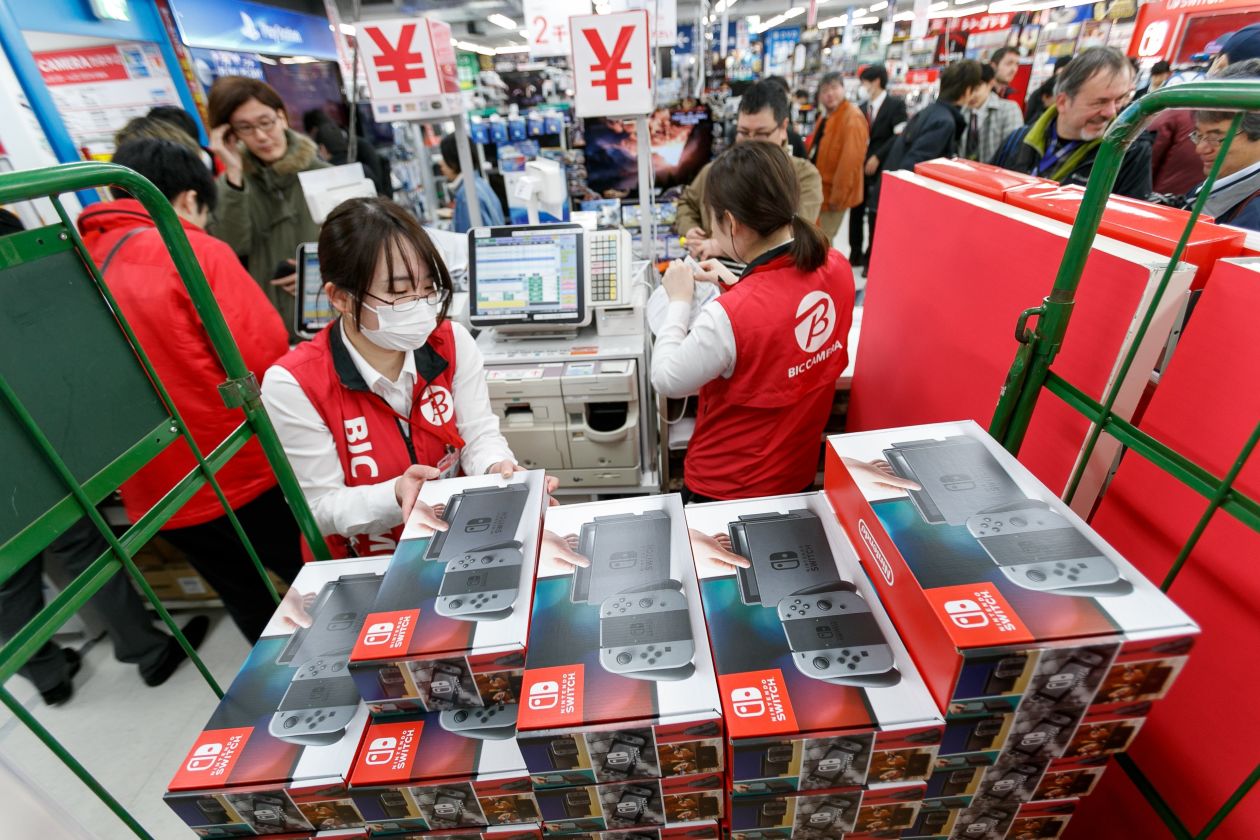 Nintendo Plans On Giving The Switch An Early Facelift

Nintendo plans to release a new version of its Switch video game console next year to maintain the sales momentum of the device, according to suppliers and others with direct knowledge of the plan.

A report from The Wall Street Journal shows that sales of the Switch, introduced in March 2017, are still solid but are no longer delivering the favorable surprises that marked the machine’s first year on the market. Nintendo shares, which rose sharply last year, have trailed the broader stock market this year. The move to update the Switch suggests the Kyoto, Japan, company is moving quickly to ensure its flagship product doesn’t lose competitiveness.

Prev Next 1 of 384
Nintendo is still debating what new hardware and software features to include in the upgrade and weighing the cost of the features, people with knowledge of the discussions said. The current Switch uses a lower-end liquid-crystal display without some technologies that are standard in more recent smartphone LCDs.

Updating the display with these technologies would make it brighter, thinner and more energy-efficient. The updated Switch isn’t expected to adopt the organic light-emitting diode or OLED panels used in Apple’s iPhone X series.

Nintendo is looking to release the new Switch in the latter half of 2019, perhaps as soon as summer, the people said.

Between its introduction last year and June 30 of this year, Nintendo sold 19.7 million units of the Switch, a pace that compares favorably with Sony Corp.’s PlayStation 4, the most popular console among the current generation of videogame players. The Switch can be used both as a living-room console and as a portable game machine.

Nintendo has said it wants to sell 20 million units in the year through March 2019, and analysts say they expect sales roughly to match that goal assuming some popular software titles planned for late this year arrive on schedule. Nintendo has said it plans to introduce “Super Smash Bros. Ultimate” on Dec. 7.

Console makers generally come out with new hardware every five to six years, and it is common for them to update the devices in the middle of their life cycles to keep the momentum going. Sony introduced the PlayStation 4 in November 2013 and updated it with a less-expensive version in September 2016 and a high-end model two months later.

A new Switch would follow that pattern. Nintendo’s Shigeru Miyamoto, who created many of its top games and now holds the title of creative fellow, said in February he wanted the Switch’s life cycle to be longer than usual, suggesting next year’s update of the hardware may not be the last.

The upgraded Switch would likely share many features with the current version and be compatible with existing Switch game software.