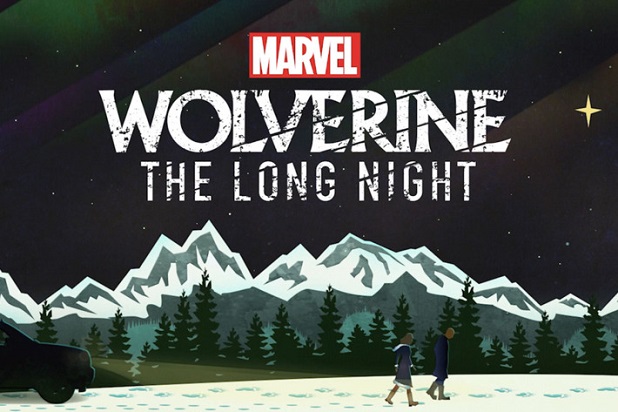 Wolverine: The Long Night is a Podcast set in a small fishing town in Alaska. A murder has led to FBI Special Agents Sally Pierce and Tad Marshall to investigate. Upon arrival they learn of other suspicious activity. Questions lead to suspects being identified. Including a drifter named Logan.

Wolverine: The Long Night is different than most podcasts today. It is the First Scripted Podcast from Marvel. What that means is that it is a dramatic audio series, complete with sound effects and top notch voice acting. The cast includes Richard Armitage, Scott Adsit, Bob Balaban, Zoe Chao, and more. Wolverine harkens back to what I imagine Radio Series’ from the days before television were like. Audio stories that require the listener to picture the visuals for themselves. The Long Night provides the listener with everything they need to be completely enveloped in this great murder mystery!

I found the quality impressive in every aspect. The storytelling is pleasantly between the cartoons/comic books and the grittiness of the film Logan. Dramatic moments pull the listener in to the mystery. Subtle hints at the drifter named Logan tease at the fact that none of the characters know that Logan is Wolverine.

Sound effects clearly paint a picture of the setting and characters in every scene. Without visual representation, the sound acts as the canvas for the story to take shape. This (in my opinion) has been heavily lacking in most podcasts today. The sound team deserves recognition for delivering highly immersive settings without any visual representation.

All of the Voice Actors in Wolverine: The Long Night deliver captivating performances. All actors provide natural and believable delivery. Supported by the engrossing sound effects, every scene is clearly depicted in the listeners mind.

Whether you listen to Podcasts regularly or never before, Wolverine: The Long Night is a great listen! I highly recommend this Podcast and hope that more like it will be on the way soon.

Check it out for yourself at the link below!

Friday the 13th on the NES: Just As Horrific As They Say

Nintendo Plans On Giving The Switch An Early Facelift