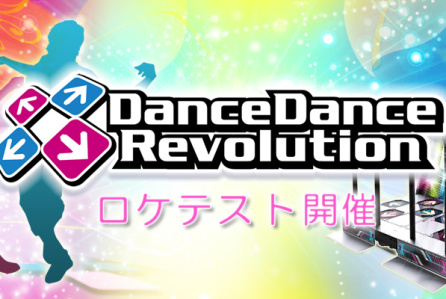 A movie centered around the only arcade game that matters, Dance Dance Revolution is currently in the works.

According to Variety, Greg Silverman’s new company Stampede is behind the film which is being made in partnership with producers J. Todd Harris and Marc Marcum from Branded Entertainment as well as Konami who still own the intellectual property.

Dance Dance Revolution appears to have been taken quite literally as the movie is set to take place in a world where their only chance of survival is to unite through the power of dance.

While the internet and other websites reporting this film think this is a revolutionary idea (pun always intended) or something new, long-standing DDR obsessees know that the prospect of a Dance Dance Revolution actually isn’t anything new. Konami and film companies have been beating this spry old horse for nearly twenty years, since back when she was just a tiny little baby pony. Do you remember the old DDRFreaks website? Because if you recall, way back around 2000-2002, there were reports that a Dance Dance Revolution film starring a (then teenaged) Miko Hughes was in the works.

The story for that film was that a lonely DDR player experienced a Weird Science-esque phenomena when one of the female avatars came out of the game and told said chosen one that the world was in peril, and only he could save everyone. From there, it was unclear if this was a The Last Starfighter situation where everyone from inside the arcade machine comes out because of his rockin’ awesome high score, or a Tron situation where he has to go inside the machine to deal with the digital perils at bay through the power of dance*.

*Dance is a subjective term. Results may differ depending on the person playing the game.

At least an 80s glowing laser arcade vibe for this game would be way cooler than the Bring it On/Glee/synchronized love midnight blaze music butterfly boom boom dollar brilliant 2 u eurobeat vibe that the film will probably go for.

(See what I did there, DDRtists?)

All jokes aside; at this point, we know the early 2000s period film is officially stuck in development hell. However, it’s intriguing that something has caused this DDR Film Notion to resurface. It honestly may be something as simple as the film rights nearing expiration, which would make sense. I’m no movie-making legal person something-something, but I imagine rights work in blocks of time and movie rights can be purchased for only a certain number of years.

To recap and move on, what I’m saying here is three things:

1) Thank you to everyone tagging me about the DDR movie, but I’m telling you, this has been a recycled idea for 18 years.

2) DDR players are dubious this will actually happen.

3) Even at DDR’s peak popularity, this film idea seemed trite and embarrassing. We didn’t want it then, and I sure as hell don’t want it now. (Although I’m old and indifferent enough to care whether or not it’s a thing, so no nerd rage on my end).

In spite of that new DDR A machine at Dave and Busters (which is missing like, every good song, thanks Konami) I just don’t feel that the game has fresh draw. It can’t– it’s mostly over. And yeah sure, I can still bust out a mean Rhythm and Police on Maniac (Maniac, yes, not Expert because I’m old), that doesn’t mean I can breathe when those last notes finish.

Do any of you want a DDR film? Do you think this movie is actually coming out? Tell Nerdbot in the comments!