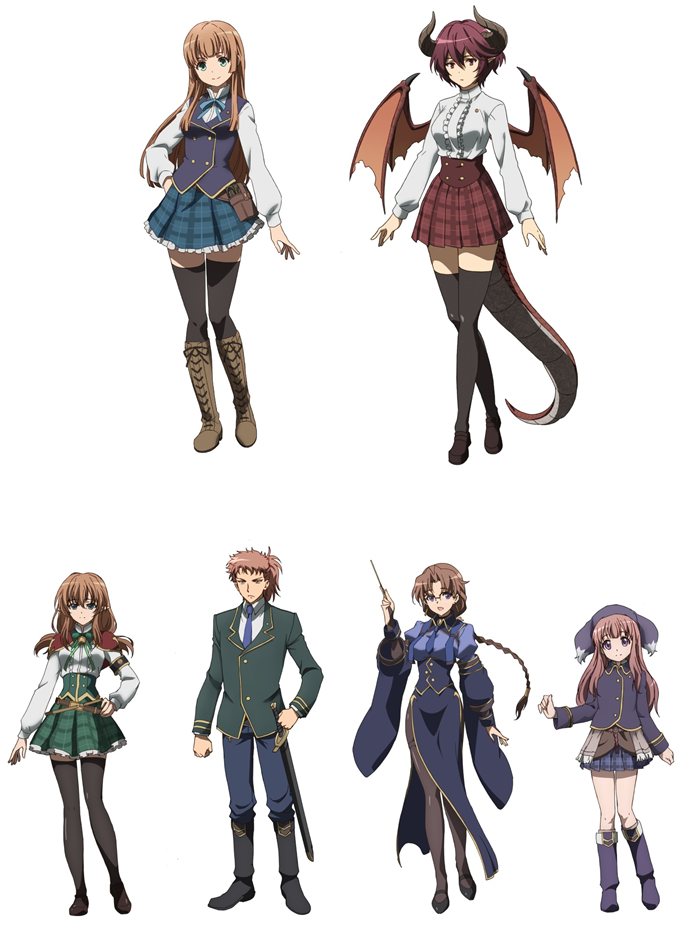 Eagerly-awaited anime based on popular mobile game Rage of Bahamut
finally gets a Japanese broadcast date. 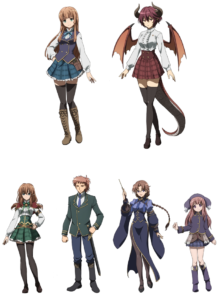 Japanese publisher Cygames has announced that the hotly anticipated animated series Mysteria Friends will be broadcast on Japanese TV in January 2019. The series will feature the much-loved characters Anne and Grea from the popular Mysteria Academy event featured in the Rage of Bahamut mobile game.

Mysteria Friends depicts the further adventure of Anne and Grea, two much-loved characters created by Cygames for the Mysteria Academy event that took place within the Rage of Bahamut mobile game. The two characters have since starred in other games, such as Shadowverse and Granblue Fantasy, cementing their status as firm fan favorites.

Set in the wonderous Mysteria Magic Academy, Mysteria Friends features an original story created specifically for the animated series. It tells the everyday tale of our two heroes and the world they live in, where humans, gods and demons mingle freely.

Directed by Hideki Okamoto of Konohana Kitan fame, it is the first animated TV series from CygamesPictures, and it features the same amazing cast of actors who voiced the characters in the game, with Yoko Hikasa, and Ayaka Fukuhara reprising their roles as Anne and Grea respectively.

Note that the Japanese title of the animated series is Manaria Friends. At the present time the anime and official website are only available in Japanese.

About Rage of Bahamut

Rage of Bahamut is a much-loved digital collectible card battle game developed by Cygames, which launched in Japan in 2011 and worldwide in 2012. The game has been played by many millions of players all over the world, regularly frequenting the top of the US Google Play and App Store charts and although the English version of the game was closed in 2016, it continues to be enjoyed in Japan.

About the Mysteria Academy event

The Mysteria Academy event took place within the Rage of Bahamut mobile game and depicted the adventures of Anne, of the Mysterian royal family, and her Dragonborn friend Grea, as they deal with abominations from another dimension who threaten to disrupt the peaceful harmony that usually presides over the Mysteria Academy.

Cygames, Inc. is an acclaimed developer and operator of popular mobile games. Formed as a CyberAgent group company in May, 2011, Cygames always strives to provide the best in entertainment. The company’s first title, Shingeki no Bahamut (Rage of Bahamut), revolutionized mobile card games when it was released in September 2011. The company’s next ground-breaking adventure, Granblue Fantasy, expanded the possibilities of mobile gaming with an epic story featuring dozens of voice actors. And most recently its digital card game Shadowverse has broken new ground, becoming one of Japan’s top esports with a first prize of a million dollars at its forthcoming World Grand Prix, which will take place in Tokyo this December. In order to create the best content, Cygames puts fun first.