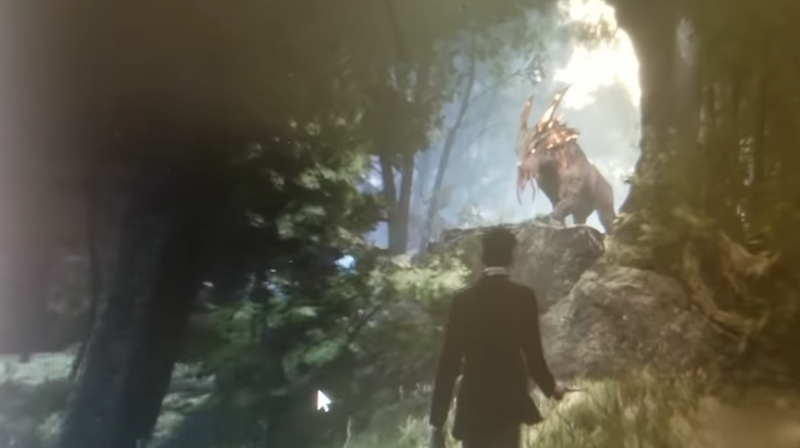 A report first seen on Kotaku shows that a video, leaked this morning by a Reddit user who says they captured it from a focus group, shows an apparent big-budget Harry Potter game that looks fantastic.

Publisher Warner Bros. has yanked the video from YouTube, but you can watch a mirror here. The footage shows, among other things: Wizards in Hogwarts academy casting spells, alchemy experiments, magical creatures, and even a glimpse of the whimsical village of Hogsmeade. The Reddit leaker, who goes by VapeThisBro, describes the game as a third-person open-world action game in which you customize your own wizard, a fifth-year student at Hogwarts.

Kotaku speculates that this game might be in development by Avalanche Software, which was once owned by Disney before it was temporarily shut down in 2016, then brought back to life by Warner Bros. Job listings dug up in early 2017 for Avalanche Software certainly point to a game like this. “We are looking for a talented storyteller with a deep understanding of British culture and grammatical presentation.”

Do you want to play the new Harry Potter video game? Tell Nerdbot about it in the comments!