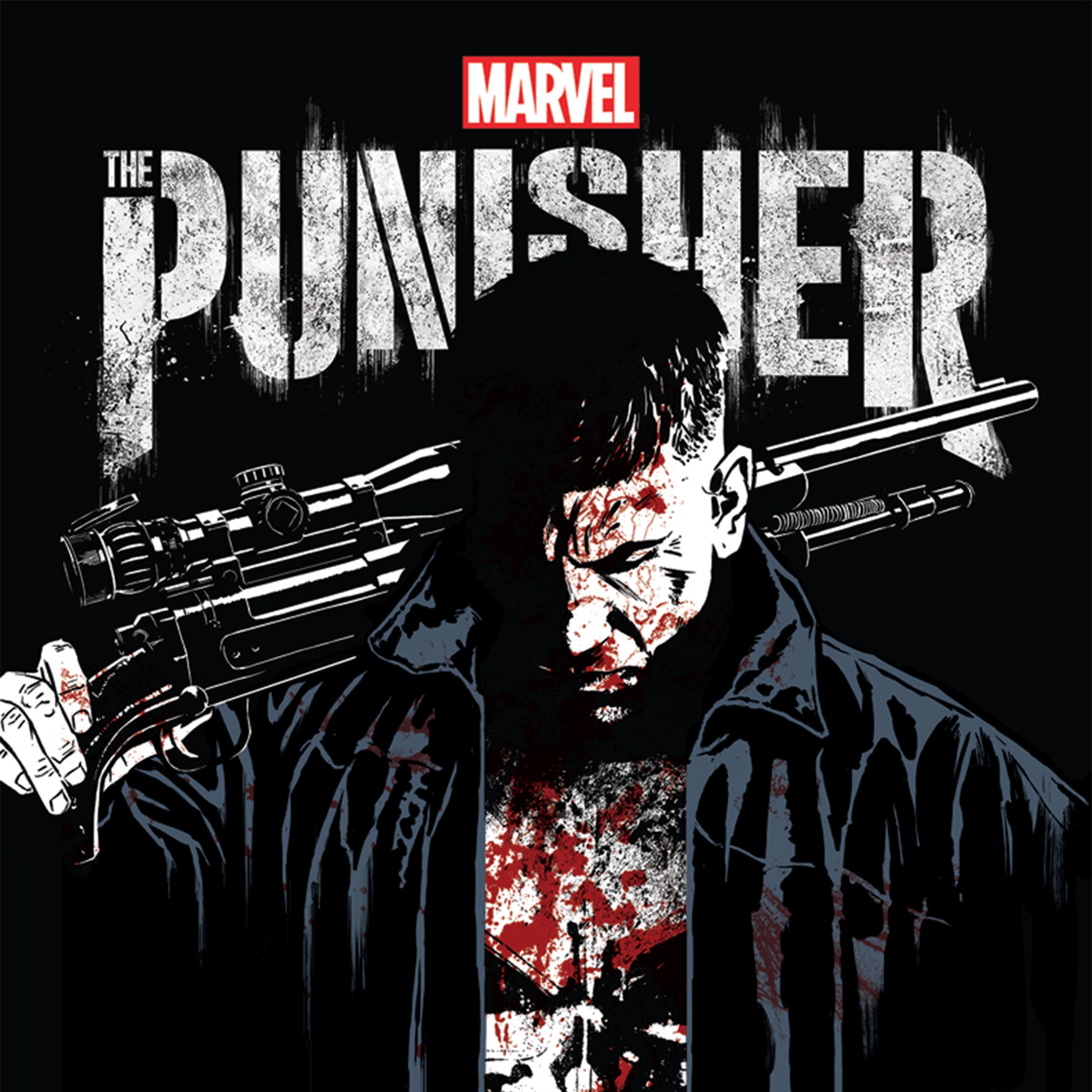 This is a “Nerd Voices” contribution from Nerdbot reader Jonathan Meisner. You can follow him on Twitter!

When you think of people who read and love comic books, your mind may go to the immediate stereotype. Kids with dark rimmed or large glasses, faces full of acne and socially awkward, who grow up to be tech giants and internet bloggers.

While that may be the case to an extent, some of those kids were also metalheads. Comic book readers and fans of heavy metal can be painted with the same brush or colored in with the same ink, looked down upon by regular society as misfits and weird.

So, when those kids grew up and formed their bands, they knew they had to pay tribute to their comic book heroes the only way they knew how, through the power of heavy metal. We’re going to start off with a bit of a duality with a band that named a song after a Marvel comics character, and then we have the opposite where a Marvel character was named after one of their songs.

I’ll admit upfront that I’m not super familiar with Monster Magnet. I remember their song Space Lord being a hit in the late 90’s, and seeing the music video a million times, but aside from that tidbit, I don’t have any real connection to the band.

Their song Ego the Living Planet is an instrumental off their 1995 album Dopes to Infinity. A driving song perfect for the image of a living, breathing, sentient planet hurtling through the universe, long before Kurt Russell helped bring Ego to cinematic life in Guardians of the Galaxy Vol. 2.

On the flipside, Negasonic Teenage Warhead from the same album has nothing to do with the character in the Deadpool movies that Wade Wilson flipped his lid for upon hearing her name. I mean, the video is the band endlessly ironing while floating through space on asteroids. Maybe this was meant to be the video for Ego the Living Planet.

However, Negasonic’s creators Grant Morrison and Frank Quitely had a similar reaction as our favorite Merc with a Mouth and loved the song title so much that a new mutant was born, one with telepathic powers, superhuman strength and speed and would go on to become the first LGBT character in a superhero film openly featuring a same sex couple. While the band clearly had no idea the influence that this at the time oddly titled song would have 23 years ago, so many of us are the better for it. I first became aware of Manowar in the mid 90’s while I was reading one of the many metal magazines I’d purchase from the newsstand at my local mall and an interview with Type O Negative’s Peter Steele had him singing the praises of this band of fellow New Yorkers.

Their name sounded cool enough, and when I went to the record store in the mall and saw the album covers, reminiscent of a Frank Frazetta painting of mighty warriors and barbarians, I snapped up as many of their CD’s as I could and was not disappointed with Manowar’s straight ahead heavy metal sound.

I mean, how could I be disappointed?! The covers looked larger than life and badass, and as a lifelong fan of Conan, Dragonlance and Dungeons and Dragons, Manowar’s songs about swords and hammers, kings and gods, and epic battles where the victor go the spoils and the fallen are to be honored forevermore in Valhalla set my teenage mind ablaze!

Now, I’m sure some of you are saying, “but their song Thor isn’t necessarily about the Marvel comics character but more about the Norse God”. To this I say, what’s the difference?! While these brothers of metal are celebrating the god of thunder, son of Odin with his mighty Mjolnir in hand, it’s obvious Stan Lee, Jack Kirby and the gang at Marvel were inspired by the mythology just as much as Manowar would be years later, it’s all a matter of semantics. Art imitates life they say, however Manowar are far from imitators, but are Kings of Metal, fitting for a deity with the power of Thor. What do you do if you’re a massive fan of Todd McFarlane’s Spawn, but when you approach him about writing original songs for the upcoming live action film, he politely declines?

The Dark Saga is a bit of a departure from Iced Earth’s more intense and heavier records, lending itself to a more simplified, melodic sound. Shorter, punchier songs, the entire album needs to be heard to get its true meaning, a tribute to the bands favorite comic. It hits all the marks highlighting Al Simmons betrayal and demise (I Died for You), descent into madness (Depths of Hell), to his insatiable lust for revenge and redemption (Vengeance is Mine).

While the band would release other concept albums as time went on, The Dark Saga may have had the most crossover appeal with the band making appearances at several comic conventions to promote it, and despite not accepting song offers for the Spawn motion picture soundtrack, Todd McFarlane was appreciative enough of the bands fandom to create the cover art. A clear representation that heavy metal and nerd culture can raise a little hell in unison. Dave Mustaine and Frank Castle share some similar characteristics. Brooding, moody, and at times deeply troubled. While the frontman of thrash metal powerhouse Megadeth has never taken his dark days to the levels of Marvel’s The Punisher, it goes without saying he found a connection to the vigilante with the skull emblazoned chest, intent on punishing violent criminals to avenge the deaths of his wife and children.

The first song penned by Mustaine, “Killing is my Business…and Business is Good” from the bands debut album of the same name, is a complete and total Punisher inspired track about a paid assassin who will stop at nothing to complete his assignment but is quick to eliminate those who contracted him in a twisted narrative of the ends justifying the means.

The opening track “Holy Wars…the Punishment Due” from the bands fourth record, 1990’s Rust in Peace isn’t a complete representation of the Frank Castle character; the first half is about the Northern Ireland decades long conflict between the Catholics and Protestants.

But elements of the Punisher were visible during the second half of the song, with lyrics like, “they killed my wife and baby with hopes to enslave me, first mistake…last mistake! Paid by the alliance to slay all the giants, next mistake…no more mistakes!”

As we’ve seen throughout this article, some of the best metal lyrics, and most loved metal songs are derived from the over the top and larger than life characters found within the pages of our favorite comic books. Whether it’s the brightly colored panels, or the stark blacks and whites with their deep, foreboding shadows sprawling across the page alongside rich storytelling, comic books and the characters we grow to love give us the free reign to express ourselves in ways we may not have imagined before. When someone asks me the question, Metallica or Megadeth my answer is always Anthrax.

Part of thrash metal’s celebrated “Big Four” along with Slayer, if Metallica and Megadeth were compared to comics they could conceivably be Marvel and DC respectfully. Anthrax will forever be tied though to the U.K.’s 2000 A.D.

While Anthrax’s counterparts in Metallica and Megadeth may be the bigger sellers, and the more widely celebrated much like Marvel and DC, Anthrax and 2000 A.D. continue to plug along with a dedicated and hardcore fanbase. Would Hetfield and the boys or Mr. “Angry Again” Mustaine be willing to roll into the Bundy household, hang out with Kelly and Bud and survive eating the mystery pack?

Falling in love with the outrageous artwork and even more outrageous storytelling behind Judge Dredd, Scott immediately got to work penning a song that with its hard driving, chunky riffs would be fitting of the man who constantly reminded his fellow citizens who was in charge. I Am the Law encapsulates Dredd’s rise through the academy to become the most feared and respected Judge with his Lawgiver always by his side.

While bands like Metallica and Megadeth, and comics such as Marvel and DC have become giants of the industry, Anthrax and 2000 A.D. have always lingered around the outer fringes, representative of the underdog spirit, entities that are just as important, just as impactful and just as loved as their larger and arguably more successful counterparts.

The one undeniable connection that comics and heavy metal share is they can be a form of escapism and catharsis from the troubles of our daily lives. They can also draw us together, give us strength, embolden and inspire. They allow us to dream big, to want to scale that mountaintop and reach for all the glory in the heavens above.

Through comics and metal, Warriors of the World United are we.