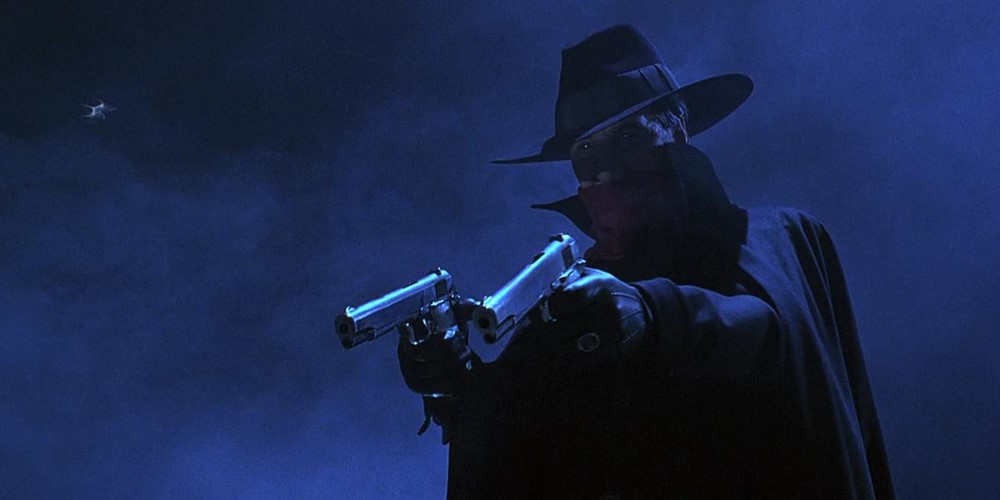 9 Unsung Superhero Themes To Add To Your Playlist

Every comic book movie fan has their favorite superhero theme music. I can guarantee you’ll find John Williams’ Superman and Danny Elfman’s Batman themes on any top ten list. Newer tracks like Hans Zimmer’s Wonder Woman and Alan Silvestri’s Avengers themes have also become modern classics. But what about lesser known superhero scores? What about movies that people didn’t even like? Good themes from unpopular and unknown movies deserve recognition, too. Here are just a handful of tracks that you can add to your playlist.

Who knows what evil lurks in the hearts of men? Clearly, master composer Jerry Goldsmith does. His music for 1994’s The Shadow is easily the most memorable part of that movie besides Alec Baldwin’s rubber nose. The tinkly synths and bells work to heighten the mysteriousness of the character without taking away from the heroism of the brass.

The Shadow’s release got sandwiched between box office juggernauts The Lion King and The Mask, killing its franchise potential. But Goldsmith’s score not only managed to get a release in 1994, but also an expanded 2012 re-release, giving fans a perfect chance to hear it in full.

Hot off his success on Tim Burton’s Batman, Danny Elfman took on another tortured hero: Darkman. Kicking off a longstanding collaboration with director Sam Raimi, Elfman’s theme for the unhinged and disfigured hero successfully blends melodramatic moodiness with classic horror.

At the time, the Darkman score was criticized for being too similar to Batman’s score. Regardless, it’s a strong piece of music, one that was wisely reprised in the direct-to-video sequels.

2012’s reboot of Judge Dredd starring Karl Urban was a tight and effective actioner, a throwback to the no-holds-barred flicks of the 1980’s. Fitting, then, that composer Paul Leonard-Morgan went for a grungy ‘80s vibe with his score. The heavy industrial sound embodies Dredd’s dystopian hometown of Mega-City One while providing the perfect punchy backdrop for him to growl “I am the law.” Keep an ear open for Dredd’s main theme during the motorcycle chase and the stairwell shootout.

Sadly, despite its high quality, Dredd wasn’t able to attract audiences, lasting only three weeks in theaters and making a measly $41 million at the box office. It’s now seen as a modern cult classic, but that means Morgan’s score has cult status, as well. Just like the movie, this soundtrack deserves far more attention.

The sequel to Ghost Rider isn’t going to make anybody’s top 10 list…except mine. Sure, it only has 17% on Rotten Tomatoes. It’s an hour and a half Nicolas Cage at his dopiest. Even the DVD cover won’t acknowledge the directors as filmmakers (it literally says “From the guys who made Crank”). But Ghost Rider: Spirit of Vengeance was my favorite movie of 2011, and that’s due in no small part to David Sardy’s soundtrack.

Sardy’s Ghost Rider theme (though strangely not featured in the track titled “Ghost Rider Theme”) pops up in all the major action sequences. With its thumping guitar riff and horror chorus, the theme revs up the fights with a sense of chaotic menace. If for nothing else, check out Spirit of Vengeance for this wicked tune.

What do you get when you cross the Animorphs with a low quality episode of Matlock? One of the most famous failures in television history. 1983’s Manimal starred Simon MacCorkindale as a shape-shifting crime solver who could transform into any animal of his choosing. Unfortunately, he couldn’t shape-shift into “successful TV star” and the show got canned after only 8 episodes were made. But that didn’t stop composer Paul Chihara from making him some awesome theme music!

The Manimal theme’s strength isn’t just in its jungle inspired beat, but in its versatility. There is a remix of the theme for each different transformation. My favorite is the hawk version. It captures the fast and agile feel of the bird. Although there is no official release of the soundtrack, Shout! Factory released all eight episodes on DVD for your viewing and listening pleasure!

Matthew Morse is not a very big name in the soundtrack business. In fact, with credits like Ninja Vengeance and Silent Night, Deadly Night 5, it’s probably pushing it to even call him a small name. But his theme for 1991’s manga adaptation The Guyver is top tier. The power behind the bass and drums in this theme is breathtaking.

Despite the music’s strength, the movie was a disappointing joke that failed to connect with audiences. Because of the movie’s unpopularity, the soundtrack was only officially released in Japan. But it’s more than what the sequel’s music would get.

No, this is not the Les Claypool from Primus, but the man is no less talented. This new Guyver theme, with its driving strings and clanging drums, is just one of many reasons that this movie is a fan favorite (along with the manga-accurate hyper violence).

Unfortunately for fans, this 1994 direct-to-video score has never seen an official release, but not for lack of trying. Claypool has been responding to fan interest on a soundtrackcollector.com forum since 2003, promising to push for a CD. His last update was back in 2015, so if you’ve completely run out of patience, you can always hear the music in the movie.

When people think of the X-Men, the music that pops into their head is…the opening to the animated series. But if they grew up on the movies, then they’ll think of…John Ottman’s theme from X2, Days of Future Past, and Apocalypse. But let’s take a trip back to 2000, before all the reboots and Wolverine solo movies, and take a listen to Michael Kamen’s valiant efforts for the very first X-Men.

Filled with swelling strings and an electronic underlay, this X-Men theme proves unique and matches the serious yet adventurous tone of the first film perfectly. That said, with Michael Kamen’s death in 2003 and John Ottman’s rousing music being the go-to theme for current X-Men projects, it’s unlikely we’ll ever get to hear this one in another movie. In speaking of John Ottman…

Ah, the original Fantastic Four movies. They’re nobody’s favorites, but they make for some nice harmless, fun. And that’s exactly what John Ottman delivered with his Fantastic Four theme. It’s jaunty, it’s heroic, it’s got all the hallmarks of a classic superhero theme.

Sadly, Ottman’s Fantastic Four was seen as a step down from his work on X-Men 2, so this theme was largely ignored. Sure, it doesn’t give me goosebumps like his X-Men theme did, but the Fantastic Four is a perfectly good earworm.

What are your favorite unsung superhero themes? Are there any fan favorites that we’ve missed? Let us know at Nerdbot in the comments!