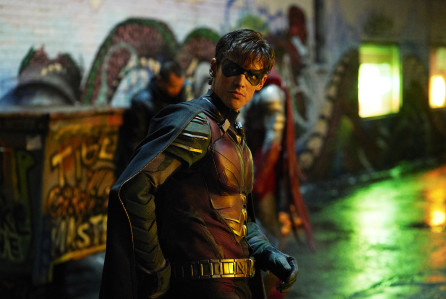 In a report from Deadline, Netflix has closed a deal with Warner Bros TV for international rights to the studio’s upcoming live-action drama series Titans. The show launches in the U.S. on October 12 on DC Universe, Warner Bros’ newly launched streaming platform, as the service’s first live-action original series.

Netflix will stream Titans globally outside of U.S. and China (where Netflix is not available) under the Internet network’s co-licensing model for partnering with major studios on series that have U.S. distribution.

One of the first shows Netflix boarded in a co-licensing deal was Star Trek: Discovery, another sci-fi/genre live-action drama series with a well-known title that helped launch the original slate of a domestic U.S. streaming platform, CBS All Access. Titans is the second DC series from WBTV to land a co-licensing agreement with Netflix for international distribution, joining Black Lightning.

Written by Goldsman, Johns and Berlanti based on DC characters, the 11-episode series follows a group of young, soon-to-be superheroes recruited from every corner of the DC Universe. In the action-adventure series, Dick Grayson (Thwaites) emerges from the shadows to become the leader of a fearless band of new heroes that includes Starfire (Diop), Raven (Croft), Beast Boy (Potter) and others. Titans is a dramatic, live-action adventure series that will explore and celebrate one of the most popular comic book teams ever.

9 Unsung Superhero Themes To Add To Your Playlist