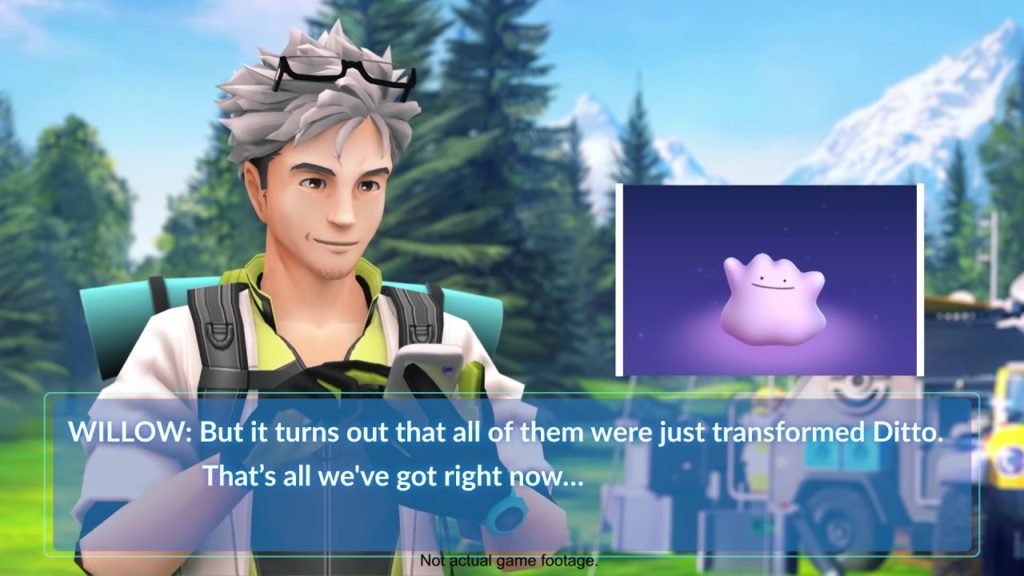 If you have been playing Pokemon GO at all recently, you may have noticed something interesting. Strange little Pokemon with hex nut shaped heads have started popping up all over the place. These Pokemon are simply given the name “???” and upon catching them they transform into dittos. Are they a glitch? A mistake or trick? The Pokemon Company finally provided an answer to these questions this morning, it turns out this Pokemon is legitimate and its name is Meltan.

Meltan is a “lil’ tiny steel-type Pokemon, measuring only 8 inches in height.” Known as the Hex Nut Pokemon, it has a hexagonal shaped head with a single eye in the center of it. Its body is a flexible blob of liquid metal. Upon capturing Meltan, they immediately turn into dittos, meaning no trainers actually have obtained the mysterious pocket monster yet. In their announcement video, the Pokemon Company confirmed Meltan to be a rare, mythical monster. This small creature serves an important purpose, it will be a link between Pokemon GO and Pokemon: Let’s Go! for the switch when the games launch on November 16.

In the newest trailer for Pokemon: Let’s Go! released earlier today, trainers see Professor Willow on a video call with Professor Oak. Willow explains to Oak that he has captured one of these fake Meltan and asks Oak if he has any idea on what it could be. Oak reveals it to be an ancient, undiscovered Pokemon he found in a book. The two decide  to head out into the world and try and discover the real Pokemon all of these ditto are keen to impersonate. Trainers will have to wait until November 16 to see exactly how this tiny Pokemon will be utilized between the two games, but they can still head out into the wilds to get a glimpse of it now.