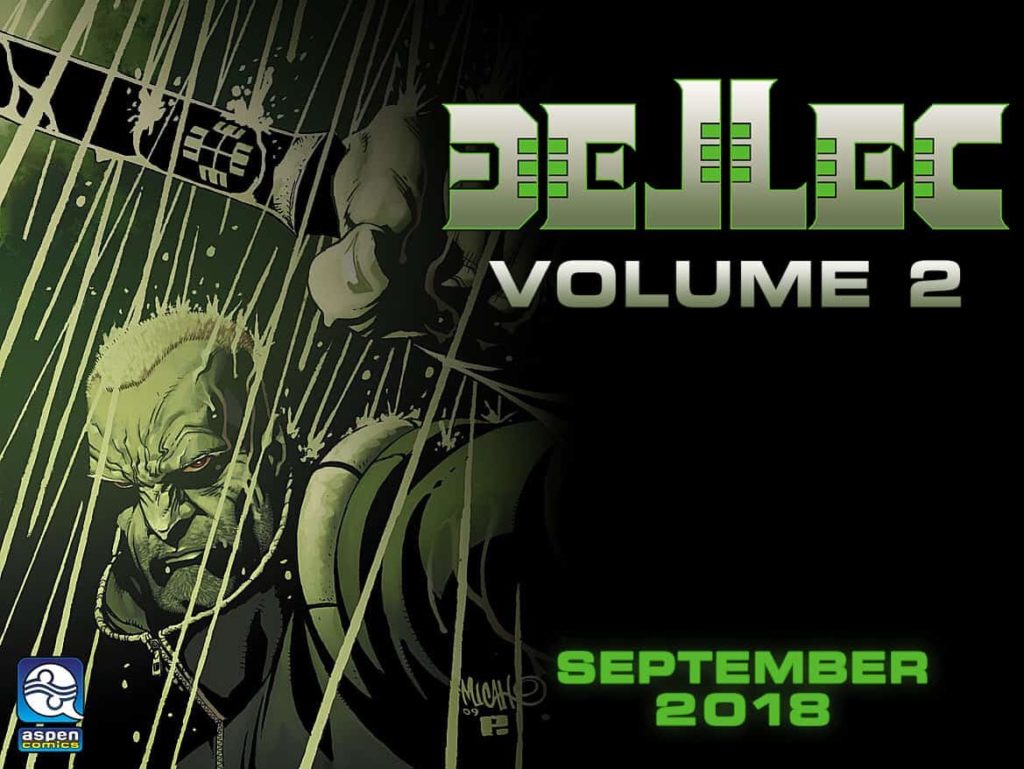 Aspen Comics drops yet another new series on us this week!

Hopefully by now you’ve picked up a couple of these books we’ve reviewed as there are some very special things happening in the world of independent publications. The folks over at Aspen have been kind enough to give us a copy of Dellec Vol #2 Issue #1 so let’s take some time to discuss what’s going on with the story and hopefully entice you to check it out for yourself. 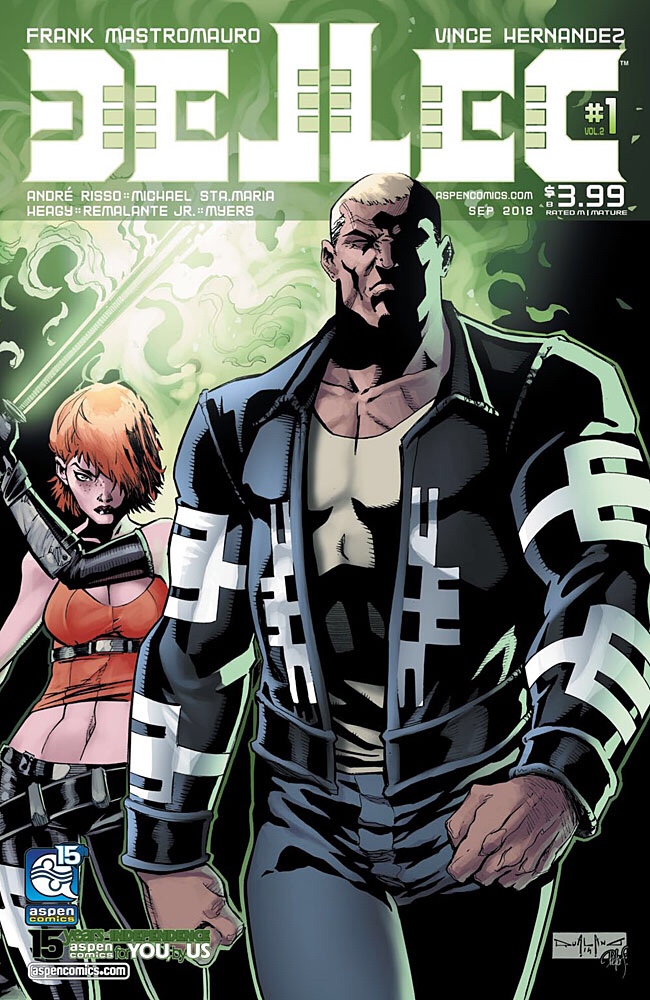 To launch a comparison, Dellec is very similar to John Wick. Who doesn’t like John Wick? A kind of regular guy on a quest for vengeance, ridding existence of the evil forces responsible for the death of a loved one. John Wick lost his dog to the mob and Dellec lost his wife to the bloodthirsty Demi-God Tera. Both use their pain as the gas to fuel the fire of anger burning inside them.

Titled “On Earth As It Is In Heaven” the issue begins with a Fury Road style chase sequence between Andy and a gang called the Kongs. No joke, something taken straight from the mind of George Miller himself. 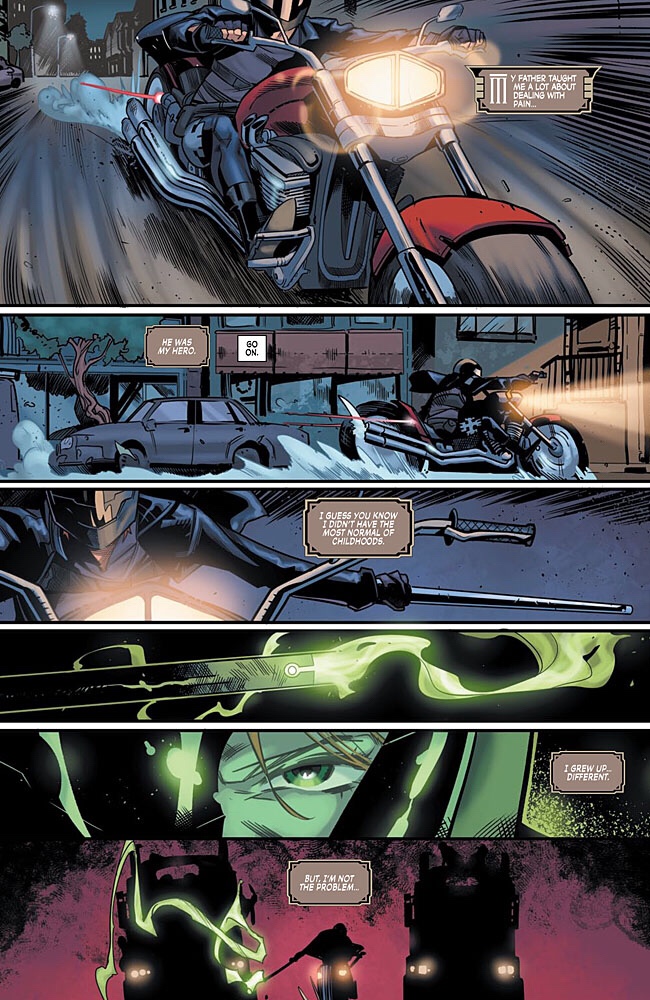 They have gorilla masks, weapons, even a modified semi truck with a battering ram attached to the front. All that’s missing is Immortan Joe. 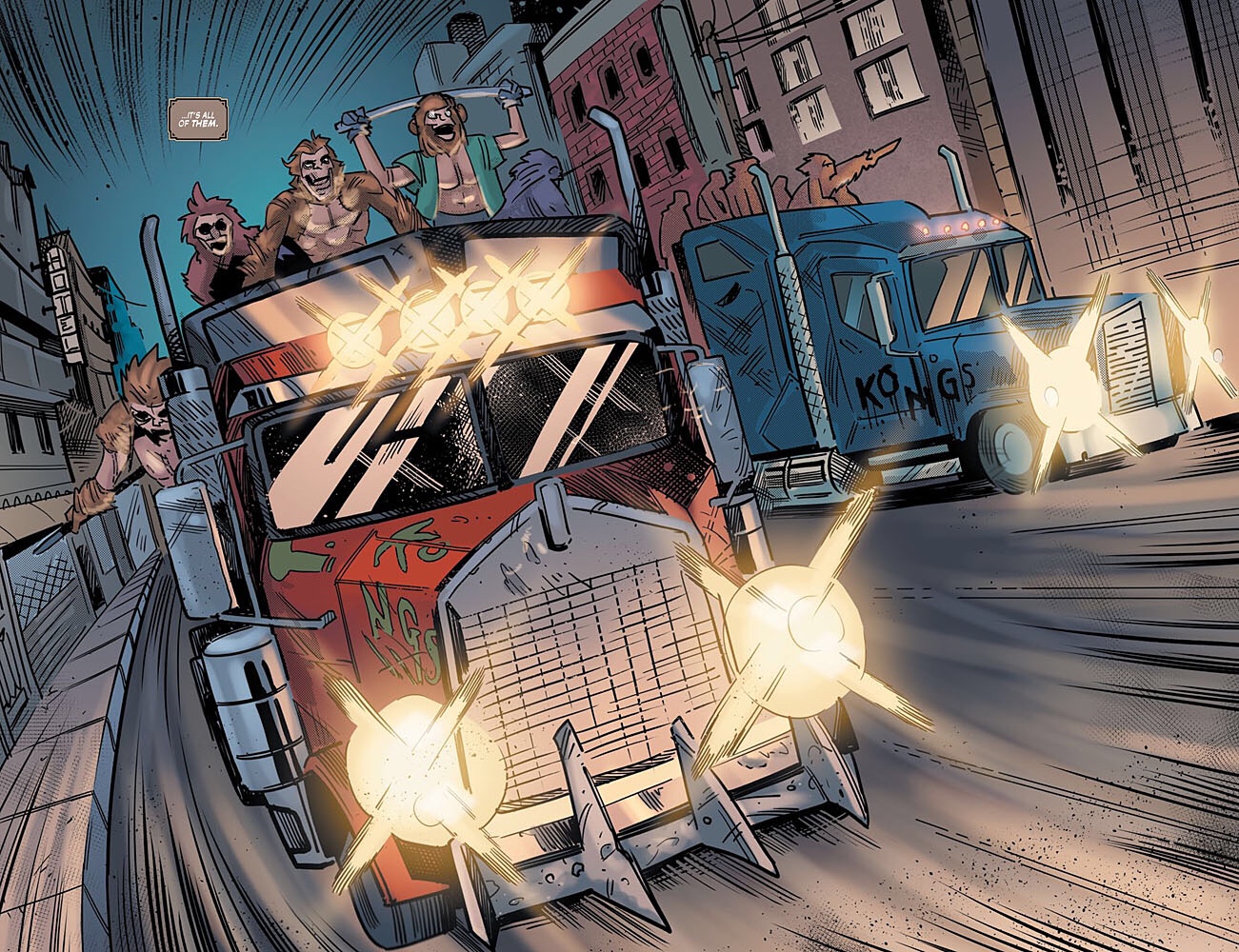 She manages to escape, then we cut to an Adam & Eve scene bearing metaphorical significance to the current times.

Next, Andy meets Strayer, an older fellow who introduces her to a group of warriors hiding below the surface. They’re no longer alone in this fight.

The second half of the story follows two men, prisoners, held captive by a mysterious Queen. One complains to the other about their situation and says he wants out. Leroy, makes a brief attempt to clam him down but the dude’s desire to leave becomes more of an annoyance. So what does Leroy do? He summons the dark Queen who sends her army to to take the other guy’s life, then the souls of anyone they can find.

From the debris, a light shines. The glow eventually takes shape revealing our hero Dellec. He turns around to find a young man named Strayer accompanied by a couple mythical beasts. 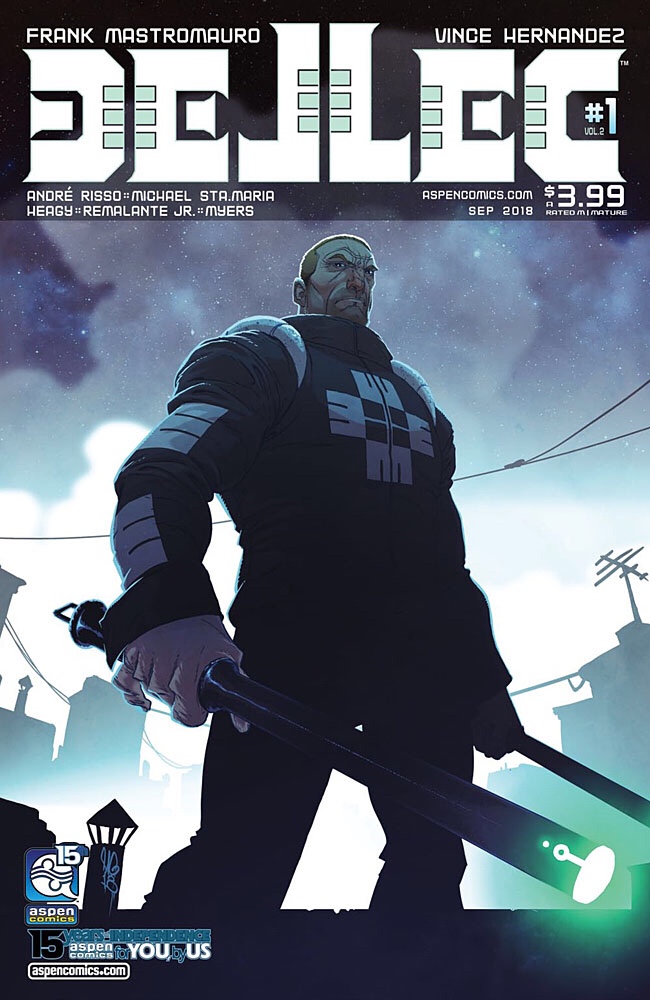 In all seriousness, this issue of Dellec is an incredibly easy read. It clocks in at less than twenty pages, with only two main story threads. Sometimes God only knows how many plots happening at once can overwhelm the reader while taking away from character development. Totally not the case here. Don’t be turned off from the lack of arcs and twists. Dellec is more of a slow burn, sacrificing major events in hopes of setting up the situation for a payoff later on. That’s cool. It’s a bad idea to light the fire too early.

Remember Dexter on Showtime, the first couple seasons they went all out and as the show continued, it became harder to recapture the magic. In the instantly gratified society we live in, the beauty of a slow burn can go unappreciated.

Have you started reading Aspen Comics yet? Let Nerdbot know in the comments!!