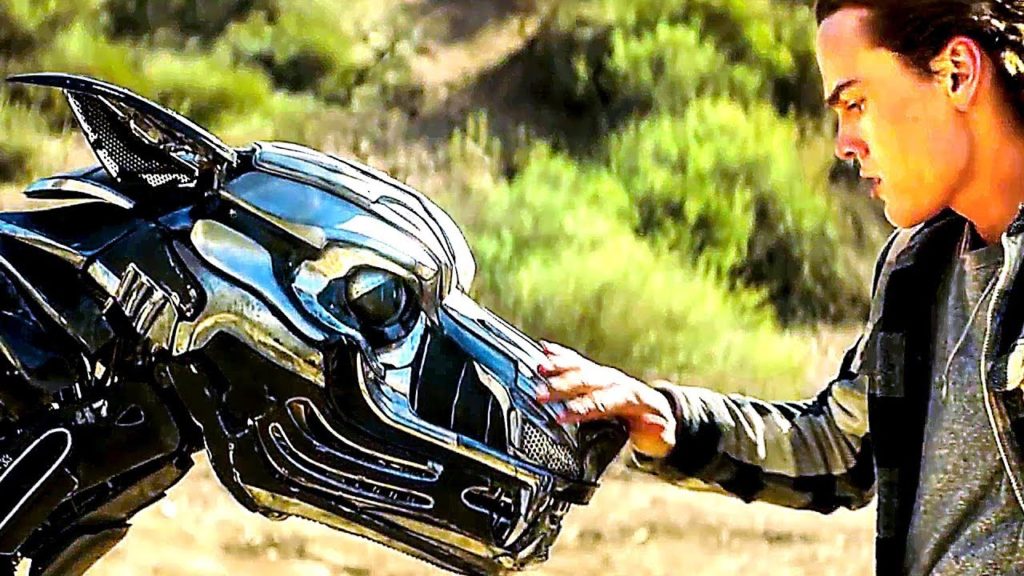 This is a “Nerd Voices” contributing piece by B.A Walsh.

A.X.L. is a mildly entertaining boy and his dog movie that covers familiar ground. It is the same plot we have seen over and over before (E.T., Short-Circuit, and Monster Truck to name a few) and probably will see again once Bumblebee hits the theaters. 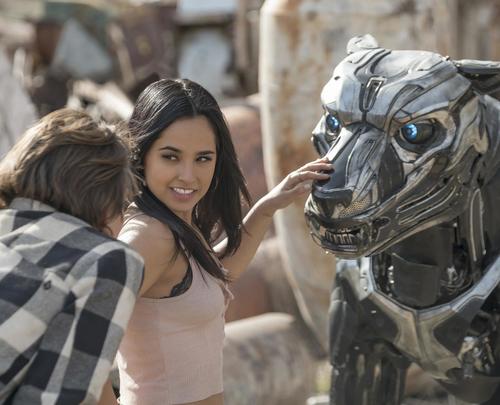 The movie opens when the title character has apparently run away from home, where home is the high-tech company that has taken on a multimillion dollar military contract to design and build a robotic ‘war dog.’  (No doubt this idea comes from the same great military minds who think deploying Raptors would be a good idea, but that’s another movie).  At least the people in charge must have watched enough sci-fi movies to get the idea that a killer robot might be a problem if it turned on its makers, so the idea is that the robotic war dog would ‘bond’ with a particular soldier. This bond mimicking that of a faithful flesh-and-blood canine companion would hopefully keep the robotic dog from going all Skynet on its masters. Sadly, it apparently hadn’t occurred to any of the people responsible for building and testing the prototype to bond with A.X.L., so their creation decides to up and leave because…well we really don’t know although we assume because he is unhappy with his situation as he growls a bit when looking back at his pursuers.

The scene then switches to a dirt bike race, where we meet our hero Miles (Alex Neustaedter), a working-class everyman trying to get his big break; his plucky soon-to-be girlfriend Sara (Becky G), who helps him out of a tight spot; and his rival in sport and in romance Sam (Alex MacNichol), a rich young man with a posse of suck-ups who turns out to be something of a jerk. And it is the actions of said jerk that end up setting our hero on a collision course with A.X.L.

After a rough start, Miles does the equivalent of removing the thorn from the lion’ paw and the two become friends. They cement their bond by racing around the hills at the deserted junk yard where A.X.L. has been hiding out. Sara is soon introduced into the mix, and there is now a little romantic interlude courtesy of a match-making canine.  But reality rears its ugly head when the question of what to do with their new-found friend arises. Our hero feels that A.X.L.’s creators don’t deserve the robot dog because they were mean and that he should keep it, despite the counsel of his girlfriend and father that someone spent a lot of money on the robot and are going to want it back.

This advice is rather prescient, as the head of the tech company needs his property back for a demonstration to the army.  And while the tech company seems to employ only two scientists, it does have access to quite a few goons. This paves the way for a showdown between our scrappy gang and the corporate and later military forces who want to break them apart. A climactic chase and confrontation occurs, the resolution of which leads into an epilogue hinting at a possible sequel (if the movie makes money).

Overall A.X.L. makes a pleasant enough Saturday afternoon diversion where you can enjoy popcorn and air conditioning and switch off your brain for a bit. The most outstanding performers are probably the stuntmen for the dirt bike scenes. The cast don’t really have too much material to work with and so give adequate performances. The PG rating means that there is not much to bother younger viewers. No harsh language and only a little flirting. Mild action/violence, although themes of bullying and some scenes of fire/explosions might be a little intense for the very young.

Do you have plans to see A.X.L.? Or is the premise too simple and tropey? Tell Nerdbot about it in the comments!