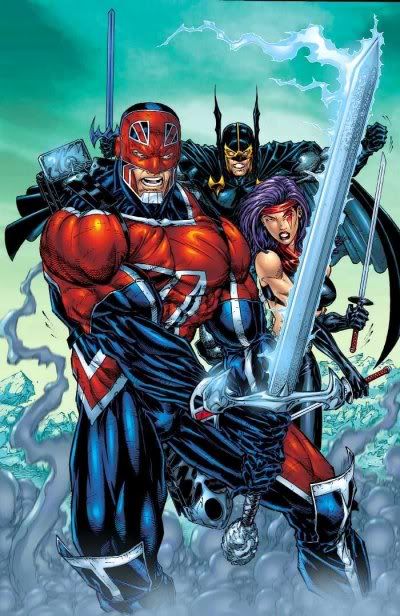 With the Marvel Cinematic Universe always expanding with new characters, it comes to no surprise as they continue to broaden their horizons on more heroes; this time outside of America.

A personal source from Ain’t It Cool News, referred to as Super Grip, came to them with a rumor that Marvel was in the early development stages of a Captain Britain and Black Knight movie. The movie is said to be directed by Guy Ritchie (Sherlock Homes) and will possibly replace the slot left open by the halted Guardians of The Galaxy Volume 3.

Here is what “Super Grip” had to say:

“I work at various movie studios in the UK and have been situated at Pinewood for a few weeks, and I’m moving to Cardiff on a project soon. I haven’t seen anything about this online anywhere, so I thought id send the info on to you: Space at Pinewood has been booked for November & December 2018 to hold auditions for a Marvel project called CAPTAIN BRITAIN AND THE BLACK KNIGHT. The name of the director booked in for all these dates is GUY RITCHIE. Marvel seems to be moving fast with it to fill in the space left behind by Danny Boyle’s aborted Bond 25. Everyone is excited because it looks like another few months of solid work when we thought we would have to wait a while.”

This rumor should be taken with a grain of salt, of course, since the source has not been vetted in anyway. However, Kevin Feige has gone on record to say he has had many thoughts to bringing the character of Captain Britain to the big screen. This would be Marvel’s first British superhero and not an American hero played by a British actor.

For those not familiar with the characters, Captain Britain also know as Brian Braddock, is a British superhero created in 1976. Brian Braddock is gifted with powers by Merlyn and his daughter Roma. He then becomes the defender of Britain. For a while, Captain Britain was solely based in the UK until he was brought over America to head the British spin-off XMen team, Excalibur. Braddock himself is not a mutant, but he does have a connection to the mutants because of his twin sister, Betsy, a familiar Marvel character known as Psylocke.

Black Knight probably refers to Dane Whitman, a Marvel Comics character created by George Tuska and Roy Thomas. Whitman comes from a family of supervillains. Instead of sticking with the family business, Whitman joined the Avengers. Black Knight carries the mystical Ebony Blade that grants him his powers. He has fought many times alongside Captain Britain due to their connection to the Otherworld. 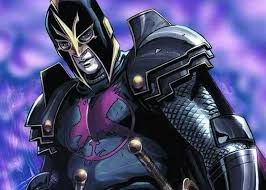 Would you like to see a Captain Britain and Black Knight movie? Who would you cast to play the titled characters? Let Nerdbot know in the comments below.