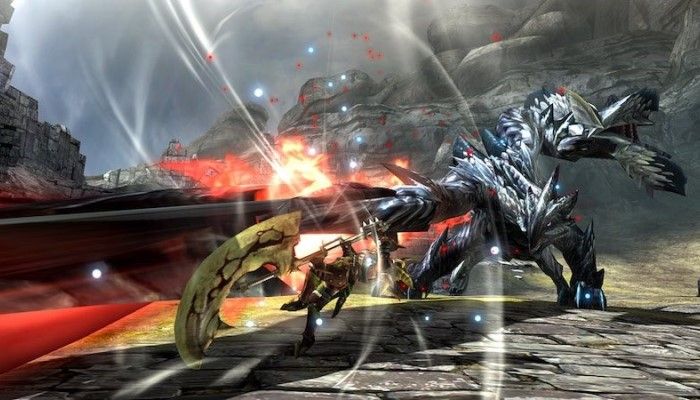 Monster Hunter: World was undeniably a game-changer for the franchise. Its sleek graphics, improved gameplay mechanics, and accessibility to new players resulted in an explosion of interest for the series. So much interest in fact, that Capcom labeled it their “bestselling game in the Company’s history.” It’s no surprise then that Capcom soon followed the game up with the release of Monster Hunter Generations Ultimate, an HD port of Monster Hunter XX (originally a Japan only title). Players who eagerly start up this new title are in for a shock though, this is a far different beast from the one they experienced in World. This is my list of five crucial things players should know transitioning from World to Ultimate.

Monster Hunter Generations Ultimate asks players to select a hunter style right after they have designed their hunter. There are six styles to choose from: guild style, striker style, adept style, aerial style, valor style, and alchemy style. Each style has its own unique advantages and disadvantages. Players can switch between these styles as much as they desire, giving them a chance to test out how each style works and discover the various hunter arts they unlock. Hunter arts are special moves such as powerful attacks, evasions and counter-attacks that players can utilize throughout their hunts. Each weapon type has unique hunter arts they can unlock, so it is beneficial to test out the different styles with different weapons. Utilizing the various styles to the fullest can give new hunters an edge in combat. If you are wondering just what these various styles entail, here is a quick guide on how they work.

2) There Are No Expeditions

You load into the game for the first time and head towards the gates. First things first, you want to go on an expedition so you can explore this new world and start gathering materials for crafting. Except all that happens is a menu pops up asking you to select between different areas in town or create a multiplayer hub. Where are the expeditions? Expeditions have been replaced with quests labeled “tours.” Selecting a tour allows you to explore any of the areas of the game and collect materials as much as you desire (or more likely, as much as you can carry). There is a time limit of fifty minutes on these quests but if you would like to return early you simply slip a paw pass into the quest box to end the tour immediately.

3) The Hub World is Split Up

In Monster Hunter: World you were given a comfortable place to call home in the form of Astera. Everything you needed could be conveniently accessed from this one location. If you wanted to access multiplayer you would simply go upstairs to the gathering hub. Want to upgrade some weapons? Head on over to the smithy. In Ultimate however, you can travel between four different villages which each have their own unique quest lines to complete. Each village also has their own smithy and armory, meaning you will have access to different materials depending on which village you are exploring. You can also find your poogie in some of the villages, as you may have noticed the disturbing lack of adorable pig in the initial village of Bherna.

4) Tracking is Done with Paint Balls

Whether you loved or hated them, scout flies were undeniably a staple of World. These colorful bugs would catch the scent of tracks you picked up throughout the world to track your target monster. They were always with you, meaning you never had to worry where your monster target may have scurried off towards. Ultimate however, has no insect companions to guide you. There are no tracks or scratches to analyze. Hunters must journey into the wilderness and track the monsters alone, using only their knowledge of the monsters themselves. Once a target has been located, hunters must shoot a paintball at the beast which will then mark it on the map with a glowing pink dot. If you forget to pack paint balls or forget to shoot the monster with one you are out of luck. No marker means you will have to explore each area until you find the monster once again.

5) Multiplayer is Limited to Four Players

In Monster Hunter: World sixteen players could occupy a gathering hub simultaneously. This meant a lot of opportunities for players to get into arm wrestling shenanigans and other crazy escapades between their hunts. You could check out each others’ weapons and armor, share a meal, or even dance using the emotes if that suited your fancy. Only four players could actively hunt together at a time, but the hub allowed multiple teams to go out and hunt simultaneously. Players may be surprised to discover that Ultimate has made that world a lot smaller. Only four players can actively be in a hub at the same time, the maximum amount allowed to hunt together. Players can do a lot of the same things they did in the hub in World, but now with a lot less people.

Monster Hunter: World and Monster Hunter Generations Ultimate present two extremely different sides to one beloved franchise. Although the games are designed very differently, both at their core maintain the premise of a simple life hunting monsters and constantly improving yourself. So despite the many hurdles you may face on your journey to figuring out the complexities of Ultimate, I hope each and every person who loves World will give Ultimate a try. The payoff, and carves, are well worth it.

Are you a Monster Hunter fan? What are some of your favorite games to play? Tell Nerdbot about it in the comments!