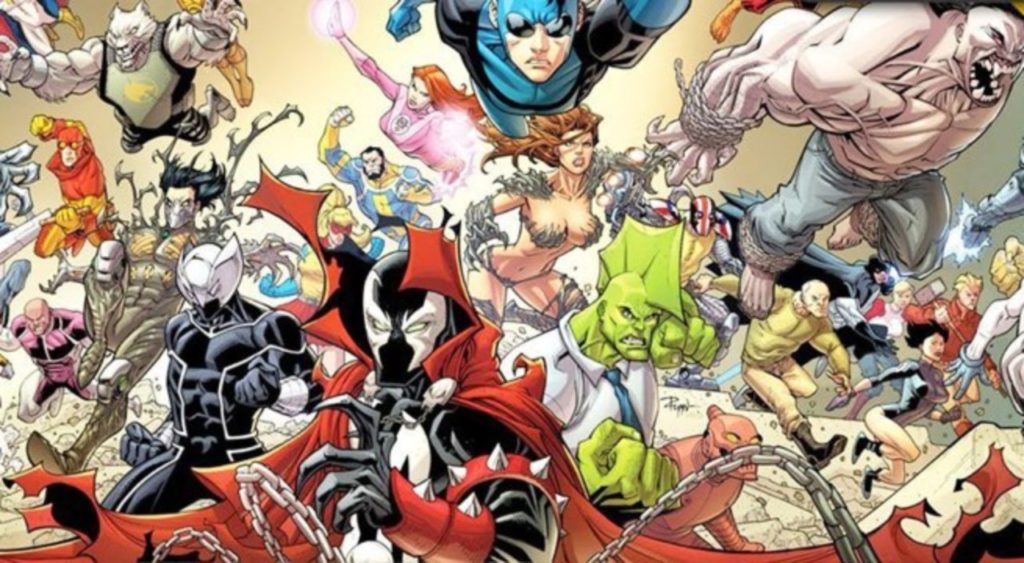 5 Comic Book Titles From Image That You Should Read

Comic Books are as popular as ever in the world we live in today. The most popular of these comic book companies, of course, are DC and Marvel. Both companies catch a lot of headlines due to their movie and television universes adapting. Some of their most popular characters from comics panel to live action movies. A comic book company, I believe, that deserves more attention is Image Comics. Image comics may not have the film or television monopoly, but they make up for it in amazing titles. Here are a list of 5 of my favorite comic series published, by Image, that are a must read. 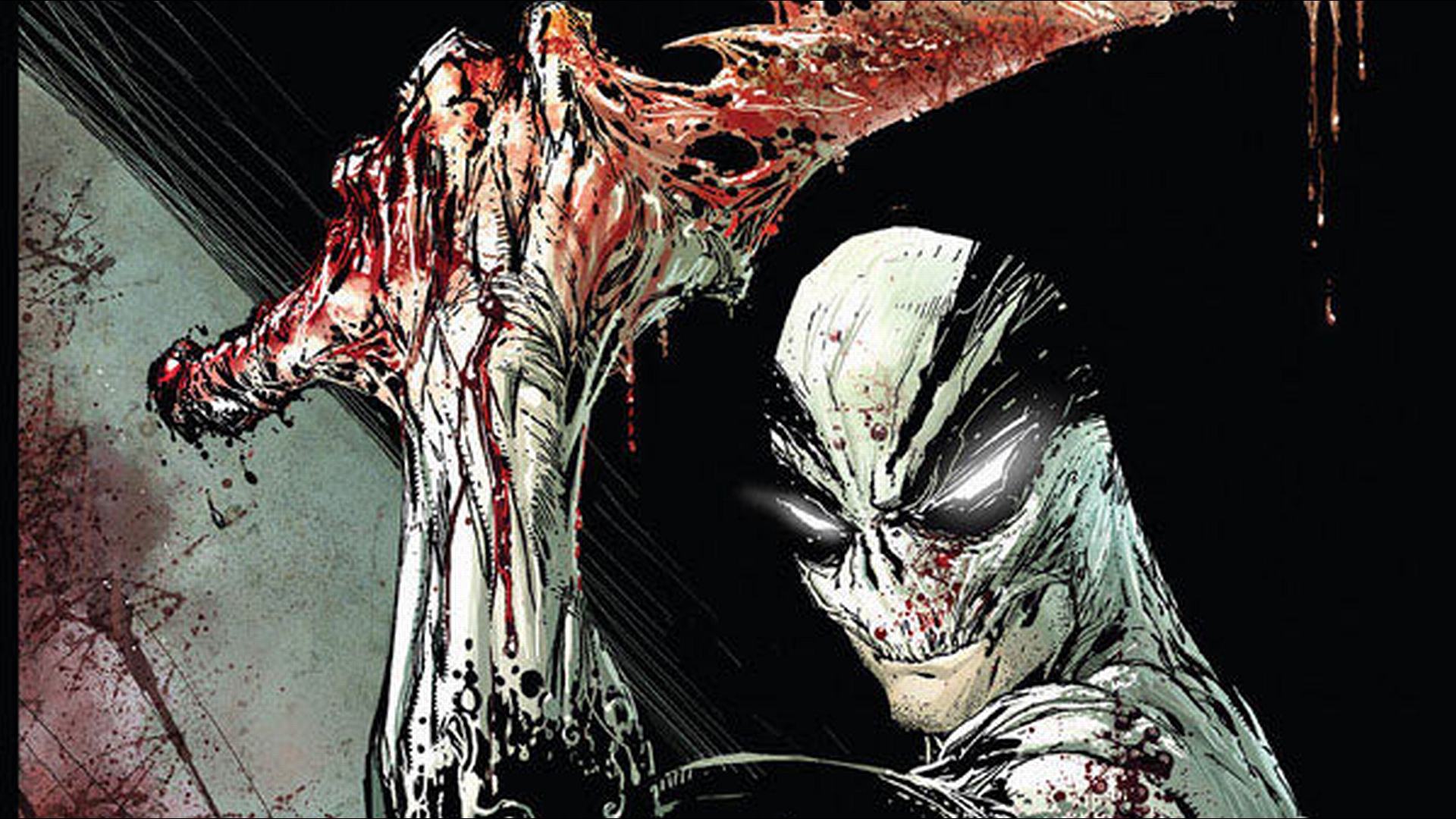 First up on my list is the comic series called Haunt; A character collaboration from the minds of Todd Macfarlane (Spawn) and Robert Kirkman (The Walking Dead). Haunt is a character similar to Spawn, but the story and the arc is one of the best I have read. The series follows a corrupt Priest by the name of Daniel Kilgore, after his brother Kurt is killed. It is revealed that Kurt was actually a secret agent for a group known as The Agency, which protect the human realm from the supernatural. The ghost of Kurt comes back and possesses the body of his brother Daniel creating the supernatural entity know as Haunt. With the ability of ectoplasm, Haunt helps the agency battle all sorts of evils making sure to leave a lot of gore, violence and death in their wake. The series itself was short lived, but there have been rumors of a possible come back that I have long waited for. If you enjoy Spawn, Hellboy or anything supernatural, pick up the series immediately. 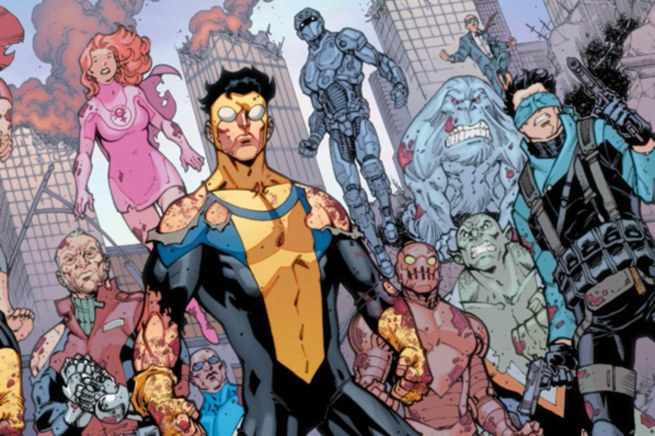 Another comic from the creative mind of Robert Kirkman is Invincible. Invincible is as true to a superhero comic as it gets and, in my opinion, probably one of the greatest superheroes ever created. The series follows our character Markus Grayson as he discovers his powers inherited by his father, an alien known as a Viltrumite and the superhero Omni-Man. Grayson will take on the alter ego of Invincible and use his powers, very similar to the powers of DC’s Superman, to defend the earth from all threats. The comic also introduces heroes who will help Invincible throughout the series. It’s a little more adult themed than most of the comics we get today. The characters face many real world problems, such as pregnancy, loss of life and loved ones and relationship problems. Invincible is what a superhero should be and a rumor has it that Seth Rogen is developing the series into a live action movie. Lets keep our fingers crossed.

A newly released comic book by the great Mark Millar, the Magic Order, is published by Image Comics, but the property belongs to Netflix. The series follows an order of Magicians that defend the mundane world from the monsters that hide in the shadows. The Magic users that make up the group lead normal lives at the same time, finding work as party magicians and entertainers. Their world is forever changed, however, when a shadow group of other magic users and creatures begin to hunt down their members and killing them in brutal fashion. The Order not only has to watch their own backs and find their predators, but they must also juggle the task of protecting the mundanes from supernatural forces. A comic geared more for adults than children with many adult themes. It will be a limited series, but what Mark Millar has created is another Image Comic masterpiece.

Football is king in Craw County, Alabama. It is the football coach who controls the criminal underworld and with a state championship under his belt, he is untouchable. The series picks up with the son of now deceased Sheriff Tubbs, returning to town and looking to bring down Coach Euless Boss; a far mark from the superheroes and supernatural world in the above mentioned comics. Southern Bastards is an amazing crime series. It’s a story of a vengeful son and a crime lord trying to stay in power the only way he know’s how, by killing and winning football games. The story is violent, but also has its funny moments. Craw County is as southern as it gets and the series stays true to the southern roots and philosophies; a mix between Friday Night Lights, Varsity Blues and the Godfather. If you like sports and crime fiction, pick this series up.

It seems you can’t mention Image Comics without talking about Robert Kirkman. The first series created by Kirkman, under his own label and later re distributed under Image Battle Pope, is the definition of Sacrilegious. The series follows The Pope, hence the name, and his side kick Jesus, a pot smoking hippie character and our savior. They must battle Satan and his minions who now walk Earth and live in their HQ, Hellcorps. Battle Pope lives up to his name. He uses religion and brute force to kill the spawns of hell. It’s series similar to that of Preacher, with a story line of deep and rich characters that take a spin on religious characters from the bible. For the fans of Preacher and the TV series Lucifer, if you don’t mind sacrilege, then this series is for you.

Those are my top 5 series from Image Comics. There are more of course, but the list would of went on forever. Image Comics is making a name for itself already with the Walking Dead TV series. I think we will see more of these comics in other mediums very soon. Are you a fan of Image Comics? What are some of your favorite series from Image? Let us know in the comments below!