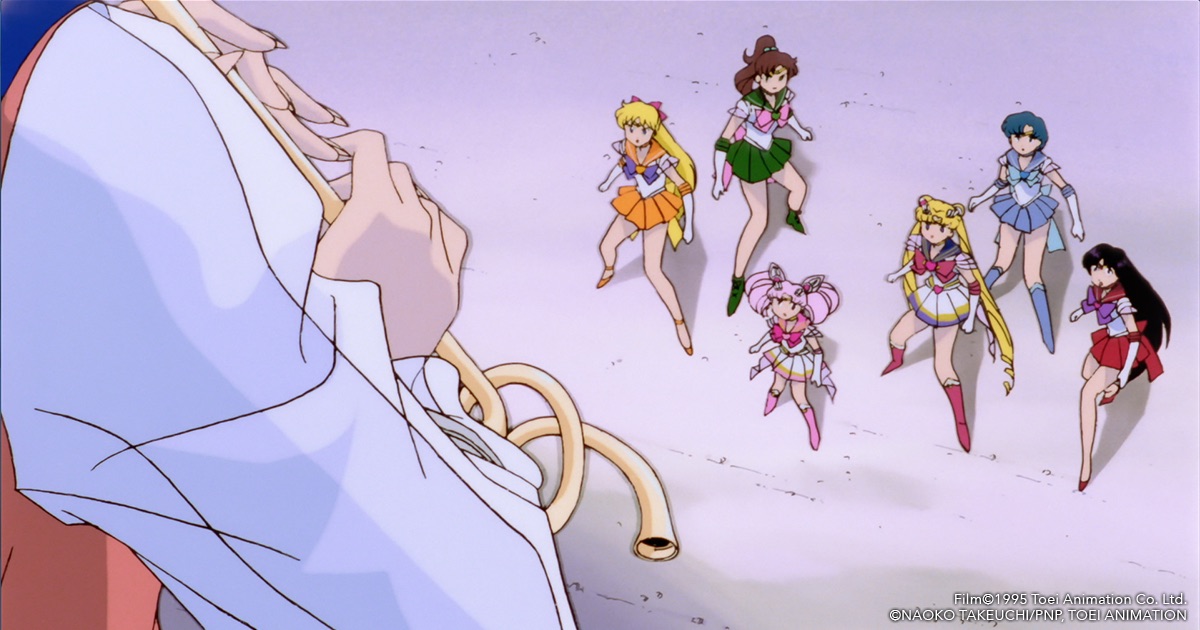 Nerdbot would like to thank Viz Media for the Press Review Tickets to ‘Sailor Moon SuperS: The Movie’ 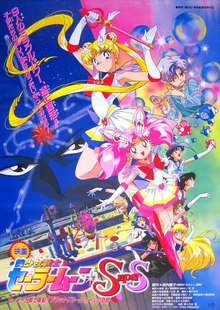 The last time I saw Sailor Moon SuperS: The Movie (full title being Pretty Soldier Sailor Moon Super S: The Nine Sailor Soldiers Unite! Miracle of the Black Dream Hole) was probably back in 1999. I was fourteen years old, watching a grubby B or C grade fansub from a dirty old VHS clamshell that I bought for too much money from a bootleg seller.

Never in my wildest dreams could I imagine the luxury and privilege of seeing a Sailor Moon movie quietly in the theaters. With high resolution, beautifully restored picture. Let alone with the short Ami’s First Love before the film.

It’s very clear that someone over at Viz is legitimately a big fan of Sailor Moon. Engaging trivia question about the series played on the screen prior to the movie starting up. And to be fair, most of the questions had answers that only fans in their late 20s and older would know. For example, when one of the trivia questions asked who voiced Sailor Moon and the name Nao Takagi showed on screen (the second actress to play Sailor Uranus in the stage musicals from 1996-2002, I may have internally screamed a little. That’s some deep fan knowledge! Seeing Sailor Moon Super S: The Movie on a Monday evening deep in the suburbs was a different experience from the Sailor Moon R: Promise of the Rose movie premiere at the Ace Theater in Los Angeles back in January 2017. That was an experience. A huge celebration filled with swag giveaways, trivia, and interviews with the voice actors. This event was a little quieter. The theater wasn’t especially full, and the audience was very quiet. There was no screaming when the theme song Moonlight Densetsu started playing, nor were there many laughs throughout the film. Also, unfortunately, our particular theater’s sound was pretty close to busted. The film looked gorgeous, but the audio quality wasn’t as glorious. The Sailor Moon SuperS movie is a simple but beautiful story. A pied piper fairy plays a flute that hypnotizes children and gets them aboard his airship. The hypnotized children march through the streets in the middle of the night singing Sanji no Yousei, or “The Three O’Clock Faires”. There ‘s a distinct Italian faerie tale feeling to the entire film, not unlike Little Nemo: Adventures in Slumberland or even elements of Care Bears the Movie II, where in order for the villain to be destroyed, everyone in the theater must chant “Moon Crisis Power!” It always reminded me of the Care Bears chanting “We Care!” and encouraging the audience to say the words too in order to save Kristy, who has been possessed by Dark Heart’s powers.

The long and short of the SuperS movie is this: when the Evil Madame Vadiane kidnaps Chibi-Usa, the senshi rush to her rescue with the aid of Chibi-Usa’s new friend, Peruru. After trying to find Chibi-Usa and fight off Vadiane’s henchmen to no avail, the three outer senshi (Neptune, Uranus, and Pluto) come to their aid. To rescue Chibi-Usa before she falls into a permanent dream filled sleep, Usagi must enter the Black Dream hole and save her. With some luck and a lot of effort, Sailor Moon saves Chibi-Usa, and she transforms to help Usagi. It’s a classic movie that is far underrated, and I was delighted to finally see it in the theater. Thank you to Viz and Fathom Events for bringing anime movies to the big screen.

I give Sailor Moon SuperS: The Movie 4 out of 5.