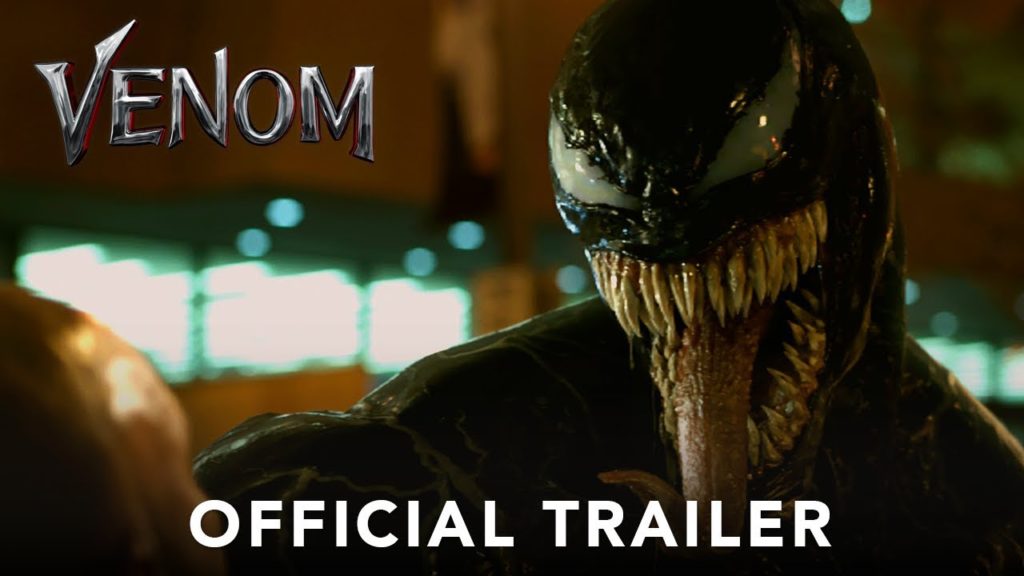 Venom is one of (if not THE) most famous Spider-Man villain. The new movie is nearing release and the questions surrounding it are numerous. Most of the questions revolve around the fact that Sony is making multiple Spider-Man movies presumably without Spider-Man. Venom will be the first and many fans are wondering how the company is going to pull it off. Now Sony has gone on the record stating in an interview with SYFY WIRE that Venom is “Not necessarily” going to link the various Spider-Man Universe projects together. Sony continued with “[Venom] is a standalone film but there will be key points of intersection that connect it with other films.” With constant blasé responses to various questions about the film, I am left with the feeling that not only does Sony not know what to do with the character, they are going to make an X-Men Origins: Wolverine style Venom movie to see how much profit lies with the character before deciding on whether or not to pursue the path that they are on.

I am a huge Spider-Man fan. Venom is my all-time favorite villain (tied with Vegeta) and initially I was excited for this movie. I was hopeful that the new Venom movie would erase the existence of Spider-Man 3 from my memory. The more footage and information that comes out about it, the more I feel let down. The first blow was that Tom Hardy was going to play Venom. I like Tom Hardy and I think he is one of the best actors around, but in my mind he’s Bane. The comic nerd in me is disappointed that Bane and Venom are going to be the same actor since they are comparable in size and strength in the comics. Now they will never appear on screen together (even though that more than likely would never have happened anyway as one is Marvel and the other is D.C.). I let it go though, because I know Hardy will give a killer performance despite all other factors, he’s just that good!

The second and third blow came when the trailer was released. As soon as I heard the word “Sim-bye-oat” I was crushed. That pronunciation expressed that nobody in charge had ever seen or heard the word “Symbiote” before and nobody took the time to correct it. In every iteration of Spider-Man the word is said a certain way (Sim-bee-oat). This variation told me there are more than likely three options for the phrasing: 1) Nobody checked the source material thoroughly, 2) Sony is desperately attempting to distance itself from all other iterations, 3) The word will eventually be pronounced correctly by the end of the film. I hope option 1 isn’t the case (but I feel it is, I’m a pessimist). This may seem like a small detail, but the entire film is about the Symbiote called Venom! If nobody checked that, what else didn’t they check? Option 3 is a possibility but a redundant one. I can’t see how it would add to the story in any way, more than likely that option would just be a time filling plot device to extent the run time of the film. That would mean that there are more than likely additional fillers than just that one, leading to a watered down story. Option 2 seems more likely but still is not a good one. If Sony is so desperate to distance itself from all other iterations, why even make the movie? The answer for that option is…MONEY. Another movie comes to mind that was made solely for profit, X-Men Origins: Wolverine. Which leads me to the next let down of the trailer. The motorcycle scene.

That motorcycle scene of Tom Hardy fleeing pursuers, hitting a jump, and then almost effortlessly swatting them away with his abilities hit me in the face as a direct rip-off of X-Men Origins: Wolverine, the lowest rated X-Men movie on Rotten Tomatoes. At that moment, I lost all hopes for Venom in terms of story. This film will rely heavily on CGI (Albeit the CGI looks AMAZING!) which is not what I personally want from this film. Sony could have taken so many different routes with such a deep character, but not allowing his hatred for Spider-Man to play a role in a Venom story is detrimental to the character arc.

In the trailers, Hardy seems to be giving a great performance in a mediocre scene. The choreography seems stiff, and the dialogue seems juvenile. I’m fine with both of those critiques if the film were meant to feel that way, but the film is marketed as a dark and gritty film. The stiff fights and lame dialog attempts at intimidation do not strike any chords in creativity, they are just ‘there’.

With all these factors, the news that Venom will not be the connecting factor to all the other Spider-Man films solidifies my opinion that Venom will be a profit driven film. Sony will more than likely watch the box office profits to gauge on whether or not to pursue the direction further or just make what they have slated and cut their losses. Hopefully I am wrong, I want to be wrong. I LOVE the character and feel that Venom is one of the best character arcs in comics. One lasting hope is that the movie will do so poorly that Sony will sell all rights over to Disney and we can get the Venom that we all (I doubt it’s just me) want, one that HATES Spider-Man!