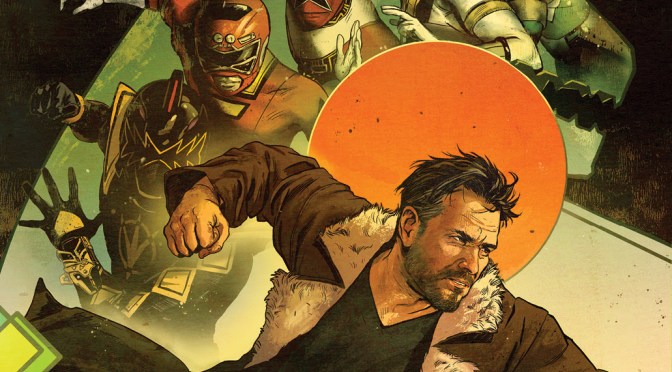 Mighty Morphing Power Rangers: Soul of the Dragon is Boom Studios upcoming title scheduled to release this winter. As reported by comicbook.com, this new graphic novel will shy away from the previous Power Ranger installments. In the story, we follow a much older Tommy Oliver, after his time as the Black Dino Ranger in Dino Thunder, and a long time after his stint as the Green Power Ranger. Retired and leaving the protection of the world in the hands of the capable S.P.D Rangers, Tommy is thrust back in the world after his son goes missing.

Soul of the Dragon will be written by Kyle Higgins, who has written many of Boom Studios Mighty Morphing Power Ranger titles since 2016. Jason David Frank, the famed actor who has played Tommy Oliver since 1993, has been brought on as a special consultant for the project. 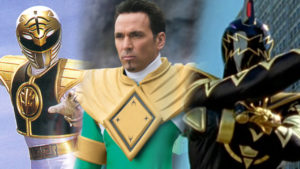 According to Frank, Soul of the Dragon will give us fans “an in-depth story of the life of Tommy Oliver as a Power Ranger and person. We go deeper into the multiple Rangers Tommy has become throughout time – I’m excited for all of you to see how Tommy evolves into the Legendary Power Ranger he is and the legacy he will leave behind forever.”

Throughout his history as a Power Ranger, Tommy Oliver has donned many suits and lead many teams. He has served as the Green Ranger, the Red Zeo Ranger, Red Turbo Ranger and the Black Dino Ranger with some in between. We know that his past as these previous Rangers will come into play as to why his son has gone missing. Not much else is known about Boom Studios newest project though. Will Tommy wear any of these suits in the pursuit of his missing son? Will past enemies come into play or will there be a new threat on the horizon? Who is the mother to Tommy’s son? These are the questions many of us yearn to be answered.

Power Rangers: Soul of the Dragon releases this December 2018. An official description and a piece of concept art can be found below. 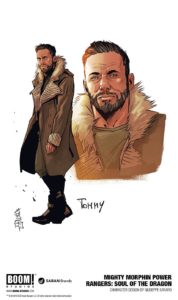 “It’s been a long time since Tommy Oliver has served as a Power Ranger. He’s defeated space witches, brought down evil armies, protected the galaxy, but now Tommy leaves protecting the world to the Power Rangers at Space Patrol Delta. But when his son goes missing, it’s up to Tommy to discover a secret in his past, in order to save his future. Now Tommy will call on all his training, his friends, and maybe even some of his enemies as he sets out on his most important mission: find his son and bring him home.”