Currently I’m doing one of those “post ten movies that have made an impact on you things” you see in the Facebook community every now and then. Usually I’m not the type of guy to willingly participate in a modern equivalent of a chain letter but this time I figured, why not?

Day #1 was Tim Burton’s Batman, an obvious choice for a thirty four old DC enthusiast like myself. We’re not going to discuss the greatness of the film today, it speaks for itself and still holds up, even after all this time. While I’m googling the perfect movie poster to compliment a beautiful status update, I accidentally came across a plethora of photos from Joel Schumacher’s Batman Forever and Batman & Robin. Two what you might call “lesser” installments in the franchise. 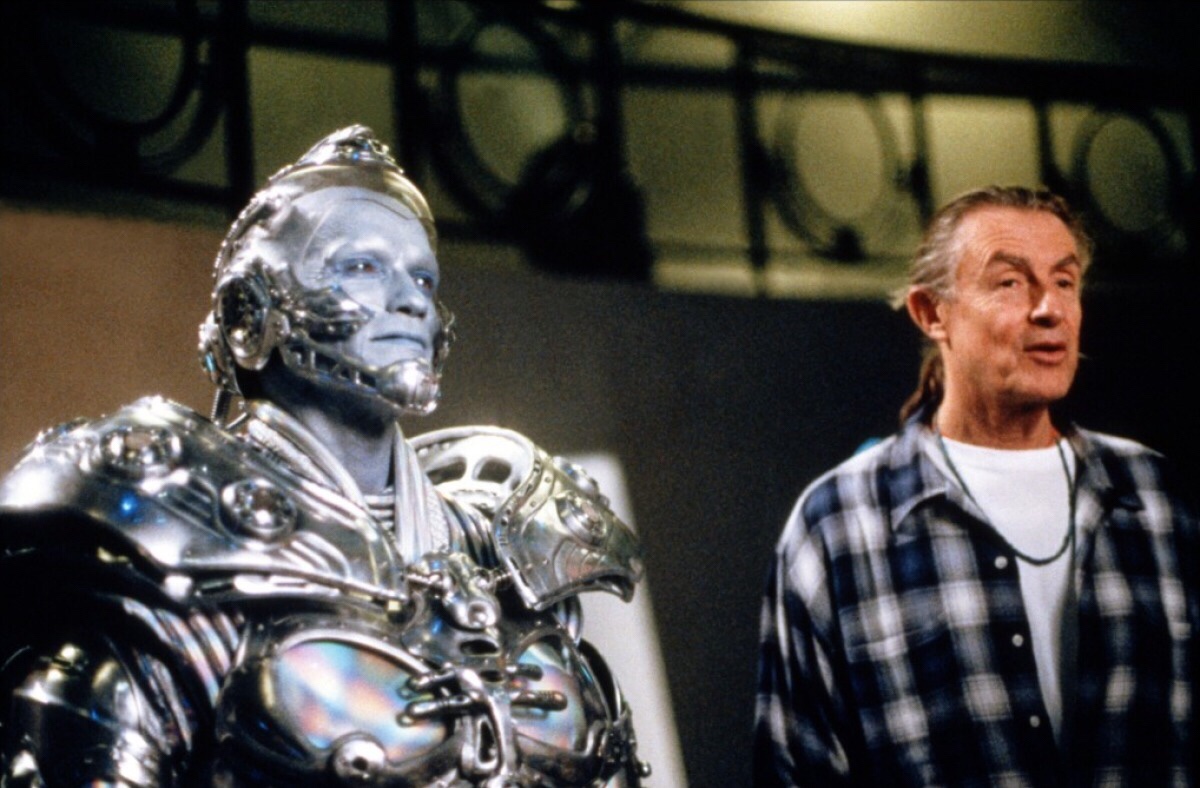 Recently, thanks mostly to Reddit and the invention of the meme, Schumacher’s Batman movies have taken on an identity equivalent to that of the Star Wars prequels. When you are younger, celebrity power along with your favorite superhero can easily blind you from realizing how bad what you’re watching actually is. Plus McDonalds has these really cool Batman Forever mugs. Even I remember being an age where I thought both movies were not too bad. Believe me, it didn’t last long. Especially after Batman Begins came out. Once Christopher Nolan got involved things changed big time for the Caped Crusader, and the Schumacher flicks became an essential chapter in the book of what not to do.

However, when I look back on everything, some important foundation was laid during the Schumacher years that shaped the future of superhero movies. To put it simply, the dude realized these films could be funny, family friendly, and still work. I might add that if you were to IMDB Joel’s directing credits in the time surrounding his tenure in Gotham, you’d find a slew of the least humorous projects imaginable. They include Falling Down (Michael Douglas going crazy in traffic), The Firm (legal drama), A Time To Kill, plus several others. So comedy was not necessarily his forte. One may argue Schumacher’s Batmans were the only blemish on an impressive portfolio. 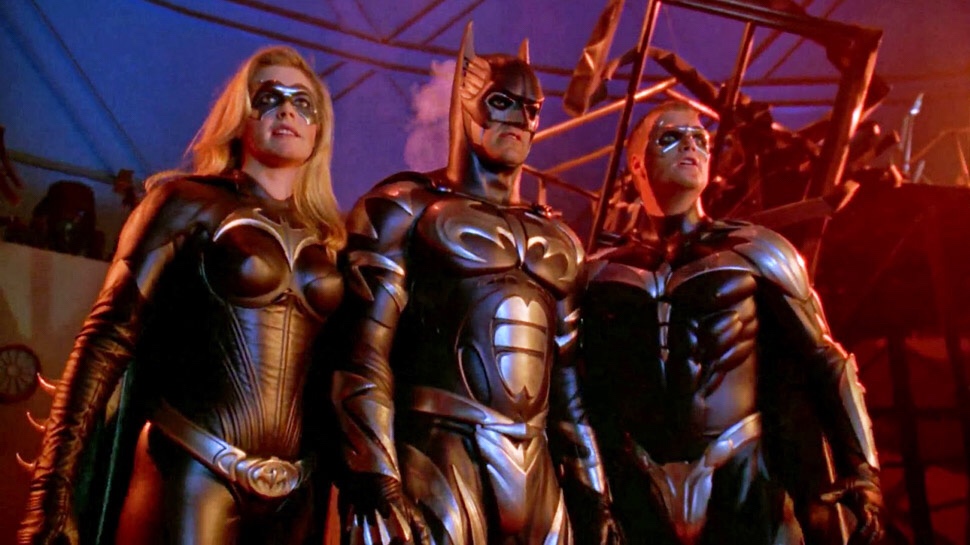 He took all the brilliant elements established by Tim Burton and made them lighter, more accessible to a mainstream audience. Doesn’t that sound familiar? Right! We just went through the same thing with Zack Snyder and the Justice League. Though we still haven’t seen his cut of the film, I’d bet it is so thick in metaphor even the most intelligent of viewers would be left perplexed. Let’s face the music, we’ll never see it. The thought of this lost cut only perpetuates a notion that something better is out there, it isn’t. If a better movie existed, we would have seen it in the theater.

Would Batman Forever and Batman & Robin be good today? Hell no. They’d be DC’s Fantastic Four. But that doesn’t mean better writers could expand upon the concept of Batman movies being funny. I’m not talking comic relief, I mean actually funny. Like Guardians Of The Galaxy. The MCU has been so successful because each chapter gives the audience everything they could ask for. Costumed heroes, a descent story, action, and laughs. What else do you need? I’m imagining Kevin Feige back in 2006 telling people we’re going for Batman Forever, just way better. Do what Warner Brothers was trying to do. Give people their money’s worth. And that’s what happened. Awful joke delivery vehicles like a group of henchmen singing while Mr. Freeze plays the role of choir conductor were replaced with real opportunities to draw humor organically through banter and situation. All while coming through on what the genre promises from the beginning.

I’m telling you, the MCU wouldn’t Be consistently out doing itself if somebody didn’t do their homework. While Batman & Robin hasn’t aged well, it’s a product which can be studied. Marvel seems like the type of studio that learned so much from the past they are never going to replicate mistakes made twenty years ago. 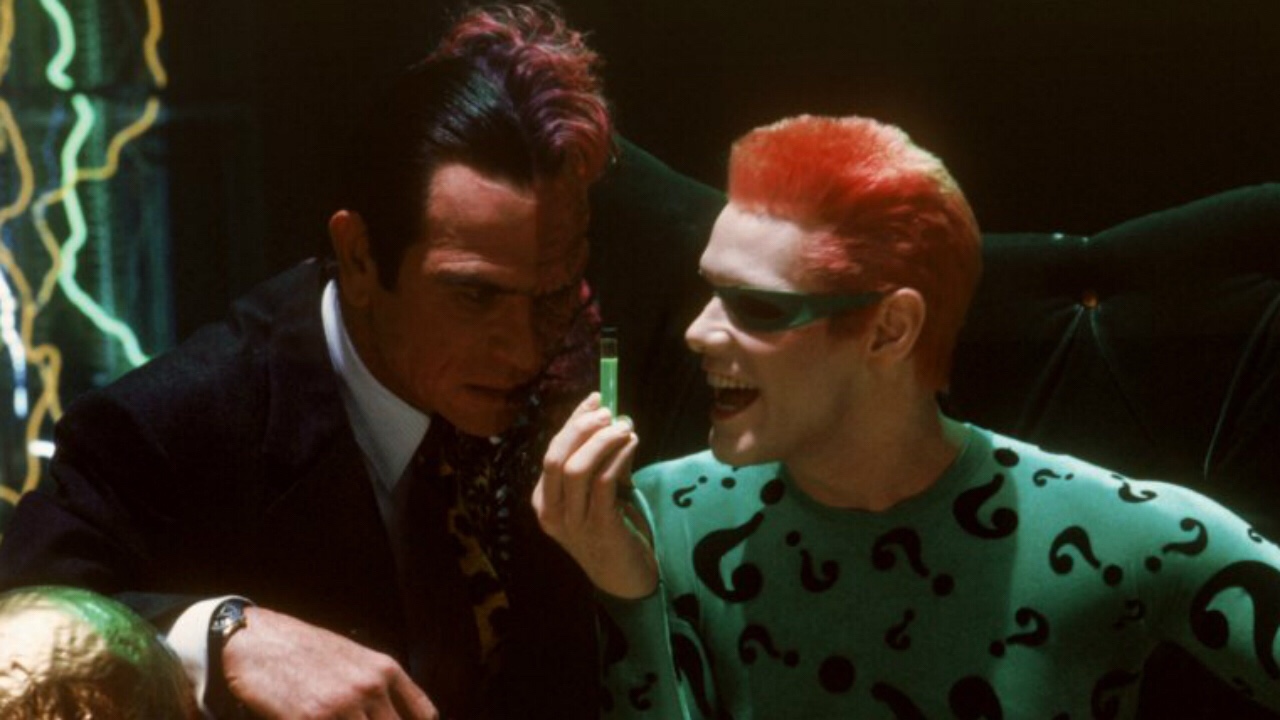 Even just hiring funny actors was a page ripped from the DC playbook. Jim Carrey as the Riddler was the perfect casting selection. He was hot AF back in the 1990’s going from In Living Color to mega star in practically no time. He is a guy who had comedic chops for a role that required it. Even Arnold can be hilarious. Doesn’t it sound like having Paul Rudd play Ant-Man? An unlikely candidate, yet he’s better than another actor who just tries to be funny. Real talent will always get noticed.

So why try to make a funny superhero movie with a guy whose not known for it? Personally I think Warner Brothers was trying to recover from all the weird perverted nonsense we got from Batman Returns. I don’t know who thought that would go over well. Parents are supposed to take their kids to see this and nobody wants to see Danny DeVito try and get laid. I wouldn’t want to explain what was going on in Batman Returns to my kids. Remember family friendly means selling multiple tickets. It’s unfortunate for the franchise because Schumacher’s take on the character gives off a vibe of just doing something different which was unfortunately ahead of its time, executed horribly, and maybe not the best character to make major changes to. Especially when the original is such a classic.

What’s crazy is DC was the first to try the funny superhero thing, now they’re struggling to replicate it. Joel Schumacher may have ruined Batman, but he opened the comic book film to new horizons.

If you can recall… at least Schumacher apologized.

Now we pray for Warner Brothers to do it again, but better.

What are your thoughts on Joel Schumacher’s Batman? Let Nerdbot know in the comments!!