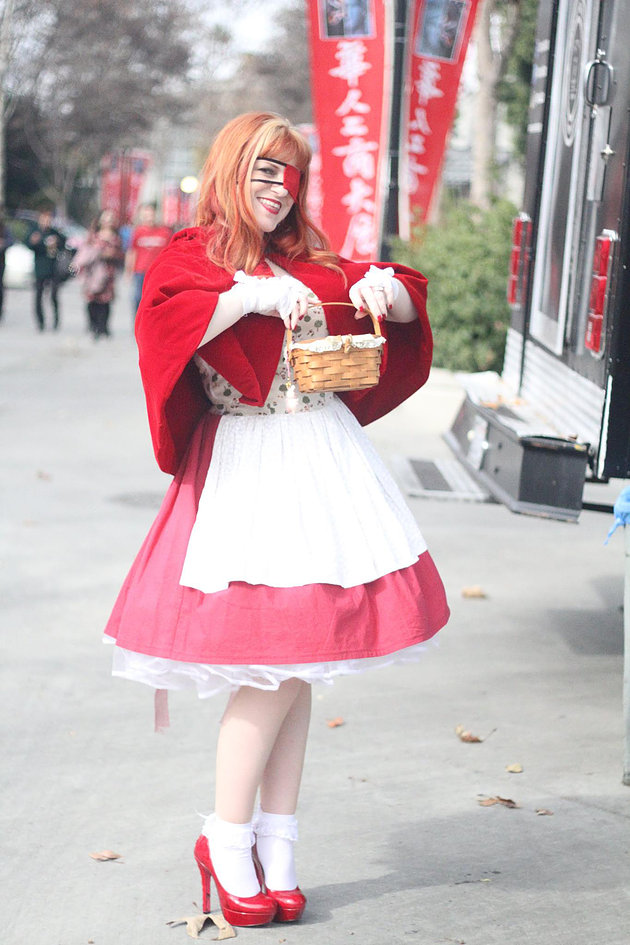 Your Guide to Winter Anime Conventions in Southern California

Cosplayer: Girl With The 1 Eye

It’s finally time to wear that warm, full body cosplay that’s been on your dream cosplay list since mid-May. Instead of subjecting yourself to the Los Angeles heat waves in head to toe EVA foam, you decided to work all Fall to make your fantasy cosplay come to life.

Or… you waited till New Years and are pulling all-nighters and destroying your fingers trying to make a hoop skirt in under a day. Either way, here’s your personal guide to all the cons this Winter.

Last year inside Anime Impulse, there was an amazing debut of Fashion, Cosplay Japanese Culture, and Anime. It was equipped with venues like a maid cafe, and dealer’s hall as well.

The runway set up in the middle of the convention gave its attention to models and cosplayers from the community, showing off Girl With the One Eye’s latest designs. The fashion show handled themselves professional, had amazing unique designs, and handled themselves well despite any problems that popped up. Fans of various people in the fashion show had a great time watching for their favorites as well. After seeing Girl With the One Eye’s booth at the first comic convention I’ve ever been to, I was enthralled by watching their very own full color fashion show come to life.

Patrons of the Arcane Maid cafe were able to play games to their heart’s content, all while being entertained by adorable and talented maids. (In Maid cafes, Maids aren’t just for cleaning. They’re skilled entertainers, who love making their customers enjoy their cafe experience, and Arcane is no exception.)

Cosplayers of all different skill levels and passions lined the rows of shops and exhibits of Anime Impulse. You couldn’t go two feet without running into a cosplayer from your favorite or newest series. Anime Impulses event page promises tons more fun for cosplayers this year, and I can’t wait to see what they have in store.

This con may be on the smaller side, which is perfect if you’re looking for something to ease you into the massive cons of 2017.  However, the unique atmosphere and new experiences are something you can’t find anywhere else this Winter.

Okay, so the first question for the past year or so has always been, “if it’s Anime Los Angeles, why is it in Ontario?” and after it’s finished, the second question is usually “Why do I have to leave this wonderful nerd oasis and return to my day job.”

I’m a little (okay, VERY biased) in saying that Anime Los Angeles holds the most positive memories for me in making new friends. If you are new to the cosplay scene, it can be kind of intimidating, let alone challenging, to meet new people when everyone already seems to be in their own clique. The atmosphere is very social. Especially if you’re staying in a hotel on site.

The main attractions are without a doubt, the dealer’s hall, cosplay meet ups and dance parties. There are tons of panels, and photoshoot locations too. Anime Los Angeles has all the major staples of a convention covered.

If you aren’t a native of Ontario, the city can be very welcoming. Especially for a convention. There are several cheap and affordable eating locations, which is perfect for people on a budget. If you’re worried about spending no more than $10 per meal, you can get away with spending even less than that. (Don’t be afraid if you’re looking for quality in Ontario as well. There are tons of great restaurants and attractions as well.)

The cosplay meet ups are the best places to make new companions. It can be overwhelming trying to strike up a conversation with any stranger, but at these events you know for sure these people have the same specific interests as you. Not to mention, you guys will all probably know the same inside jokes.

The absolute best thing about Anime Los Angeles, is the amazing people you’ll run into walking around. My two best encounters were Stephanie Shah (voice of Sailor Moon) and Mayor Paul S. Leon. I was dressed as Sailor Venus when my friends and I bumped into Stephanie outside wearing a kigurumi. When I was six, I assumed the major qualification of being the voice of Sailor Moon meant you just had to be an awesome person, and six year old me was completely correct!

Paul S. Leon stopped my friends and I to tell us how happy he was to have Anime Los Angeles in Ontario and to take some pictures. I wouldn’t call him the ultimate anime fan, but I would call him one of the coolest mayors to hang out at a convention with! We weren’t the only ones who had that experience that day, but I hope this year he’ll have even more to brag about!

Unlike the top two, this event is a free cosplay meetup. It has all the atmosphere, and social experiences of a convention without actually being at a venue.

The location is in Weller Court, which is surrounded by numerous parking structures, as well as being easily accessible by bus and metro. Visitors come from as far as San Diego and Long Beach to catch up with their fellow convention friends.

This gathering offers unique experiences for photographers looking for that one perfect photoshoot. Little Tokyo offers a wide range of backdrops, especially if your cosplay fits best in an bustling city setting. They also have numerous Japanese Garden’s sometimes open to the public, (depending on location) along with various historic Japanese architecture settings. Weller Court is also home to the famous light tunnel. (There has never been, in the 5k photos I’ve seen taken there, a bad picture of anyone. It’s like magic.)

This event is perfect for Valentine’s Day cosplays. If you’ve been wanting to cosplay from your favorite romance anime, but have been too shy or afraid nobody will “get it,” this is the place to debut it. There’s tons of adorable attractions in all the local Little Tokyo businesses that share a Valentine’s Day theme that you can check out as well.

Last but not least, there isn’t a single person who WOULDN’T enjoy their Valentine’s Day weekend there.

Which cons are you most excited for and which cons will I see you at? Let me know in the comments below!

My Most Anticipated Anime for Winter 2017