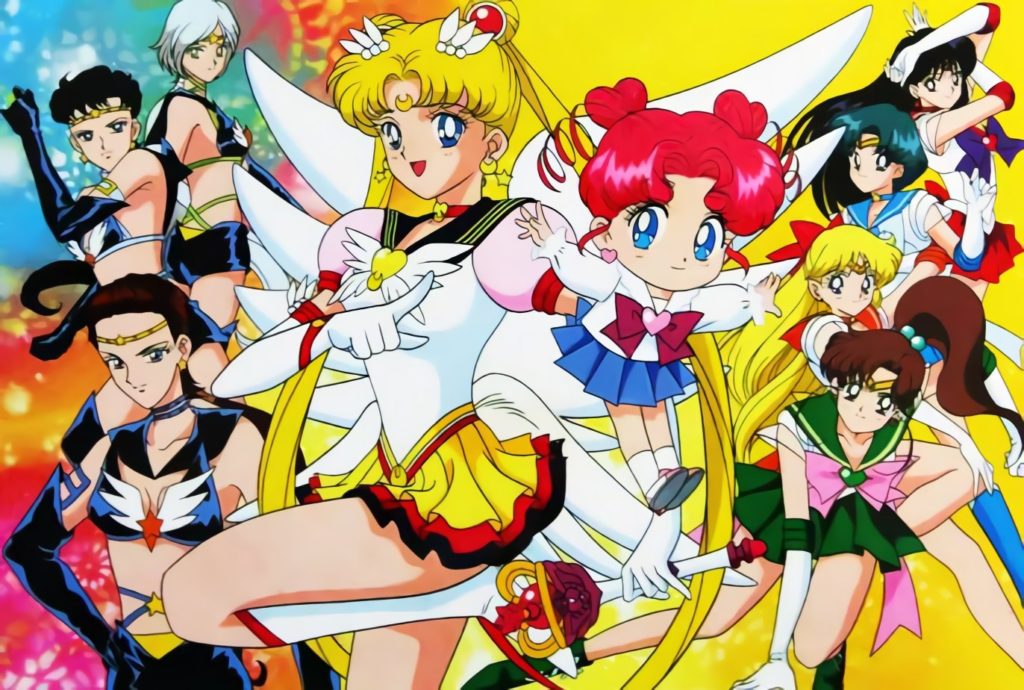 In what seems like a centuries-long wait, fans of “Sailor Moon” will be able to watch the new dub, via streaming, from start to finish. Hulu only had the first handful of episodes from season five dubbed to watch. Today (Sept 1st, 2022) we’ll be able to see it all!

Just knowing that we’ll be able to finally hear the Sailor Stars in English is amazing. Dic/Cloverway never completed the dub for various reasons. VIZ put out physical media for all the seasons where you could watch them in English or the original Japanese. But for those of us who either don’t want to potentially damage the discs or are just too lazy(like Usagi) to dig them out and put them in, streaming is soo much better.

The fifth season has the Sailor Senshi, Sailor Starlights, Sailor Anima and Galaxia battling it out for the universe. Galaxia’s been collecting star seeds to continue her world destroying reign. This is one of the most emotional arcs of the series and its story is one that you’ll want to have watched.

The last two films “Sailor Moon Crystal” and “Sailor Moon Cosmos” are due out sometime next year. That version of the story will be much different from the original anime which was being created alongside the manga chapters coming out from Naoko Takeuchi. You’ll definitely want to watch the end of the original series starting tomorrow so that you’ll be able to compare the differences. If you want a head start on it, you can read the manga too.