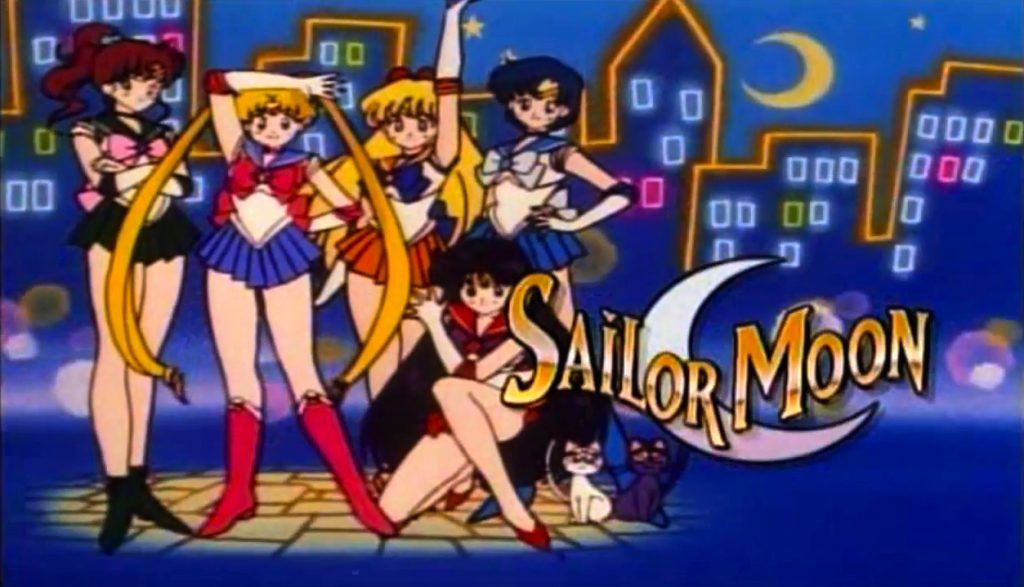 Back when I was a little girl, I remember watching “Sailor Moon” on early morning television. Now that I’m older, I realize that I was one of the lucky kids who saw what magic the show was and that I was viewing it in what television companies call a dead timeslot. Because it was so early in the morning, many kids wouldn’t be up watching it, which lead to it not being as popular as it could be. But those of us who remember this version hold the DIC dub close to our hearts. And we remember the times when it was nearly impossible to get anything “Sailor Moon” in the United States.

The story of “Sailor Moon‘s” dubbing is a long and complicated one. For those of you who entered the fandom through the VIZ dub and “Sailor Moon Crystal” here’s a little backstory on how we were able to get there.

Sailor Moon was created by Naoko Takeuchi, and was a huge hit in Japan. In 1992, the anime first appeared on Japanese television and started being marketed by Toei to other parts of the world for localization.

In 1995 after a bidding war with Toon Makers, DIC acquired the rights to the show’s first two seasons. “Sailor Moon” and “Sailor Moon R” would begin the dubbing process with many key elements cut for time and touchy subjects (in the 90s) like queer representation would be wiped out completely.

On a personal note, the Toon Makers version that they were trying to get made would have been worse than the DIC dub ever was. Not only were they trying to make it half live-action half animated, but they were also going to just use the concept and had created their own characters. If you’re lucky you can still find cels of the first promo episode in stores that sell animation stills. The Toon Makers version is still referred to as Saban Moon because that is who they were trying to sell it to. The idea was that they would be a competitor to “Mighty Morphin Power Rangers” which was so popular with boys at the time.

Back to DIC, the Mississauga, Canada-based Optimum Productions was hired to dub the anime and that’s what they did. They took out a lot of the show because of time constraints because they had to fit in time for those commercials. Some of the cuts would then be featured in the shows ending “Sailor Moon Says” where Serena would tell you something like “Don’t be a bully”. Oh, That’s right! If you’ve only ever seen the original you may not know who Serena is. Well that was the result of a name change of the character that DIC created. Usagi was called Serena and many other characters had name changes as well. To name just a few of the weirder ones, Makoto (Jupiter) was Lita, Mamoru (Tuxedo Mask) was Darien, and Haruka (Uranus) was Amara.

Oh and the voice actors for Serena… there were three, and two were in the first two seasons. If you want to go into more of the history of the voice actors I highly suggest this comprehensive guide that Sailor Tortilla has put together.

After Sailor Moon aired on places like UPN13(Southern California) it was picked up by Toonami. Re-runs of the show would start to air on November 30, 1998. Then the big news happened. They would be airing the previously unseen episodes that would finally complete the cliff hanger we were left on. On November 30, 1998 after what seemed like ages the final 17 episodes of season two aired. Completing “Sailor Moon R” and wrapping up the storyline for the time being.

We got those episodes because of what many view as the first successful online fan petition, Save Our Sailors collected thousands of signatures(and bought a ton of Pop Tarts) in order to get recognition and get the next 17 episodes dubbed. If you remember webrings and old GeoCities Sailor Moon sites you’ll probably remember seeing a gif or a logo with SOS featured on it.

This was a HUGE deal to us kids who wanted to see outcome of Rini’s story. The episodes were so well received that it prompted the dubbing of the next two seasons, “Sailor Moon S” and “Sailor Moon Super S”.

What Happened After Season Two?

When the dubbing began for Sailor Moon S and Sailor Moon Super S the company that was contracting the dubbing had changed. Now a company called Cloverway stepped in and contracted Optimum Productions, which is why we now call the original English dubs the DIC/Cloverway dub.

They would dub the third and fourth seasons of the show which would be able to be watched on Toonami in sometime in 2000. The episodes were also released by Pioneer Entertainment on DVD and VHS.

This dubbing would bring in a new voice for Serena which many fans absolutely hated. Nothing against Linda Ballantyne but Terri Hawkes who played her for most of seasons one and two was THE voice. So when seasons three and four started airing on Toonami with Ballantyne portraying Serena I kind of checked out.

Was there a DIC/Cloverway STARS Dub?

Unfortunately there was never a Sailor Stars dubbing by Dic/Cloverway. The closest thing that you can get to that is a fandub by Starsfandub online. And a double bummer is that due to the time and effort it takes to create a fandub they only have a few key episodes of the final season done.

It’s a personal theory that they didn’t just move forward with dubbing season five of Sailor Moon at Optimum Productions because of the content. It’s a much more progressive season that shows male pop idols transforming into Sailor Senshi who are female. There is Haruka and Michiru’s relationship and then there’s Usagi who is having conflicted feelings for Seiya when Mamoru leaves to continue his education in America. They were trying to cut things and re-edit what they could to make things more “family friendly” and it’s my thinking that they just couldn’t wrap their heads around what to do with the final season.

In 2000 Toei stopped renewing the rights to the series for outside localization. Part of this was to make Naoko happy because a lot of the cuts and edits she did not sign off on. In fact during the dubbing process the only one who needed to sign off on them was Toei and they would without Naoko Takeuchi’s consent.

It was because of this that DIC/Cloverway failed to renew the rights and continue dubbing. And Cartoon Network would remove Sailor Moon in their timeslot to make room for other shows because of it.

This brought a long silence in the Sailor Moon world. Already because the toys had failed when they launched initially we didn’t see many Americanized products of the show, and now it would be next to impossible to find any merch. Unless it was imported from Japan or found in a small section of Japanese shops or Sanrio stores in the mall you really couldn’t find anything. And most of us settled for the most unsettling bootlegs you’ve ever seen.

It wasn’t until VIZ Media picked up the rights to Sailor Moon in 2014 that we had the hopes of getting a complete dub from start to finish. They confirmed that they had the rights to all five seasons including the shorts and the movies. Fans were ecstatic and the following years we looked forward to the panels at Anime Expo where they would reveal what was coming next for the dubs. This would be the second and final dubbing of the Sailor Moon series.

Many people push back on this dub however because it’s just not the same as the old one. They dubbed the show to be true to the original Japanese version which meant that Uranus and Neptune were portrayed as lovers as intended. Some people had a hard time with this representation who grew up with the Canadian American version of the show.

The music that DIC had inserted in place of the Japanese soundtrack was also missed. One of the things that fans held onto was the music from the first English Dub. On the other hand, keeping the original Japanese music of the show in this dub was a bonus of watching it because those songs are amazing as well.

Through 2014 – 2017 Viz continued to release beautiful box sets of the show. All dubbed complete and without any cuts or missing episodes. All 200 episodes would be able to be watched in English for the first time ever.

Where Can I Watch the Original Dubs?

The only place that I’ve been able to find the DiC/Cloverway dub streaming online is on SailorMoon.tv. Unfortunately that site was shut down sometime in late 2021, most likely because either Toei or VIZ Media found out. In a blog post the owner of the site says that they had their YouTube videos mass reported so Toei took them all down.

You can however still download the episodes through their packets but be warned, they are very large(1.9 Gigs each) and you’ll probably need to invest in a hard drive just for Sailor Moon.

You can also just buy a bootleg DVD set on Ebay.

There are official DVDs and VHS of the dub but they can get very expensive very fast and they are not in production anymore.

The best thing to do if you want to watch it in English from start to finish and have the entire series remain consistent is watch the VIZ dub. They have all the episodes streaming on Hulu and most of them you can watch subbed or dubbed. I also recommend the box sets that VIZ put out because they are gorgeous and have a lot of cool extras.