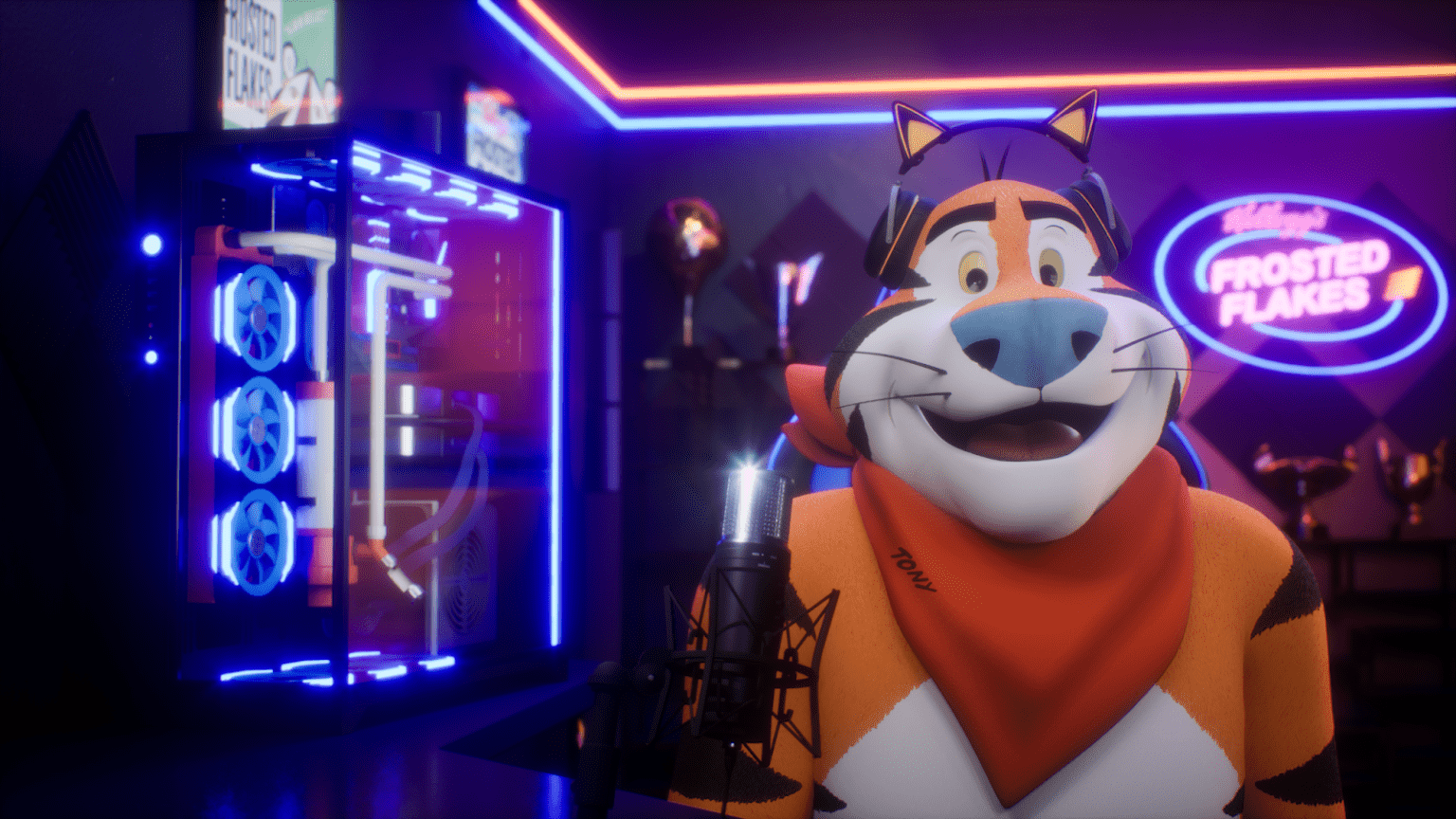 Kellogg’s Frosted Flakes® is the first brand globally to work with Twitch to transform a brand mascot into an interactive VTuber. Tune in on Friday, August 19, from 5-7 pm ET at twitch.tv/TonyTheTiger as Tony the Tiger® takes on well-known streamers and competes in the GR-R-REAT CEREAL BOWL OF GR-R-REATNESS on Twitch.
Gaming

The world is changing. How do we know this? Well one sign from the universe, or rather Kelloggs is that Tony the Tiger, the mascot for delicious Frosted Flakes is becoming a full fledged V-Tuber on Twitch. Tony will be going head to head with some well known streamers and play a popular battle royale game later this week!

Tony the Tiger’s Cereal Bowl is the perfect opportunity for deeper engagement with fans on Twitch. During the 2-hour livestream, fans can join in the fun by participating in Kellogg’s Frosted Flakes-fueled polls and chiming in on Chat. Tony will also unveil his custom Kellogg’s Frosted Flakes gaming rig, complete with a milk-coolant PC keeping everything running smoothly. This is all going to be really fun to see, especially his PC system. And the light up sign behind him that says “Frosted Flakes” is a wonderful design choice.

Tony the Tiger isn’t a stranger to trying something new and engaging with fresh audiences. After a surprise late-night show appearance, hanging with star athletes and recently joining TikTok, he’s ready to interact with the Twitch community as he continues to make waves in 2022, the Year of the Tiger.