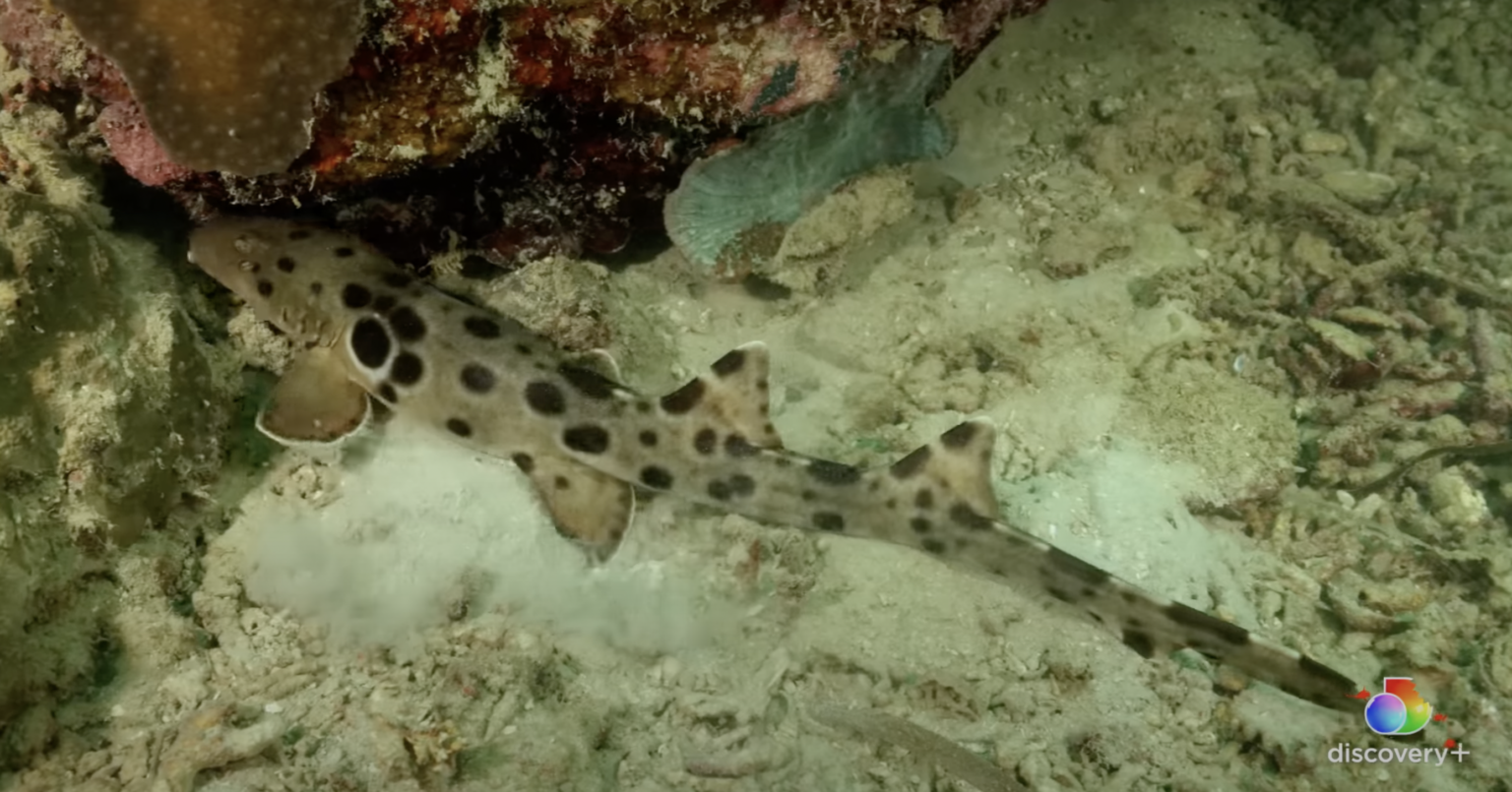 Ahh, the adorable little pitter-patter of…fins?! You heard right! Let us introduce you to the amazing fellow known as the epaulette shark! This little marvel was caught on camera doing something very special. While most sharks prefer to swim, this adorable creature “walks” using its front fins, like a mudskipper! Forrest Galante was elated to capture footage of the marvel for Discovery’s annual Shark Week. And his excitement is palpable!

So named for the large black marks behind their fins, epaulette sharks spend their time in tide pools and shallower waters of coral reefs. They’ve evolved to survive environments with extremely low oxygen, which is a common occurrence in tide pools during the night. They’re also capable of surviving out of water for up to roughly two hours without the need for oxygen. They wiggle their bodies and use their front fins for purchase. A behavior developed to move to and from tide pools to lay eggs or hunt. It’s not a walk so much as a slither, but to get camera footage of them doing so is quite a sight!

Wildlife biologist Galante is nothing short of contagious with his enthusiasm towards this amazing shark. Having been tracking them in the hopes of footage for Discovery, it’s little wonder that he’s as thrilled as he is to capture an epaulette shark doing its thing! The last time footage was recorded was around 2017 for PBS’ “Nature.” So it’s nice to see that this rare, little shark is getting the broader attention it deserves.

Shark Week spanned from July 11th to the 18th of this year on Discovery.