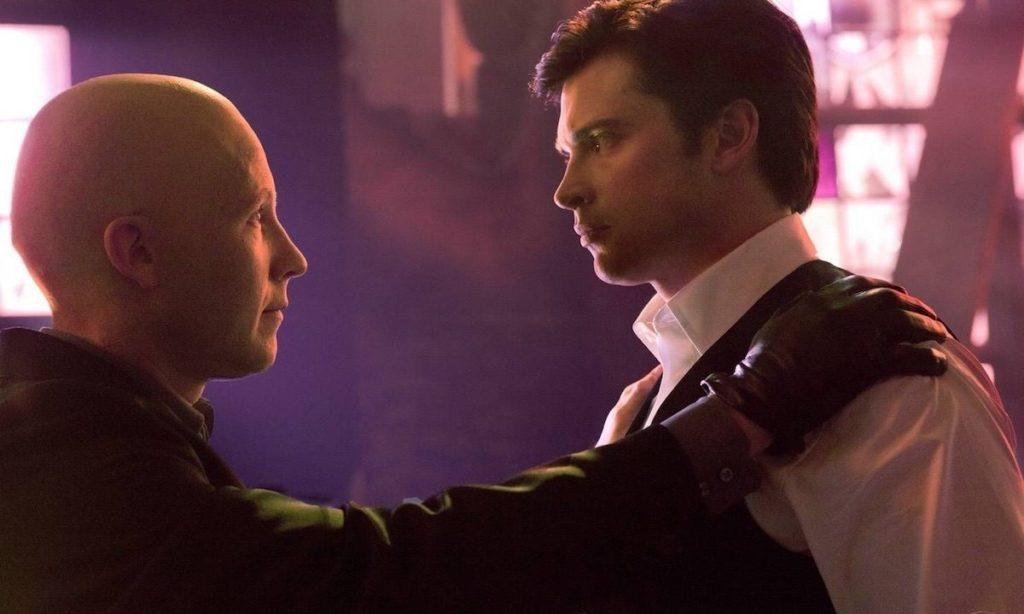 Live-action Superman tv series “Smallville” embraced the motto of “no tights, no flights.” Across 10 seasons split evenly between The WB network and The CW, we watched a teenage Clark Kent (Tom Welling) face-off against his friend and adversary, Lex Luthor (Michael Rosenbaum). Well, not across all 10 seasons, there were some where Lex wasn’t around…it’s a long story. The point is, “Smallville” has a legacy of being one of the longest running adaptations of Superman outside of the comics. Even though the series ended in 2011, the legacy lives on in being a template for what The CW programming has become known for. Luckily for fans, stars Welling and Rosenbaum have never really stopped loving it, either. To celebrate the 20th anniversary of the series (which was in 2021 technically), the pair have launched a rewatch podcast series, which launches next week.

“Talk Ville” will be available across multiple podcast platforms including Apple Podcasts and Spotify. The premise is simple, Rosenbaum and Welling rewatch an episode of “Smallville,” and then talk about it. Sharing their memories, behind the scenes information, and probably taking potshots at some of the absurdity. Not sure what they’re going to do when they hit season seven and Lex is gone, but they’ll likely come up with something.

It’s nice to see some positive “Smallville” publicity. Regretfully most of the news surrounding it over the last few years has been as a source of actors turned criminal. Allison Mack, the actress who portrayed Clark’s friend Chloe Sullivan, was infamously involved in the NXIVM sex cult and was sentenced to three years in prison. Clark’s other main friend in the early seasons, Pete Ross, was played by Sam Jones III. Jones pled guilty in 2010 to a conspiracy to sell drugs; in this case over 10,000 pills of Oxycodone. Not exactly the kind of publicity that one wants for a show’s legacy. Then again, Lana Lang’s actress Kristin Kreuk was in “Street Fighter: The Legend of Chun-Li,” which while not illegal, is still a crime.

Since the series end, Welling has popped up now and then in a couple of films and in a season of “Lucifer,” but he has largely been out of the limelight. Rosenbaum, on the other hand, shows up often, notably as The Flash in the DC Animated Universe. He’s also been the host of the podcast series “Inside of You,” which currently offers over 200 episodes available to listen to with him talking with a wide range of celebrities.

There was also that animated “Smallville” series Welling teased too, which kinda sorta went fallow.

When it comes to discussing “Smallville,” there’s a lot to pick apart as the series gets progressively weirder as it goes along. Characters undergo some significant changes and the soap-opera elements of romantic drama start getting progressively more over the top. There’s even some Justice League teases in later seasons as Green Arrow comes in to mix things up even further. It can get incredibly schlocky at times, but that’s part of its enduring and endearing charm.

Look for “Talk Ville” to premiere on July 13th, 2022 across multiple podcast providers.