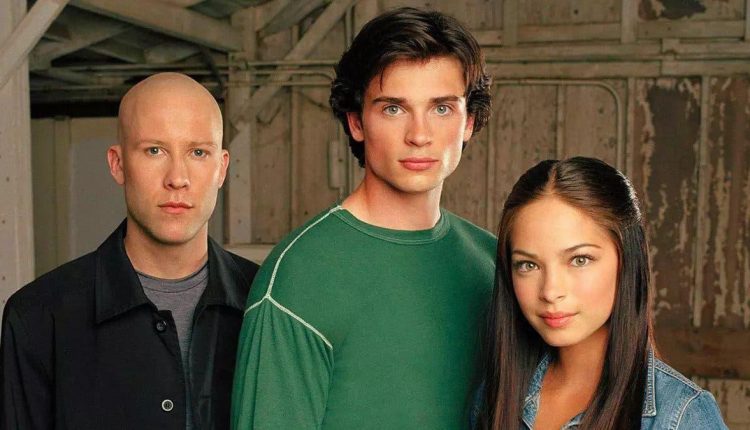 GOOD NEWS for “Smallville” fans, as the series will finally be getting a full series Blu-ray release! In celebration of the show’s *cough* 20th anniversary, Warner Bros. Home Entertainment has a truly massive box set ready for you to take home.

Check out the details below, and we’ll let you know as soon as it’s available for order.

Featuring All 218 Episodes from the Iconic Series

MORE THAN 28 HOURS OF BONUS FEATURES

The Adventures of Superboy – The original 1961 pilot starring John Rockwell.
A Retrospective Look at the Series’ 10-Year Journey – An in-depth, season-by-season look at the creation of this landmark television series. Highlights include interviews with Tom Welling, Eric Durance, Michael Rosenbaum, Phil Morris, John Schneider and many more, as well as rare behind-the-scenes footage.
A Decade of Comic-Con Featurette
Paley Festival Featurette
Smallville’s 100th Episode: Making of a Milestone – An extended version of the original featurette included in the Season 5 set.
Secret Origin: The American Story of DC Comics – A feature length documentary chronicling DC’s 75 years of challenges, creativity, and triumph.
Audio Commentaries, Deleted and Extended Scenes, Gag Reels, Behind-the-scenes featurettes and much more from all 10 seasons!

This ultimate box set will fly into homes on October 19th, 2021. We’ll let you know when orders go live.

Rule Halloween with Life-Sized Throne of Bones From Home Depot