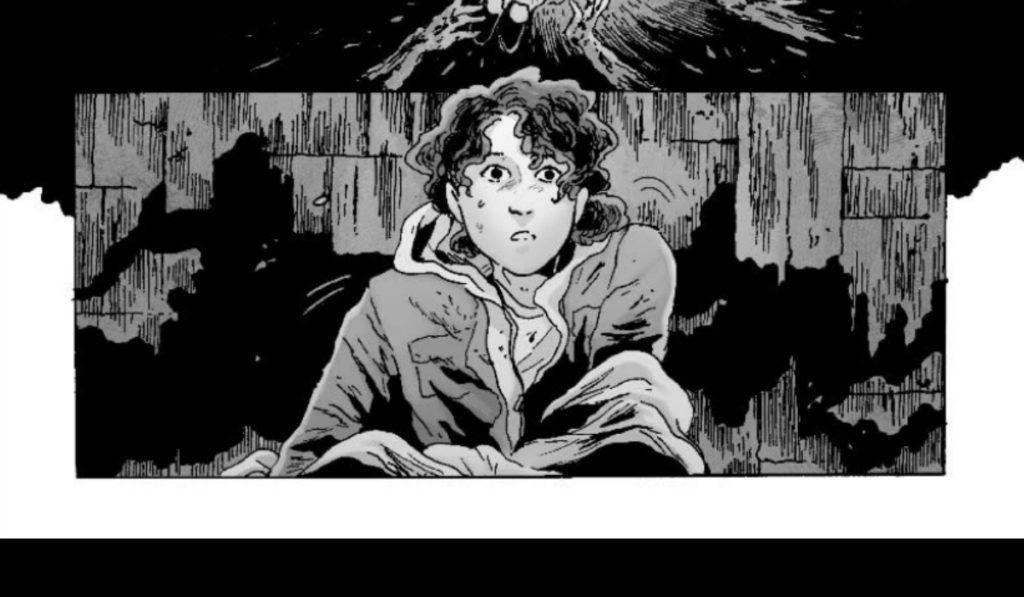 Ever since its inception, very few outsiders have had a chance to create stories for “The Walking Dead” property. Tillie Walden has been handed the reigns for the new “Clementine” series. She is doing art and writing duties on the graphic novel. But fans didn’t seem too happy about this surprise announcement.

In the ending of Telltale Games’ season 4 title, Clementine’s zombie-infected leg was amputated by a child (AJ), and she had the misfortune of raising herself. They both seemed to have decided to stay with the rescued school children of Ericson and live happily forever, the end. At least it felt like a fitting ending to the character we had all traveled and survived with for many years.

In the graphic novel “The Walking Dead: Clementine Book One,” this ending is undone as Clementine suddenly decides to leave the school. The children are being left to survive with the elder teens. The reason isn’t outright explained to the reader in the beginning of the graphic novel and that becomes frustrating as you really want to learn Clem’s reasons for ditching AJ. Clementine simply states to other characters she will head north and she has “nowhere specific” in mind.

None of this put me at ease as I really required an answer as to why they would decide to undo the perfect ending to a character that had been handled carefully for years. I was originally excited for the series until I found out it was taking place after the events of Telltale Games’ fourth season video game. It feels extremely puzzling given what we know about Clementine’s extremely protective nature towards AJ surviving.

As the story unravels not much of her struggles are being solved by the character’s strength either. Her now nub leg is given a new prosthetic by an Amish dentist in a very happily prospering town. Most characters are villainous and insecure in the Walking Dead titles, so I’m not sure why suddenly everyone is being openly nice to one another. Even Clementine’s journey to the North with a naive child, Amos doesn’t seem to make much sense as it’s later explained she doesn’t care to be around other human beings anymore for fear of having to watch them die. Then why would she travel with Amos?

The story’s plot only kicks in about halfway when they reach the snowy mountain to repair abandoned homes with other children. I wasn’t fully enamored with the experience as I know eventually one character will somehow find a way to lose their mind and commit murder. It’s a common trope of the Walking Dead series. I was correct. Having to preserve the shelter at the top of the mountain, the teens begin to pull on personality yarns from one another. This sets off fits of violent acts and surprises along the way for readers.

Without spoiling much of the ending, the book does try to explain Clementine’s motivations for leaving AJ behind. There are flashbacks preserving lessons she learned from her now dead savior Lee and lingering questions that still haven’t been answered for her future in a zombie ridden wasteland. Clementine has survived a decade and a half in the world of the Walking Dead. It felt like the book was trying to say, she still hasn’t found her true life’s path just yet.

I wasn’t 100% convinced of these revelations she has about wanting to be alone; how she’s done with watching people she cares about die around her. That seems too selfish of a reason for Clem to have left AJ alone with the other kids of Ericson. I don’t think the book has added much to her character’s journey thus far as it is the first of a planned trilogy. Some of the fans’ disappointment in the continued use of the character does seem valid.

On the other hand Walden’s art is stunning to read through as she depicts a beautiful snowy landscape for the characters to live in. The greyscale tones of Cliff Rathburn on the pencils and inks adds that extra sense of value that you are indeed reading a “Walking Dead” comic. As the original series also followed the aesthetics of using grays to make it feel like you were experiencing a drawn black and white movie.

So while I felt like I was coming back to the universe of the Walking Dead, I am not convinced Clementine was the character to resurrect for such an ambitious project. I guess we’ll see if that changes in the coming books by Walden and publisher Skybound.

You can pick up “Clementine” book one on Amazon here.