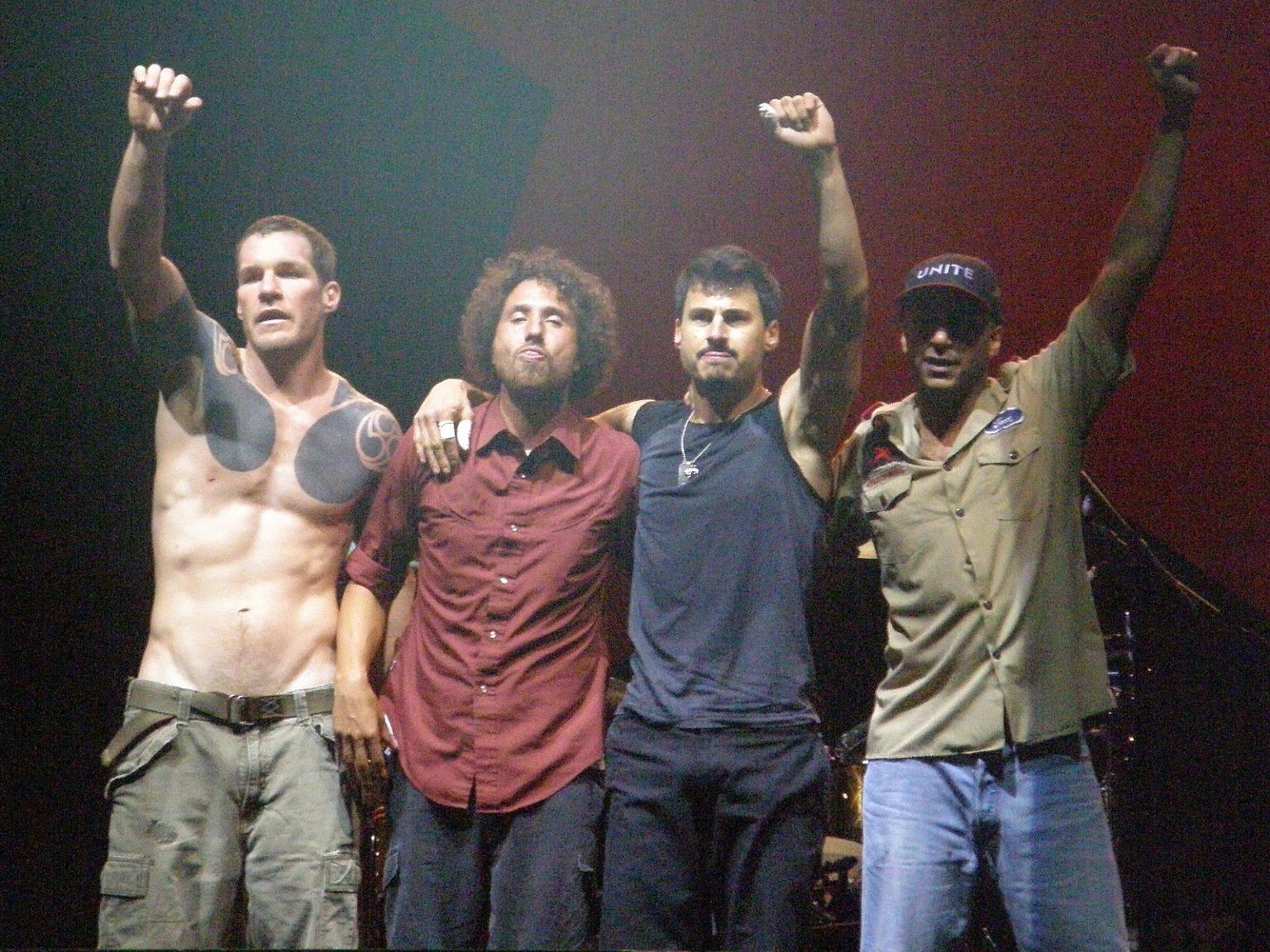 Until early this morning, KISS Radio 104.9 FM was a typical soft-rock station based in Vancouver. But then something happened. Since at least 8 am local time, the station has been playing “Killing in the Name” by Rage Against The Machine, nonstop. There is no interruption for ad-breaks or DJ patter. There’s no weather update or traffic information. There is only Rage.

There are a few theories. The Guardian speculated that perhaps it’s a stunt to indicate a change in the station’s programming, transitioning from contemporary soft rock to 90s hard rock. Maybe it’s a very late shout out to the band’s recent reunion. It’s difficult to deny that if it is a stunt, it’s definitely working.

[Editor’s note UPDATE: It would appear, according to online sources, that the staff of KISS Radio has been fired.]

Hundreds of people have streamed the song from the station’s website, and they show no sign of stopping. This is probably the greatest number of times we’ve looped a Rage Against the Machine song since 10-year-old Nandi Bushell absolutely rocked “Guerilla Radio.”

It’s also pretty clear that this isn’t just some computer looping automatically in an empty room. Every so often, the DJs will feature people making requests. At first, listeners would request literally any other song, only to have their requests immediately denied be met with another block of “Killing in the Name.” Then, people started requesting “Killing in the Name.” Here are some of our favorite responses since we’ve been listening.

“Stick around – i don’t know when we’ll be able to play it but we will play it” [immediately followed by the opening chords to Killing in the Name]
“Well, today we’re only playing vinyls but I’ll dig through the crate for it and see if I can find it.” [Killing in the Name starts playing]
“Where you from? Calgary? You guys rage out in Calgary? Great.” [You get it by now]

One caller did bother to ask specifically why they were playing the same song over and over again, wondering if perhaps the station had been hacked. The hosts replied that they were “just kind of in a ragey mood,” and when further pressed if something was happening, responded by playing the song again.

The best guess we can venture forth relates to a Facebook post from morning co-hosts Kevin Lim and Sonia Sidhu who were fired yesterday. “Our five years on KiSS RADiO has come to an end. KiSS is changing and unfortunately we were informed that we won’t be part of this new chapter. Although this comes with mixed emotions, we want to express one overwhelming feeling: gratitude.”

Gratitude must be Canadian for Rage.