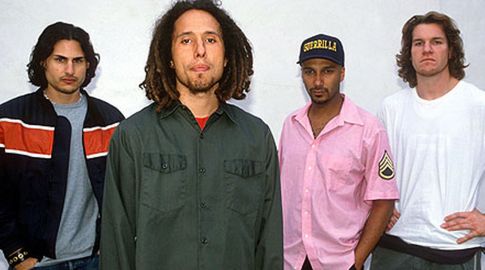 Rage Against The Machine To Reunite For Coachella And More

I’ve have always said that since a majority of Rage Against The Machine’s “raging” against the machine was done at a time in my life when this country was at its finest. And ever since the band went on hiatus or whatever they did in 2000, our nation has been a plethora of things for them to “rage” about…. and nothing. Absolute silence.

However, all that is about to change as on November 1st via their first ever Instagram post, Rage Against The Machine has announced they are getting back together!!

Yes, what you are seeing above is something fans have been waiting on for a very long time. Myself included.

Rage will begin a brief run in El Paso, Texas followed by shows in La Cruces, New Mexico and Phoenix, Arizona. I’m assuming these dates will serve as warm up shows so they’re not rusty as they’re giving the audience an audible assault at this year’s Coachella where they will be one of the headliners.

Outside of the planned concerts there aren’t any details regarding RATM’s future. Are they officially back? Or is this a major cash grab now that the hype behind Prophets Of Rage has appropriately fizzled? Let’s hope for the former.

Ticketing information will be available soon.

Are you excited for the Rage Against The Machine reunion? Let Nerdbot know in the comments!!