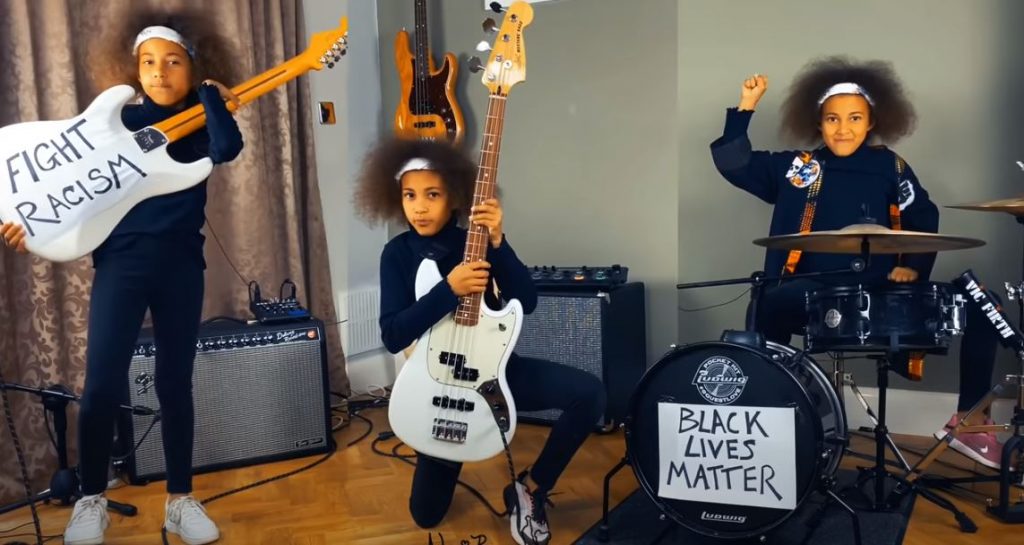 In this current state of the world people everywhere are doing what they can to support Black Lives Matter. Whether that means bringing awareness by going out and peacefully protesting or donating what they can to charity. For some though they may be too young to go out and march but they can still find ways to help. And for Nandi Bushell that means uploading a very cool video of herself playing Rage Against the Machine‘s Guerilla Radio to send the message that she and others will continue to fight for justice.

Watch as she rips through the first minute of Guerilla Radio

Tom Morello who played in Rage Against the Machine and later Audioslave praised Nandi for her amazing talent and work. Morello is also known for his work in activism and is part of the good fight against racism.

Nandi is by far one of the most talented young women I’ve ever seen and has played with Lenny Kravitz as well as covered many songs on YouTube. Going through her catalog you can see she not only has videos of herself performing but also how to videos that teach others how to play.

What’s great about this is that we’re witnessing the talent of a little girl who is sure to become big in the music world advocate for a cause such as Black Lives Matter. It’s important to educate our youth so that they can hopefully correct many of the mistakes that our ancestors have made. I’m excited to see how kids and adults continue to advocate to change the world. After all the kids are our future!