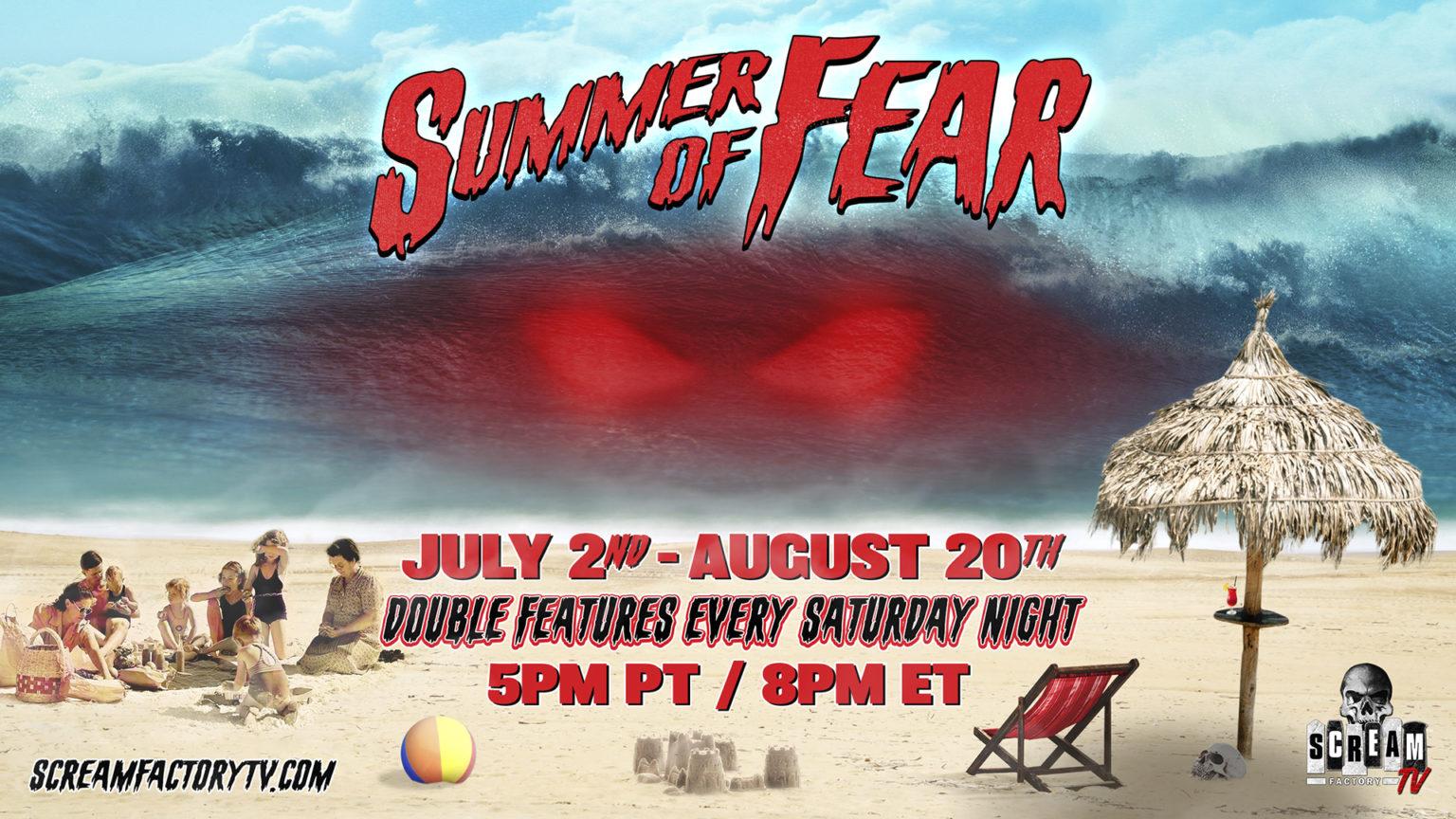 Scream Factory TV is starting spooky season early and we are here for it. Every Saturday starting July 2nd until August 20th at 5pm PT (8pm ET), Scream Factory will be showing a summer-themed horror/creature double feature! Yes, the one and only Elvira Mistress of the Dark will be involved, too!

They are also giving viewers a choice to watch either the uncensored versions on Scream Factory TV. Or, you can watch the broadcast versions on Shout! Factory TV. There will be no difference in the schedule no matter which platform you choose.

“Alligator” (1980) A pet baby alligator is flushed down a toilet. But it survives and spends 12 years growing to an enormous size. Thanks to a diet of discarded laboratory dogs injected with growth hormones. Now, it has a taste for humans.

“Alligator II: The Mutation” (1991) And again, a giant alligator lives in the sewers and wreaks havoc on a city.

“Mermaid: Lake of the Dead” (2018) A water loving nymph falls obsessively in love with a man. She wants to keep him forever in her underwater kingdom. Where she must spend eternity.

“Creature From the Haunted Sea” (1961) In this Roger Corman-directed camp classic a crook decides to kill off some of his inept crew. He blames the deaths on a legendary sea creature. What he doesn’t realize is the creature is real.

“Sleepaway Camp” (1983) Angela Baker is a shy and traumatized young girl who lives with her aunt. Her and her cousin Ricky go off to summer camp. At camp she meets bully after bully. Until anyone with less than honorable intentions toward her gets their comeuppance.

“Camp Cold Brook” (2018) A team of paranormal investigators go to check out an abandoned summer camp. Which was left to rot after a mass murder.

“Sharktopus vs. Pteracuda” (2014) A scientist creates a half-pterodactyl, half-barracuda creature, Pteracuda, which of course escapes. A Sharktopus may be the only thing that can stop it.

“Sharktopus vs. Whalewolf” (2015) Once again a mad scientist mixes the genes together willy nilly. Except this time it’s a killer whale and a wolf.

“Attack of the Crab Monsters” (1957) Scientists are trapped on an island with intelligent, murderous giant crabs.

“The Horror of Party Beach” (1964) A beach community is terrorized by a sea creatures created from radioactive sludge.

“Piranha” (1978) This is the original Joe Dante film about flesh-eating piranhas, who are accidentally released into a summer resort’s rivers.

“Killer Fish” (1979) Jewel thieves attempt to recover their treasure while being faced with piranha infested waters. But the real danger is their partners in crime.

“Elvira’s Movie Macabre: Attack of the Giant Leeches” (2012) A game warden and doctor discover that giant leeches are responsible for disappearances and deaths in a local swamp. But the local police for some reason don’t believe them. Hosted by the amazing Elvira.

“Elvira’s Movie Macabre: Tormented” (2011) A man lets his former flame fall to her death rather than let her interfere with his new relationship. But her ghost returns to seek revenge.

Will be an encore presentation of “Alligator” and “Alligator II: The Mutation”