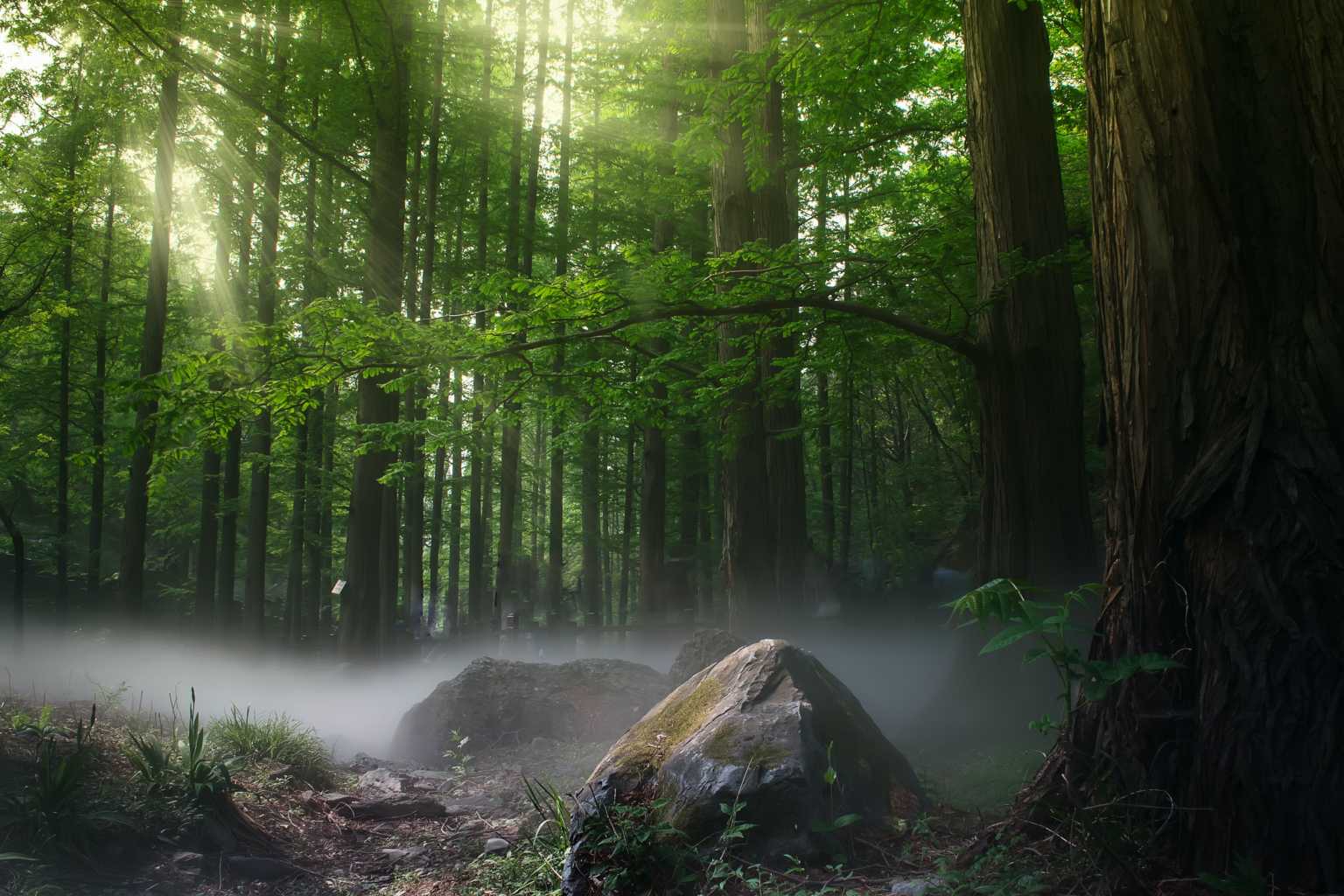 A team of scientists went into the Guangxi Zhuang Autonomous Region of China to conduct an investigation of a truly interesting find. There was a 630 feet deep sinkhole in the area which revealed itself to be the location of an ancient forest, filled with trees and numerous cave entrances.

According to a report from Live Science, sinkholes are not an uncommon thing in Southern China. The primary topographical formation there is known as karst. Karst regions are made up of the dissolution of rocks like limestone. As rain water pours along the region over time, it erodes the rock and can create vast cave systems. If a cave system becomes too vast, too open, it can cause the ground above to collapse and result in a sinkhole.

What’s that? Oh, just a forest inside a sinkhole in China. pic.twitter.com/PvWpC38QGP

What makes this particular sinkhole so interesting though is the extent of life that’s found below it. Because of the sunlight that has been able to trickle in, a number of trees exist and there’s no telling what else could be down there at this time. Whether it be animal or plant based life, there is tremendous potential for new or interesting discoveries to be found down there.

This also isn’t the first time Chinese sinkholes may provide a portal into a different world with different creatures. In 2018, a similar type of sinkhole was discovered where rare ferns and snakes were living. It really does sound like something from a movie or television show. As a matter of fact, there was a Chinese/Australian co-production called “7 Guardians of the Tomb” that dealt with a similar notion, except with a whole underground city, poisonous spiders, and Kelsey Grammer. Obviously this is a vast exaggeration of the natural phenomenon but you know, similar in principle.

With the sinkhole just being explored, we don’t know much about what’s down there, but if anything unusual does come up, we’ll be happy to inform you of any discoveries. Including if Kelsey is down there, fending off hordes of mutant spiders.