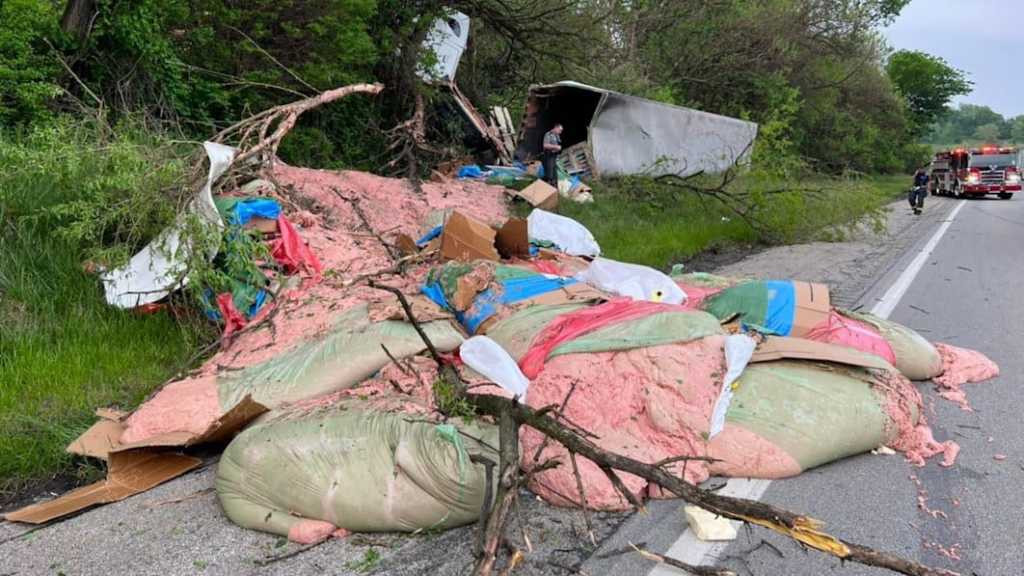 On May 20th, a tractor-trailer was traveling down Interstate 70 in Pennsylvania when its driver started to lose control. Fortunately due to sheer luck and the driver’s efforts, the large vehicle managed to avoid hitting other cars. The driver was luckily relatively unharmed, suffering only minor injuries. The real damage is what the crash did to our collective appetites. The truck was hauling 15,000 pounds of pink slime, aka lean beef trimmings, aka hot dog filler.

This filler material is common in meats. Its inclusion in food has been a highly debated subject for years. It was previously used in pet food, but has made its way into human food as well, much to the dismay of critics of the United States Department of Agriculture. The slime is made of the leftover pieces of meat that remain when a specific cut is procured. These pieces are then blended together and spun through a centrifuge to separate the muscle and fat. Quick squeeze through a tube (and a dose of ammonia to kill bacteria), and it’s good to go. Whether or not this should actually qualify as real meat has been a source of contention, but there it is on a Pennsylvania road side.

It took about four hours to clean up the accident but at least no one was seriously injured. You know how people say “you don’t want to know how the hot dogs are made?” This is why. When you take a good look at that slime, it’s pretty gross. It’s worse when you realize it’s hot dog filler.

It could also mean we’re just one step closer to the second coming of Vigo the Carpathian.