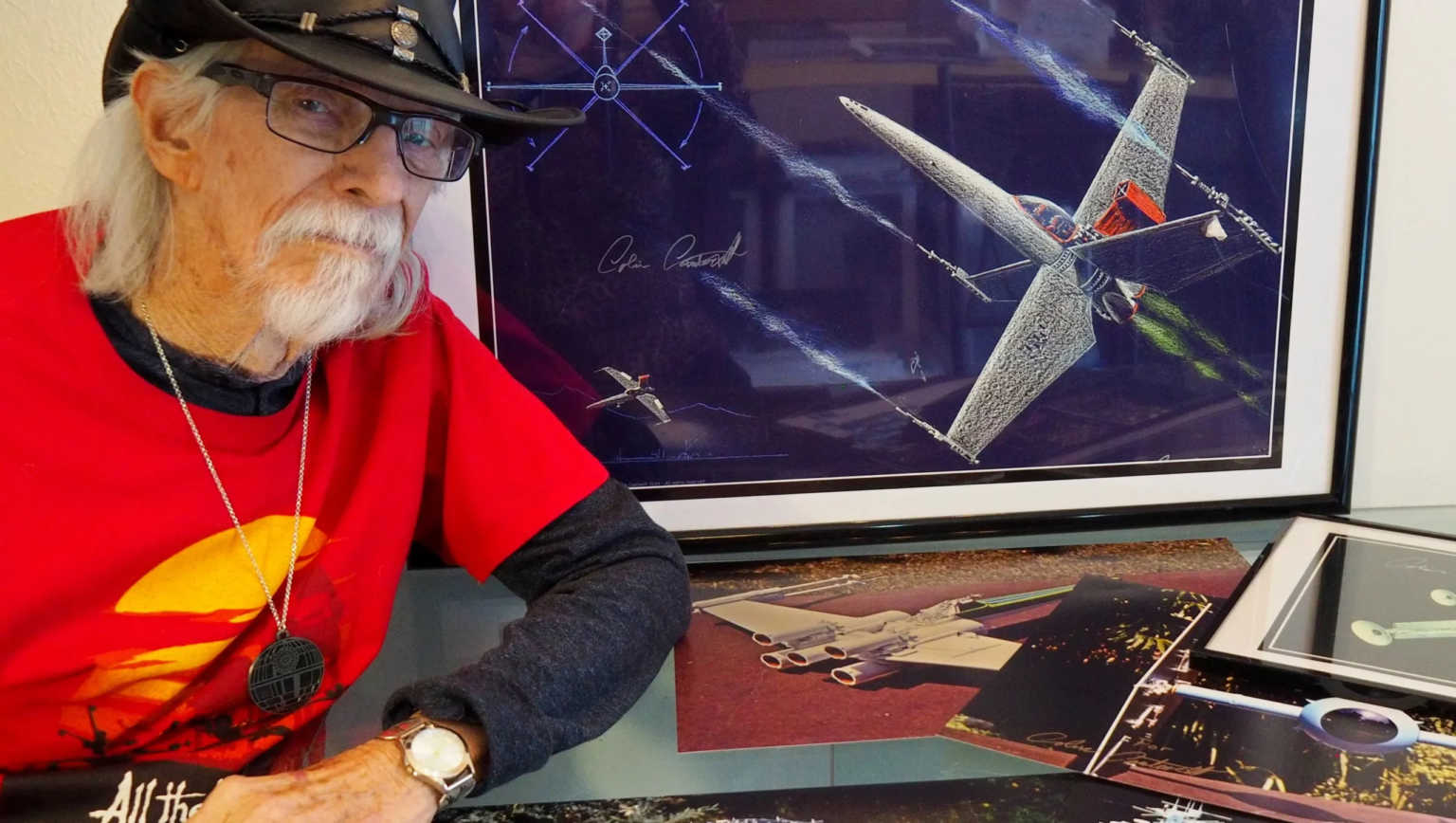 The iconic spacecraft of “Star Wars“ have cemented themselves into popular culture. The imperial TIE Fighter, the Rebel Alliance X-Wing, the Star Destroyer, the Death Star; all of them are iconic inside and outside of science-fiction. Show somebody a picture of a Star Destroyer and even if they don’t know what it is by name, they’ll know it’s from “Star Wars.” The models for all these ships were designed by Colin Cantwell, and we regret to report on his passing.

According to Cantwell’s own website, he was deeply interested in space from a young age. Even as he worked through all the books that he could in school, he want to his public library and went through even more. Eventually he would attend UCLA and became the first graduate in animation from the school. Combine all of this with a love and knowledge of architecture and it’s not hard to see how those things would coalesce into designing spacecraft.

In addition to working on “Star Wars,” Colin also worked with Stanley Kubrick on “2001, A Space Odyssey” where he helped designed the space scenes. He suggested the use of Richard Strauss’ “Also sprach Zarathustra,” which has become known as the unofficial theme of the film. Additionally, Cantwell made contributions to “War Games” and “Close Encounters of the Third Kind.“

Cantwell’s website also includes images of the early designs of the ships he created for “A New Hope.” The Death Star trench where the climactic battle happens was another suggestion of Cantwell’s.

Colin Cantwell was 90 years old. Many of us could only hope to live that long and to see our work become beloved in the eyes of others. His work has formed the basis for continued adventures in a galaxy far, far away, and has fueled the imagination of millions. Our hearts and well-wishes go out to Cantwell’s friends and family. Thank you Colin for all that you’ve done. May the Force be with you.