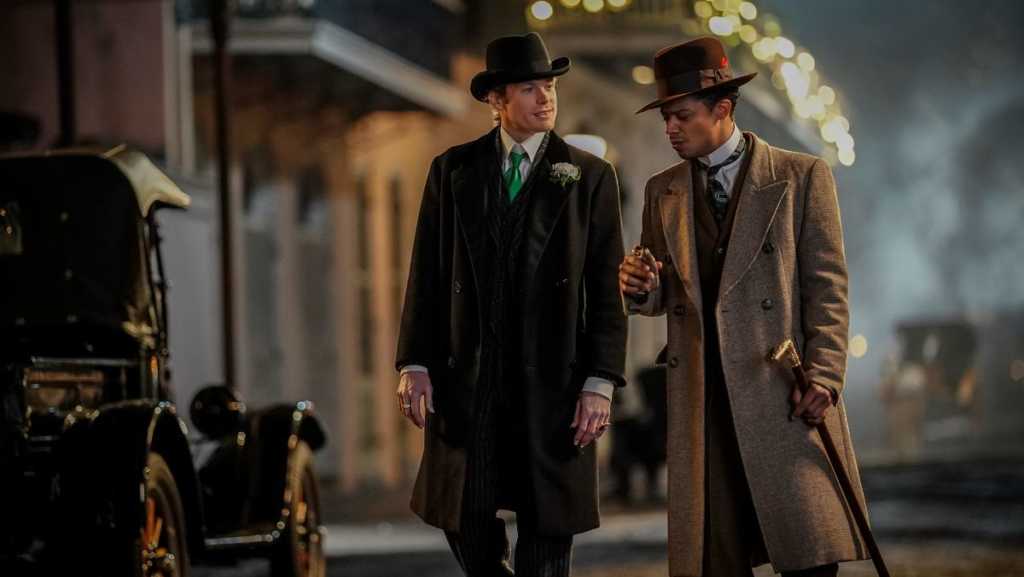 CAN WE JUST HAVE A TRAILER ALREADY, AMC!? The cable network has released yet another short teaser for their upcoming tv show adaptation of Anne Rice‘s gothic vampire masterpiece, “Interview with the Vampire.”

This teaser is word-for-word an iconic scene from the book. You’ll immediately picture the 1994 Brad Pitt, Christian Slater movie moment. Well, probably. If you’ve seen the film as many times as we have.

The voices we hear are Eric Bogosian (“Uncut Gems,” “Succession”) as Daniel the reporter, and Jacob Anderson as Louis Pointe Du Lac.

We know AMC is looking at a fall 2022 release. We also know Sam Reid plays Lestat de lioncourt, and Bailey Bass is set to play Claudia. An adaptation of another Rice work, “The Lives of the Mayfair Witches,” is currently in production for a later release on AMC.