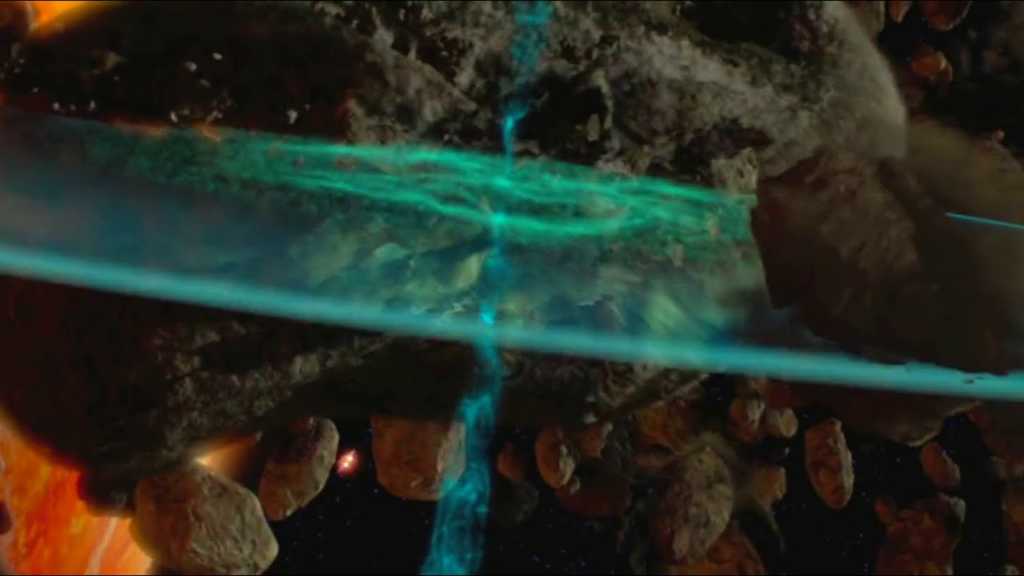 The “Star Wars” universe is as defined by its music and sound effects as it is by its characters and settings. The ignition of a lightsaber, the whine of a TIE Fighter, Darth Vader’s breathing; they’re all instantly recognizable. But there’s still one sound effect that has stuck with me 20 years after it originally reverberated through the theater I heard it in. It’s the sudden silence and resounding twang of a seismic charge.

“Star Wars: Episode II – Attack of the Clones” is a mess. It is easily the weakest fof the first six films. It has some atrocious pacing, lackluster script, ridiculously over the top fights (not in a good way), and a tremendous amount of missed potential with Obi-Wan’s quest. It does however give us Jango Fett (Temuera Morrison) and by extension, Boba Fett‘s (Daniel Logan) origins. We also get Jango’s ship, Slave-1, and its arsenal of weapons.

Among them is an explosive ordinance known as a seismic charge. Fett deploys it against Obi-Wan while the two are battling in the middle of an asteroid field. “Star Wars” has always played loose with the fact that there’s no sound in space, and the seismic charge is no exception to that. When the charge first deploys, it creates a sonic vacuum only for it to then explode outwards with a loud, reverberating, thudding twang. A circular blast linearly radiates outward, shattering anything in its path.

The sound effect was created by Ben Burtt, who had worked as the sound designer for “Star Wars” since the first film in 1977. In 2012, Burtt was asked on a StarWars.com community page how he created the sound. While he didn’t want to give up the secret, he did say:

“…this is something I’ve wanted to do since ‘A New Hope,’ we just never had a sequence which allowed the explosion to be featured in a way that I could exploit the idea of delayed sound in space… what I call an ‘audio black hole,’ an explosion so cosmic that the energy of the sound is unable to escape at the time of ignition, but is released a moment later.”

That’s what it felt like in the theater as well. There was that chilling absence of sound, and then this delayed reaction that suddenly impacts you. It’s not the same listening to it anywhere but in a theater with that sound system. The impact is completely different, the rumble isn’t as impactful, and the impression is lessened considerably. That sound effect was in and of itself, the most memorable moment I’ve ever experienced at the movies.

[Editor’s Note: which makes it all the more awesome to have the sonic charge make an appearance in “The Mandalorian” as well.]

Say what you will about the rest of “Attack of the Clones,” but in the week of its 20th anniversary, it deserves some credit. That moment of sonic brilliance has not yet been replicated for me and I don’t know if it ever will be.