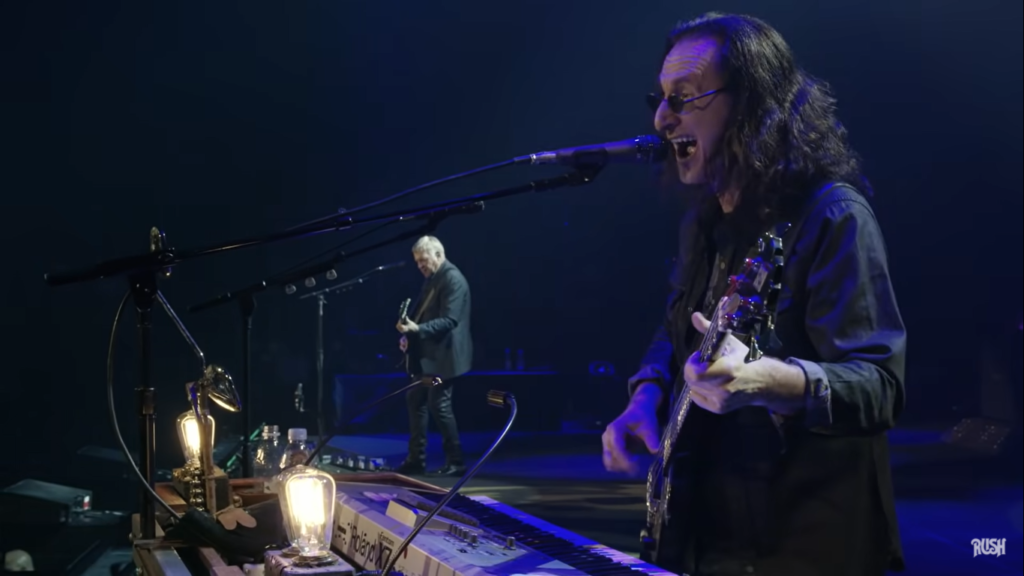 One of the great travesties of life is that there is so much media to comb through and not enough time. Making things even harder is how we can fall back on listening to, watching, reading, or playing the same things over and over. It doesn’t help when various platforms regurgitate the same things to us all the time.

This happens a lot with music where the same songs will get used again and again in television, films, advertisements, radio, and suggested repeatedly on streaming apps. So in order to help mix things up for people and show some songs some extra love, here’s the first piece in a series of articles to give you something different to listen to from some of your favorite bands and artists. To start, let’s go with 5 songs from the classic rock genre.

Despite Rush’s massive catalog of music, there’s only a select few songs that seem to be remembered enough to get featured in soundtracks, commercials, and mainstream video. They also didn’t have much success on the Billboard Top 40, with most of their songs only doing well on the Mainstream Rock charts at the time. “Tom Sawyer” barely missed out in the “hit” region of the Hot 100, topping out at number 44, but it hasn’t stopped it from being perhaps Rush’s best known song. It has the great musicianship and some of the Ayn Rand inspired lyrics that drummer/lyricist Neil Peart was known for. If you need a break from it though, and the rest of the songs off of “Moving Pictures” for that matter, why not skip ahead to the latter end of Rush’s career. “Earthshine,” from 2002’s “Vapor Trails” is part of the band’s return to the earlier, less keyboard driven era. It has just as strong of a hook as “Tom Sawyer” does but without some of the heavy handed individualist lyrics and a rawer, grittier production.

A lot of Rolling Stones fans consider “Tattoo You” to be their last good album. While honestly, 1980s Stones are drastically underrated, one can understand the sentiment. But just because “Start Me Up” was the monster single from that album, going to number 2 on the Billboard Charts, it’s not like it was the only noteworthy song to be pulled from it. Sometimes you can come across “Waiting on a Friend” on the radio, but that’s not the kind of riff-rocker that the Stones are known for. So instead of hearing “Start Me Up” for the 5,000th time, listen to “Hang Fire” off of that album; it’s energetic, has a great bassline, and is less than three minutes long. It gets in there, rocks out, and then leaves. Or if you do want to try something from a later Stones period, you can check out “Rock and a Hard Place” from “Steel Wheels.”

It’s hard to deny that “Don’t Fear the Reaper” is one of the best songs in the classic rock catalog. The atmosphere, lyrics, guitar solo…and yeah, the cowbell… But the song has become so iconic that despite the extensive catalog of music Blue Oyster Cult’s recorded, this is one of only three songs that regularly get played alongside “Burnin’ For You” and sometimes “Godzilla.” Again, those are also great songs but they do very little to showcase just how much more there is to the band. If you want another atmospheric piece that rocks out, then listen to “Shooting Shark” from the 1983 album, “The Revolution by Night.” It has an ‘80s production quality to it but in the haunting sense thanks to some ominous keyboard work. It also has a bassline that slaps, HARD. If all you know of BOC is their radio staples, this may take you by surprise; a pleasant one.

If you’ve ever grown up in a small town then you can probably testify to the accuracy of the things John Mellencamp describes in his song, “Small Town.” It seems to have resonated with people too because the song is played to tears on the radio. There are other Mellencamp songs that are overplayed too; “Jack & Diane” certainly comes to mind, but it’s a shame to hear it when there are so many other songs that get neglected. Some of these were even lower key hits, like the plucky, “Key West Intermezzo (I Saw You First). It’s the last top 40 billboard hit that Mellencamp would have, released in 1996. It doesn’t have the social commentary that “Small Town” has but it still sports a number of hooks and a good, positive vibe about it. If you’ve grown tired of the major radio staples, this is one to reinvigorate your appreciation for that guy who wouldn’t stop singing about pink houses in a small town where Jack and Diane live and need a lover who won’t drive them crazy.

5 Queen: “Hammer to Fall” vs. Everything Else?

God bless ‘em, but Queen is one of the most overplayed bands of the classic rock era yet somehow, one of the most underplayed too. The big songs, “Bohemian Rhapsody,” “Somebody to Love,” “We Will Rock You/We Are the Champions,” “Another One Bites the Dust,” etc. are played constantly. But outside of those tracks there are so many amazing tracks that are completely forgotten. There could easily be a separate article entirely about the best forgotten Queen songs, but for now we’ll just focus on one of them. “Hammer to Fall” is easily one of the best Queen songs ever put to record, and it’s only recently been given a bit more of the spotlight because of the 2018 biopic about the band, “Bohemian Rhapsody.” But why hasn’t it been played more often before that? It has one hell of a sledgehammer of a riff, an amazing vocal performance by Freddie Mercury, and a lyric that has some pretty deep meaning to it about the inevitability of death. Maybe that’s what kept it from doing well on the charts? Probably not considering so many people think The Police’s “Every Breath You Take” is a love song. Maybe because of the changing scene in music during the ’80s in America, but Queen completely fell off the US popular music landscape after 1984. While they continued to score hit after hit in their native UK, Queen only saw a resurgence in sales State-side after Mercury passed away. It’s a shame too because those last few albums truly do contain some absolute gems.