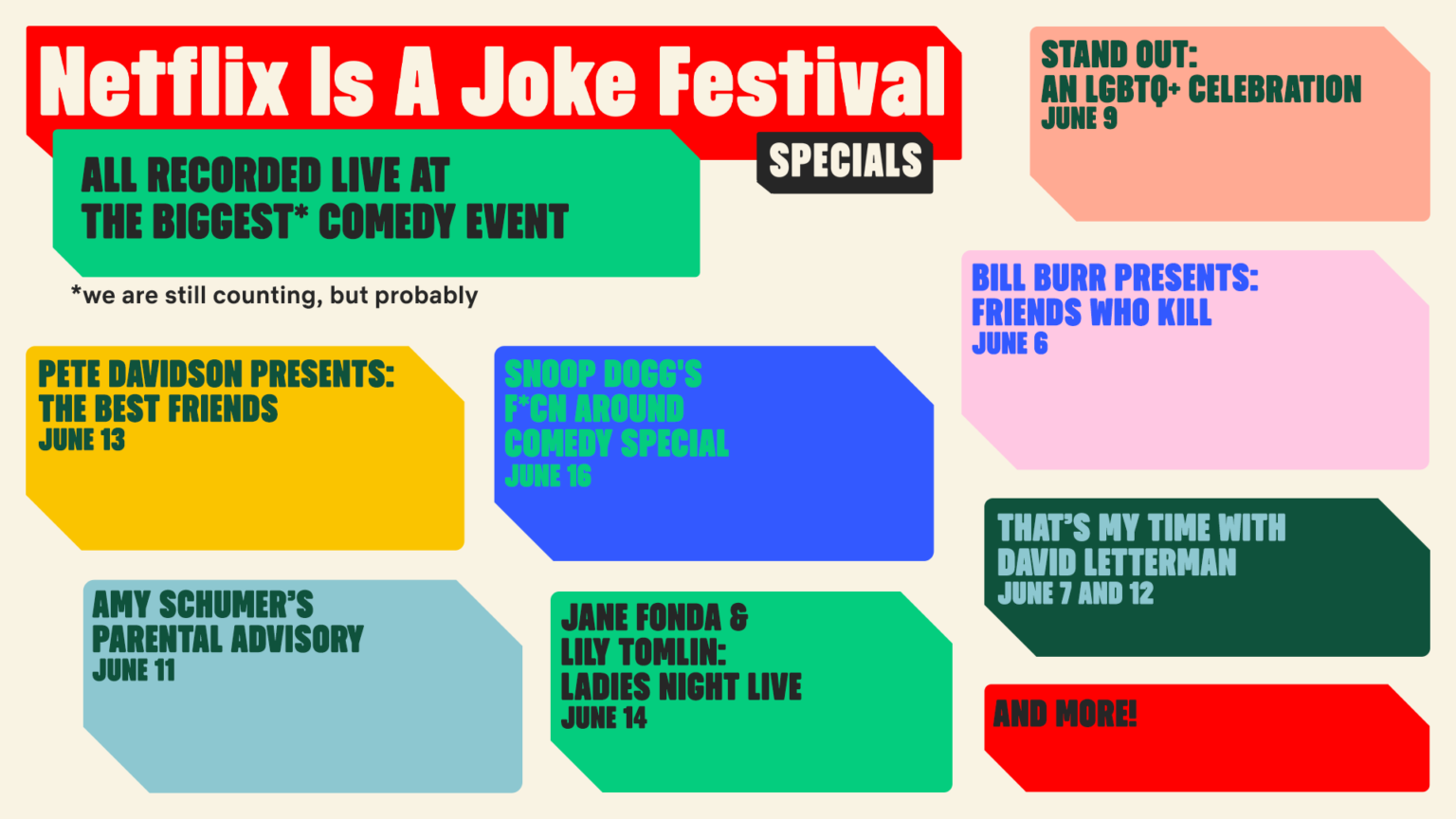 Streaming service giant Netflix has revealed their upcoming slate of comedy specials. Some of these were recorded during 2022’s Netflix is a Joke festival, which took place all over Los Angeles. Others were previously announced specials, including a tribute to the late Bob Saget.

May 19th: “The Hall: Honoring the Greats of Stand-Up,” an evening to celebrate some of the greatest stand-ups of all time who are no longer with us. John Mulaney honors Robin Williams, Dave Chappelle honors Richard Pryor, Chelsea Handler honors Joan Rivers and Jon Stewart honors George Carlin.

June 7th and 12th – “That’s My Time with David Letterman,” each of the six episodes spotlights one comedian, including a 5-minute stand-up set and conversation with Letterman.

June 9th – “Stand Out: An LGBTQ+ Celebration,” the largest-ever gathering of LGBTQ+ comics.

June 10th – “A Tribute to Bob Saget,” a celebration of Bob’s life in comedy with his friends and family.

June 16th- “Snoop Dogg’s F*cn Around Comedy Special,” original comedy from Snoop, along with sets from legendary black comedians performing at the festival.

June 23rd – “Best of the Festival,” highlights from throughout the 11-day event.

They also teased a record setting new special with Gabriel “Fluffy” Iglesias. Where he sold out Dodger Stadium (the first comic to do so) and performed for Netflix’s largest audience ever.

This festival boasted 295 shows performed by 336 comedians across 35+ LA venues so it also may be the largest festival of its kind.  Netflix will also be repurposing segments for their Netflix Is a Joke Sirius XM channel.