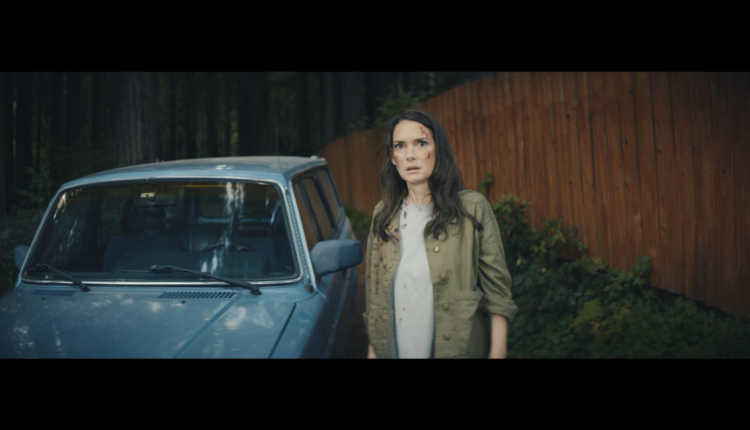 Well, they can’t all be gems. With well over 100 films screened at the South by Southwest (SXSW) 2022 Film Festival, there were bound to be a few duds that didn’t quite hit the mark, nor were they as effective as their peers. For what it’s worth, there wasn’t really a particular film that I really despised, but there were certainly plenty that left me feeling a little disappointed and uninspired. I will say that there were far more films that I enjoyed, so this list will most likely be the shortest of my recap from the screenings at the festival. The mass amounts of screenings I self imposed on myself gave me a huge variety of films to enjoy, and left some that weren’t quite as enjoyable.

So let’s look at some of the not so great films I watched at SXSW 2022!

This is film that has an incredible amount of potential but somehow manages to squander away in its final moments. I was completely on board with “A Lot of Nothing” up until the very soapy and out of place third act conclusion. It’s a pretty good film that is unafraid to wrestle with dark issues of race, police brutality, and micro aggressions, but it completely loses itself trying to wrap up the satirical and extraordinary events that are the crux of the film. But sometimes a bad ending can ruin a good film, and that is absolutely the case with “A Lot of Nothing.” This film is just shy of being great, but loses just about everything good it set for itself in its final moments. I actually still think I would recommend this film, but just know that it doesn’t quite leave the impact it should.

This is one of the films I wanted to like so much when I fired it up. The cast, the premise, everything about “The Cow” seemed like an absurd but fun journey through ageism and dating. It even has a strong start that ups the creep factor and lets you know that nothing you see is what is actually occurring . But the film quickly spirals out of control with its strange storytelling framework and poorly received reveal in its final moments. Yet another movie completely undone by a bad ending, and this one actually unmakes anything that intriguing when it all started. “The Cow” wastes an interesting premise with bad storytelling and uninspiring reveal. This is one of those films that actually gets worse the more we learn, and makes the conclusion vapid and pointless.

Not everything that finds success on the stage can translate to the screen. Thus is the case with “Sell/Buy/Date,” a sort of meta comedy, documentary, satirical look at sex work and sex workers. Though the content is important and the conversations are some that we absolutely need to have, the disjointed medium with which the film tries to have them dulls the message almost entirely. “Sell/Buy/Date” constantly feels at odds with itself, trying to include the characters from the stage play into the real world creation of the self referential film while also trying to be an actual documentary about sex work. You get the sense that it would work much better if it picked one or the other, but it doesn’t and ends being too disjointed to be enjoyed.

Admittedly, I feel bad placing this movie on the list because I actually enjoyed it much more than the rest of the films on here. It’s actually a pretty well made film, and has a lot going for it. It is wholly original and quirky, but also dark and thematically important. Despite all of this, “Chee$e” struggles a bit with bringing all of its elements together into a cohesive, absurdist film. There’s a lot of subplots that seem get lost as the film carries on, and while they aren’t all complete misses it becomes hard to really grasp what is all really going on. Some of that is intentional and works, some of it is not and doesn’t. Where “Chee$e” really loses me is in its ending, which feels so abrupt and sudden I had to rewind it and watch again to make sure I wasn’t missing something. It is an ending that makes more sense thematically than it does in actuality, and takes most if not all of the wind out of the sails and potential out of it. So much so that I had to remove it from my favorites and put it on the worst.

Hands down the worst film of the festival. Everything about this movie does not work for me. “The Cellular” feels like a 2002 Japanese horror film poorly adapted for American audiences. it feels firmly placed in that time period of the genre, from the set pieces to the horror elements to the performances. Everything is so by the book and rather dull that none of the reveals or mystery matter, and the pay offs (whether telegraphed or not) are simply not worth it. The whole family is underdeveloped and might as well be nameless, the evil spirits are silly and uninspiring and even the house it self is rather low on haunts. The truly was one of the poorest outings of the entire festival, and I would probably rank “The Cellar” as such; the worst movie of SXSW.

Best of the Fest: 10 Best Documentaries from SXSW 2022

“The Price is Right” Announces Nation-Wide Come On Down Tour!