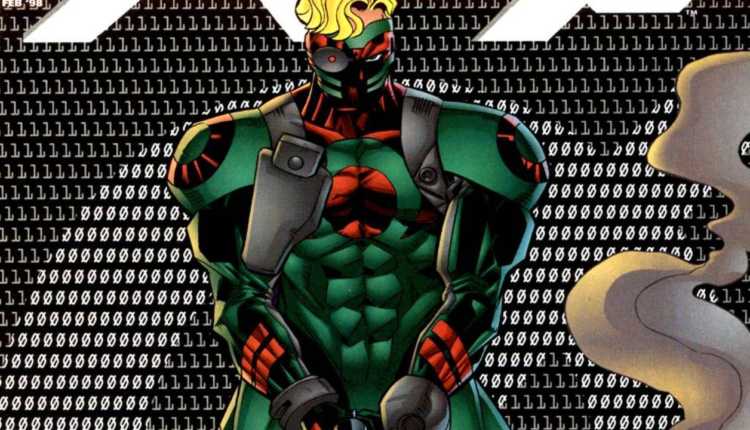 You can find me in da….comic book movie?

No stranger to film and television both in front of and behind the camera, Curtis “50 Cent” Jackson’s G-Unit Film & Television production company has its sights set on a new comic book adaption. The media company recently optioned Christopher Priest’s comic Xerø, a short lived DC Comics series that ran from 1997-1998. Though originally a DC Comics property, the rights reverted back to Priest in 2008, which means that this new development deal will be exclusive to G-Unit and their partners Color Farm Media and newly launched Illuminous, with no involvement from Warner Bros. Pictures.

Priest is often credited as being the first black comic book writer and editor to have written for both DC and Marvel, serving as a contributor to a number of franchises including Spider-Man, Green Lantern, Conan the Barbarian and Deadpool, with his editions of Black Panther being cited as an influence behind Marvel and Disney’s groundbreaking 2018 blockbuster. Illuminous CEO Joseph Illidge is also an award winning graphic novel editor and DC comic entertainment contributor, and brings a vast knowledge of work and skill paired with Priest’s praised creation to the project.

The “Xerø” film would follow black government assassin Coltrane Walker, who weaponizes invisibility to disguise himself as a white man to operate with complete anonymity. Along with his skills and some superpower enhancements, Xerø is able to infiltrate the international elite and execute missions with precision as well as complete emotional detachment due to his alterations. The film will follow Walker’s moral awakening as he rides the line between cold blooded assassin and self discovery.

Speaking to Deadline, the big players in the project spoke about the upcoming venture and their excitement of their future partnership. “There’s no one better than Christopher Priest to bring G-Unit Film & Television into the world of comic book superheroes,” said Jackson. “Watch as we build Xerø into a franchise alongside Christopher and Color Farm Media. I can’t wait for the world to meet Coltrane Walker in an all new way.”

Joseph Illidge said “Xerø is the perfect action hero for our times in a story that is equal parts James Bond and James Baldwin. G-Unit’s legacy of courageous, edge-of-your-seat thrillers about complex protagonists makes them the perfect partner to spearhead this franchise. After working with Christopher on Batman years ago, I’m thrilled to be reuniting with him on Xerø.”

Priest also shared his excitement, speaking about the project and his partners saying, “Xerø depicts a slow-moving car wreck at the intersection of race and class. The commonality of struggle represented by the life experiences of Curtis ’50 Cent’ Jackson, G-Unit Film & Television and Color Farm assure a broad depth of first-hand appreciation for that delicate balance. It’s exciting to be working together to create this new world.”

“Xerø” is obviously in the early stages of development, so more details about the production, screenwriter, director and release date are all still unknown.

Are you interested to see what 50 Cent has in store for the comic book world?