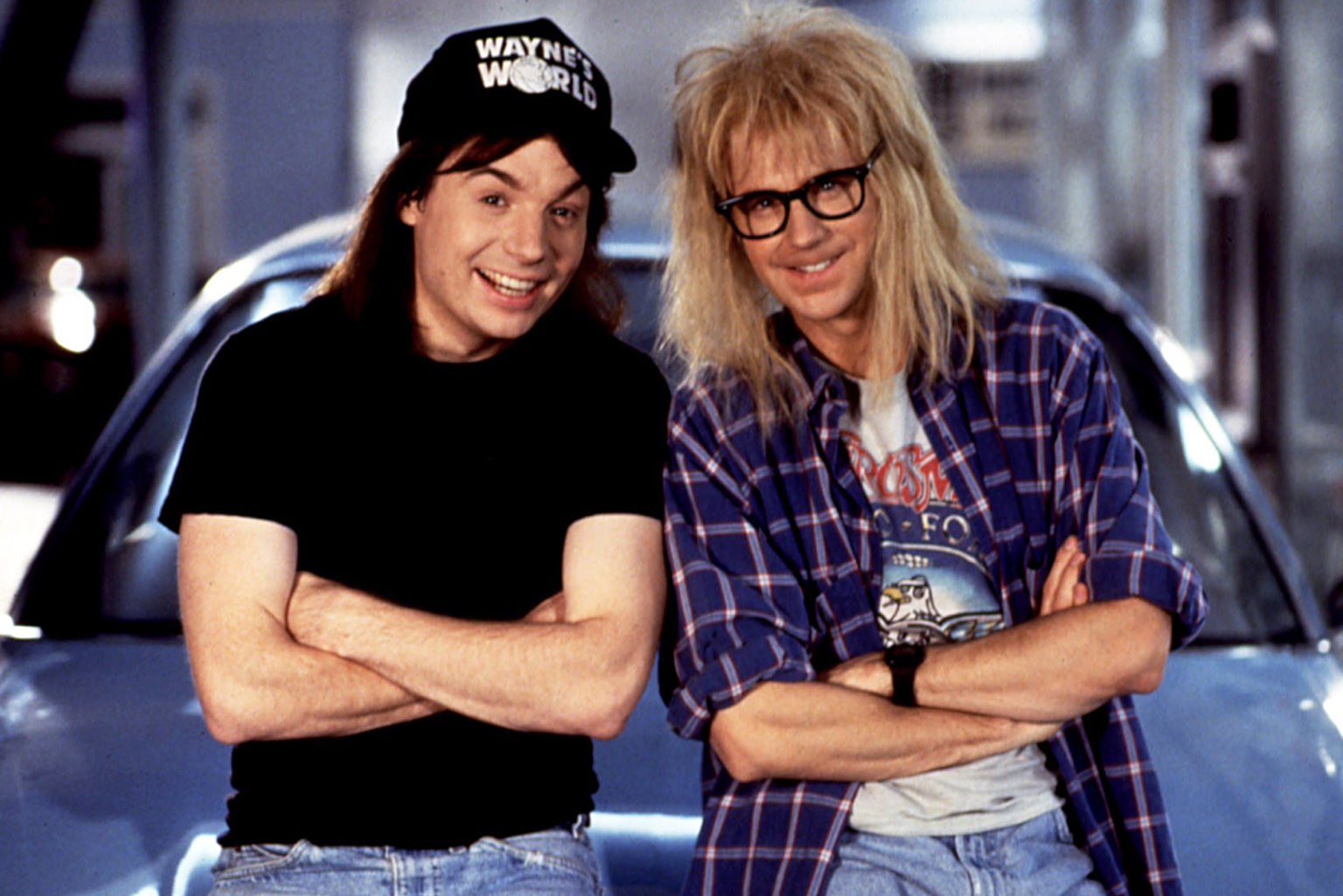 I have never felt so old as I do right now. Penelope Spheeris‘s iconic and important “Saturday Night Live” skit-inspired “Wayne’s World” turns freaking 30 this year. Thats…not ok. But it remains unashamedly one of my favorite movies of all time. I’m not sure why, but it apparently came into my life at just the right time to become a part of my language and fandom.

Starring Mike Myers and Dana Carvey as their “SNL” sketch characters Wayne Campbell and Garth Algar, “Wayne’s World” is one of those 90s films that makes zero sense and ALL the sense at the same time. Who hasn’t blasted “Bohemian Rhapsody” in their car, headbanging along with their best friends?! (Fun fact, Queen frontman Freddie Mercury LOVED that scene.)

Who hasn’t dreamed of seeing Cassandra’s (Tia Carrere) band Crucial Taunt live?! And who hasn’t known someone in the industry as slimy and manipulative as Benjamin (Rob Lowe)?

“Celebrate the world’s most endearing slackers when Wayne’s World arrives in a Limited-Edition Blu-ray SteelBook on February 1, 2022, just in time for the film’s 30th anniversary. Originally released on February 14, 1992, it marked the feature film debut of Wayne and Garth, the wildly popular characters originated by Mike Myers and Dana Carvey on Saturday Night Live, a hilarious send-up of pop culture, the film also features Rob Lowe, Tia Carrere, and Alice Cooper (we’re not worthy!). Directed by Penelope Spheeris and written by Mike Myers and Bonnie Turner & Terry Turner, Wayne’s World follows Wayne and Garth as they try to promote their public-access cable show. A hit with both critics and fans, it ultimately earned over $183M at the worldwide box office and spawned the sequel Wayne’s World 2. A double feature of the two films will also be available on Blu-ray with access to digital copies on February 1.”