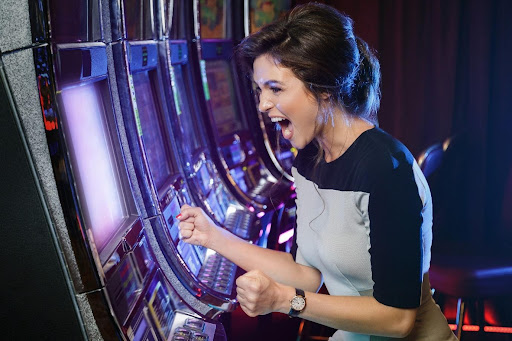 Slots Around The World

If you get the chance to explore the world and experience different cultures, then you’ll discover that many aspects like food, fashion and architecture vary depending on the country and the continent. However, did you know that Slots also differ depending on where in the world you’re playing them. Excitingly, different cultures have their own take on slot games and though the concept remains the same, there are variations between cultures. So, let us take you on a voyage of discovery as we uncover how Slots vary around the world.

The most common type of slot machine that you’ll find in the UK is a fruit machine, a classic throwback that harks back to the days when the machine was first invented. These fruit machines were first designed to enable Slots to continue to operate when gambling laws forbid them to do so. Disguised as a chewing gum dispenser, fruit machines were a cunning invention that enabled players to continue to play their favourite games. You can find slot machines in casinos throughout the UK, but these classic favourites can also be found in betting shops, arcades, pubs, clubs and bookmakers.

The most popular way to play Slots in the UK however, is via online platforms. It turns out that the Brits just can’t get enough of the accessibility of online casino games and you could have fun by playing online Slots at Griffon Casino, for example.

Now, let’s take a trip to Asia, to the futuristic and awe-inspiring country that is Japan. Japan actually has its own rendition of Slots, which are referred to as Pachisuro or Pachinko. Unlike your typical slot game, where you simply have to pull a lever or push a button and watch the reels spin, these Slots combine the classic game with pin ball.

This results in a fast-paced exciting game that sees players frantically load balls into the machine and release a spring-charged handle, which fires the ball into the game. As you’d expect, these games are accompanied by some thrilling sound effects and colourful animations.

In Australia, you might have a hard time if you ask a local where you can find the best slot machines, since they’re actually called Pokies down under! However, other than the name, there actually aren’t any notable difference between Australian Pokies and the common slot machines that we’re all familiar with.

Australian gambling laws vary by state, but the first to legalise gambling was New South Wales, which lifted their laws in 1956. You can play Pokies in casinos, pubs and clubs, but just like the British, the Aussie crowd prefer to play online Pokies, because you can play them wherever, whenever and sample a greater range of themed games.

So, now you’ve had a global Slots tour, do you fancy playing the game for yourself? Thankfully you don’t have to get on a plane to sample the greatest and most thrilling games on the market, as all you have to do is sign up to an online site and you could start spinning those reels today!

“Nightmare Alley” is Elegant Noir in Search of Meaning [Review]