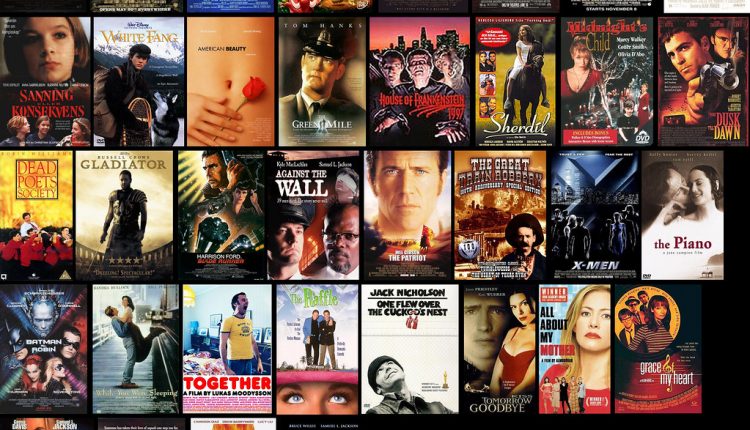 5 Surprisingly Enjoyable Movies We Reviewed in 2021

In addition to new releases and bad movies, I also took on the task of reviewing films that turned 25 this year. This was a much more enjoyable endeavor, as I got to rewatch some of my favorite 90s films including “Primal Fear” and “Empire Records.” Rather than making an end of year list that captures my own personal favorites, I thought it might be best to highlight some of the more surprisingly enjoyable ones I rewatched during this trip down memory lane. There were a LOT to choose from, and this list was harder to compile than the Rated 10% or Less list. It’s a lot easier to throw a dart at a board of dumpster fires than it is to select from a solid list of 90s classics and blockbusters.

So here are 5 of the most surprisingly enjoyable films from the Nerdbot Cinema Reviews that I reviewed this year. Please note these aren’t necessarily movies I haven’t seen or didn’t already enjoy. They’re more films I haven’t seen in some time or don’t watch regularly that surprised me upon a rewatch 25 years later.

So let’s get into it!

This one may shock you, as The Muppet movies are rarely anything less than wonderful. However, I must disclose that I’ve never been a diehard fan of the Muppets over all. Yes, I grew up with them. Yes, I’ve seen all the movies and have enjoyed them. But I have never really gone out of my way to watch The Muppets in any capacity. I don’t have anything against them. I simply would consider myself to be a casual Muppets fan. “Muppets Treasure Island” was a reminder of why they have been a cultural phenomenon lasting decades upon decades. The music is fun, the story is whacky, the humor is packed with innuendo, and Tim Curry is simply delightfully over the top. Curry is a national treasure, and pairing him with The Muppets was the right choice. “Muppets Treasure Island” delivered joy when I needed it most, and it was a much needed surprise for a movie going experience. You can check out my review here.

This one was surprising for two reasons: it’s a really good movie and I hadn’t seen it before this rewatch. Ok, three, I was surprised I hadn’t seen such a good movie in 25 years. “Dragonheart” is a fantasy film ahead of its time, existing long before the genre became a staple of the movie going experience. While yes, it may star controversial figure Sean Connery and some younger versions of now familiar faces, the film is really well put together and feels original and unique. Even the special effects still hold up, with their recreation of a living, breathing dragon able to hold its own even against the much improved technology of the day. There’s not a lot of bad here, and “Dragonheart” quickly became one of my favorite 90s films I watched in the series that wasn’t already on my beloved film list. You can read my review here.

If you know me, you know that horror isn’t really my genre. I only selected the original “Candyman” in preparation for the new 2021 remake/sequel/reimagining/spiritual reboot of the same name. I think the loosely connected sequels overshadow just how good the original psychological thriller actually is. The film is nuanced, well-paced, and well acted, relying more on social and psychological themes than outright blood and gore. It further solidifies that Tony Todd IS Candyman, and reminds us all why he is one of the most iconic supernatural killers in the last 25 years. The film is much better than I anticipated, and personally I found it to be better than the 2021 version. For a genre of film I’m not particularly fond of, “Candyman” was one of the most surprisingly enjoyable rewatches of the years. Check out my review here.

I don’t know that I would consider myself a Kevin Costner fan, but I’m also not a Kevin Costner hater either. He has shown moments of greatness, and “Waterworld” not withstanding I enjoy him in “Mr. Brooks” and here in “Tin Cup.” He’s charming and charismatic, and has pretty solid comedic timing. He pairs well with Rene Russo and Don Johnson, and makes a sports movie about golf entertaining enough to be enjoyed by people who don’t like sports movies, or golf. I don’t golf AT ALL, but “Tin Cup” is better than the sum of its parts, and while it wasn’t the first time I watched it, it was a surprising return to a long forgotten comedy. If you haven’t seen it, I highly recommend it. I think you too will be pleasantly surprised by how good it actually is and how well it holds up after 25 years. You can read my review here.

Lastly, we come to “The Frighteners.” A bizarre dark comedy/horror hybrid directed by young up and comer Peter Jackson. Yes, that’s pre “Lord of the Rings” Jackson, but still putting on his display of dazzling special effects and practical set pieces. Of course, the film stars Michael J. Fox in another role that reminds us all why he’s one of the most magnetic and charming actors to ever grace the silver screen. The film is weird, and dark, and pretty off kilter at times, with some jokes that probably don’t hold up in our current cultural climate. But it’s also really well made, and as strange as it gets it never travels into any kind of unenjoyable movie watching experience. I’ve always peripherally enjoyed “The Frighteners,” but rewatching it for Nerdbot Cinema Reviews earned it a spot on one of the more surprisingly fun films of the 90s. Read my review here.

So there you have it. 5 of the most surprisingly enjoyable films that turned 25 this year! What are some of your favorite 90s films?

“Welcome to Wrexham” Rob McElhenney, Ryan Reynolds, and the Gang!