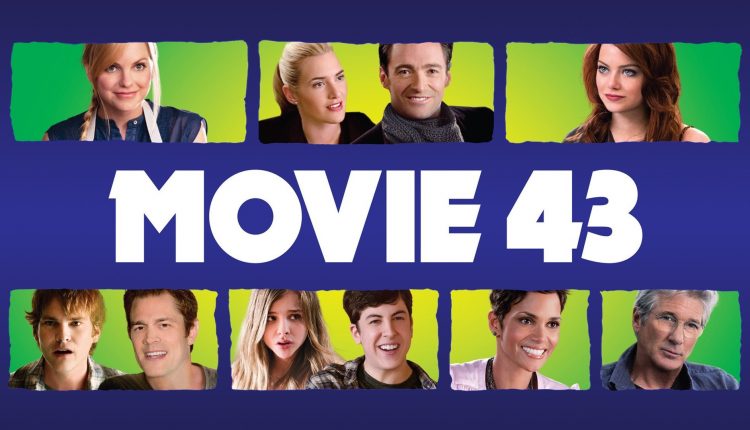 This year, I subjected myself to a plethora of bad movies. Not just movies that are mildly disliked or divisive. I scoured Rotten Tomatoes to watch some of the worst-rated films of all time, with no film having a rating higher than 10%. I attempted to do this every week, but unfortunately topped out at about 30 for the year. The task proved too great, and I would never wish that much bad filmmaking on anyone. I shouldered the burden and weathered the storm, and dwindled down my extensive viewing to the absolute worst of the worst. These 5 films rank as the unmatched bottom of the barrel of the bottom of the barrel, and you just don’t get worse than these selected films. And that’s not for lack of trying, either. Because some of the honorable mentions that barely made the cut are predominantly viewed as irredeemable across the board. Yes, I found films even worse than THOSE!

Couple of disclaimers before we get into the picks. This list only includes films that I have watched this year, so you may have a film you think is worse than the ones listed. That’s fine, I’m simply pulling from my own review catalog from this year. You can read all of our 10% or Less reviews here. Second, I didn’t rate these films originally. These are films that carry a rating of 10% or Less on Rotten Tomatoes. My goal was to simply rewatch these films and decide whether or not the deserve their critically panned ratings. This distinction is important because I don’t want anyone to mistake critic consensus with my own personal rating. Don’t get me wrong, every film selected absolutely deserves their low rating. I just want to be clear about where the rating originated from.

“Alone in the Dark”

It wouldn’t be a terrible film list without something from Uwe Boll. The german nutjob made the list quite a bit this year, with at least 5 films making (and deserving of) the 10% or Less list. But “Alone in the Dark” is particularly special because it’s particularly worse than anything else Bol has crapped out. Yes, over “Bloodrayne” and “In The Name of King.” There is special kind of terrible reserved for this film, and even Boll outdoes himself with this dumpster fire. There’s simply nothing redeemable here, and it’s not even so bad it’s good. It’s simply bad on every level of filmmaking, and marks a new low for the “I’ll box critics that don’t like my movies” director. The script, the acting, the plot, the pacing and the special effects are all some of the most poorly executed to date, and “Alone in the Dark” earns its spot on the worst of the worst list. You can check out my full review here.

I know it’s pretty standard to shit on this live action attempt from M. Night Shyamalan. He’s done his best to defend some of his bad choices, but nothing can justify how terrible “The Last Airbender” actually is. The white washing aside, the film is just an unmitigated disaster from start to finish. It is abhorrent to both anime fans and casual filmgoers alike, doing nothing to energize those familiar with the series and even less to convince someone to watch the original. “The Last Airbender” is an insult to the source material and filmmaking as a whole, and I don’t even watch the cartoon. Think about how bad the film has to be to make someone who knows nothing about the source material to know beyond a doubt it isn’t doing it justice. “The Last Airbender” is a truly terrible film, who’s strange narrative choices, wooden acting, indecipherable plot and yes, white washed leads firmly earns its spot on the list. You can read my full review here.

“What the hell is happening?” is a pretty common phrase that gets shouted more than once while watching “Rollerball.” I always kind of knew this film was bad, but damn. No amount of critic eviscerating could do justice to just how bad this film actually is when you sit down to watch it. I sat through it and I still don’t know that I can tell you what it’s about. Fun fact: Chris Klein almost made the list twice. “Street Figher: Legend of Chun-Li” was an honorable mention that almost made the list, and Klein is terrible in both films. I don’t know why he keeps getting work, and “Rollerball” does him 0 favors to justify a long career in films. This film is just bad on every single level, and was hard to get through. Even knowing “Rollerball” isn’t good never soften the blow for how bad it was, and it certainly deserves to be on this list. You can read the full review here.

I don’t mind Will Ferrell, and I absolutely adore John C Reilly. I even like these two when they’re paired together, and most of their outings are outrageously funny. Turns out they can’t turn every idea into gold, because “Holmes and Watson” is in an unwatchable dumpster fire that can’t even make a case for existing in the first place. It is absent of both purpose and humor, and of all the films on the list, this one took the longest to watch because I wasn’t sure I could make it all the way to the end. Even knowing I had to complete it to review it didn’t stop me from turning “Holmes and Watson” off more than once just to refresh my brain and reset for the next viewing. This is a burn all copies kind of film, one that should never ever be seen again. Shame on TBS for putting this in their feature film rotation. Even for free with nothing else to do, you’re better off turning the television off and sitting in silence than subjecting yourself to “Holmes and Watson.” You can check out the full review here.

There is nothing that I can say that can prepare you for how bad “Movie 43” is. It’s not even a movie, it’s a collection of unfunny, grotesque, repulsive vignettes packed with A List actors who were all tricked into appearing in this piece of shit. This is one of those films I actually didn’t finish all the way to the end in my rewatch. I had rely on my memories of the first time I sat through it, which was like experience PTSD and uncovering trauma I had apparently buried. I think “Movie 43” may take the cake for the worst of the worst of the WORST, and may just be the worst film on this list. We’d be here all day if I started listing all the reasons “Movie 43” should never be seen again. This is a film that the government should seize, lock in a vault, and guard it with military might to make sure it never, ever gets seen by another living soul. Trust me, you don’t want to watch “Movie 43,” you only THINK you do. Check out my full review here.

And there you have it. 5 of the worst of the worst films from my journey down the Rated 10% or Less rabbit hole. I don’t advise this endeavor, but it definitely helped me to appreciate good filmmaking.

Some films that just barely missed the cut include “Mortal Kombat: Annihilation,” “Cosmic Sin,” and “In the Name of the King.”

What are some of the worst movies you’ve seen this year?