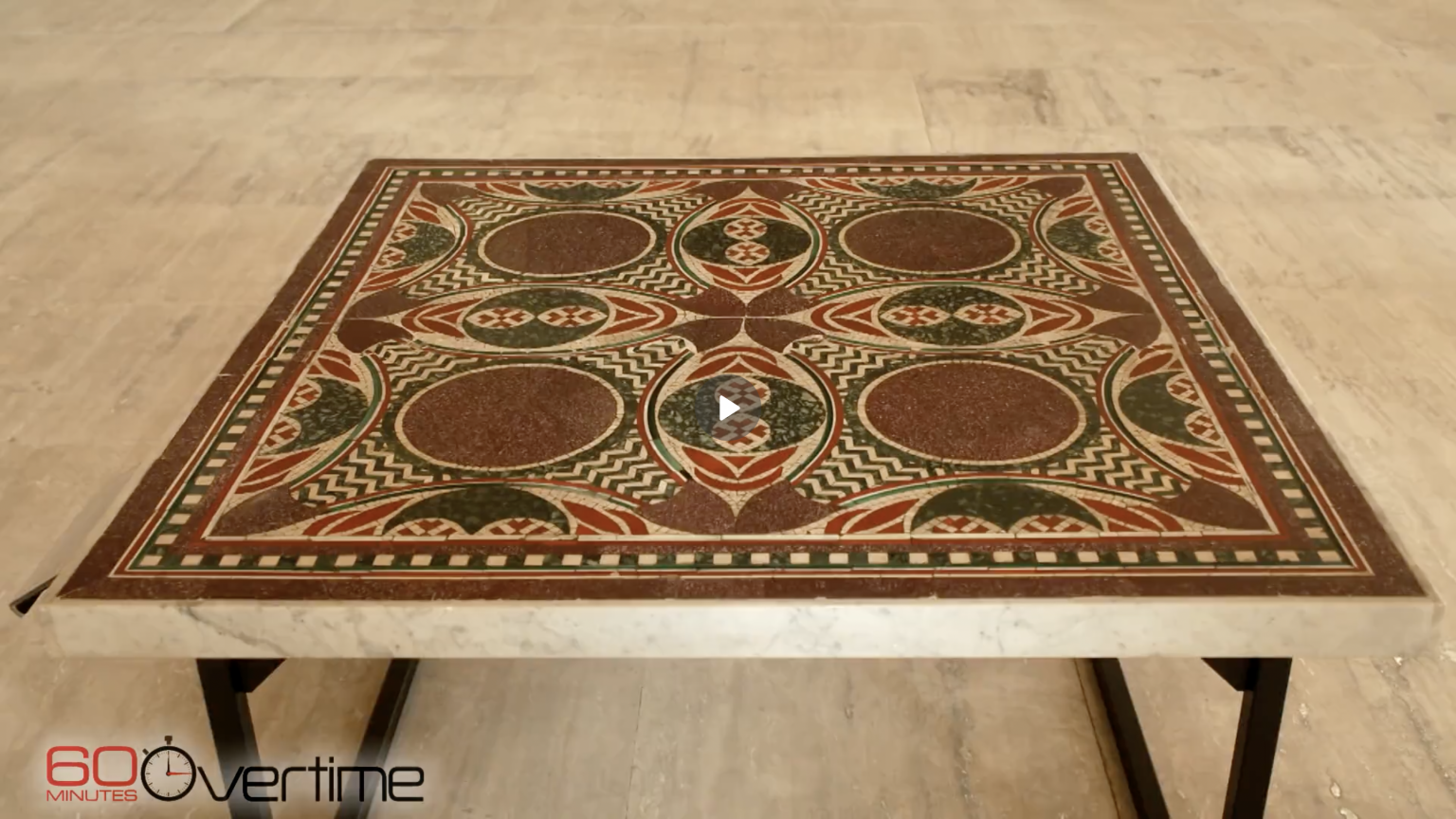 Everyone likes a nice coffee table. Somewhere to put your books and tv remote, the chance to show of your personality with some interior design choices. Wood, marble, iron and glass- they all look great. But given the chance, would you put your coasters and car keys down on an authentic chunk of the floor of one of history’s most infamous madmen?

This is exactly what happened to art dealer Helen Fioratti. She unknowingly used a chunk of authentic flooring from one of notorious Roman Emperor Caligula‘s party yachts as a coffee table in her New York home. Ships designed for vast expressions of decadence and depravity, the party yachts were filled with original craftmanship like marble statues, elegant wall décor, and a large amount of mosaic decorations.

Purchased by Fioratti and her husband in the 60s, the pair were none the wiser of the history of the chunk of exotic genuine Italian mosaic. They promptly turned it into a coffee table, where it remained in their New York apartment for decades. The piece was finally identified for what it truly was by Dario Del Bufalo, an expert in the field of ancient marble and stone. By incredible chance, Fioratti and a friend were attending Bufalo’s book signing, and identified similarities in an image from Bufalo’s book to her coffee table. Bufalo reached out to examine the coffee table personally, and confirmed the artifact’s authenticity.

Exactly how such a piece of history made it to modern day is a mystery. Infamous for his decadence and excess, Emperor Caligula’s madness led him to fall from public favor and was deposed and assassinated by his own senate. Anything bearing Caligula’s image was destroyed and burned in the following years, including the decision to sink his private party yachts into the waters of the volcanic lake Nemi.

It’s there in the murky depths of Nemi that this particular mosaic must have languished for centuries, until fascist dictator Benito Mussolini ordered lake Nemi dredged for artifacts in the 1930s. Creating a lakeside museum for these recovered objects, the mosaic was likely recovered during this era. During the events of World War 2 however, the contents of the museum and large amounts of Italian artifacts and treasures were intentionally destroyed by Nazi forces as they fled Italy.

To have survived both the purge of Caligula’s reign and the Nazi destruction of European treasures, Bufalo believes that the mosaic must have either belonged to a private owner since it was recovered from the Nemi, or that it was stolen from Mussolini’s museum before or during WW2.

Bufalo oversaw the reclamation of the mosaic by the Italian government, and now the incredible design resides on display in the Museum of Roman ships in Nemi, Italy. While he is thrilled to return the item to its true home, Bufalo says he regrets depriving Fioratti of her beloved coffee table.