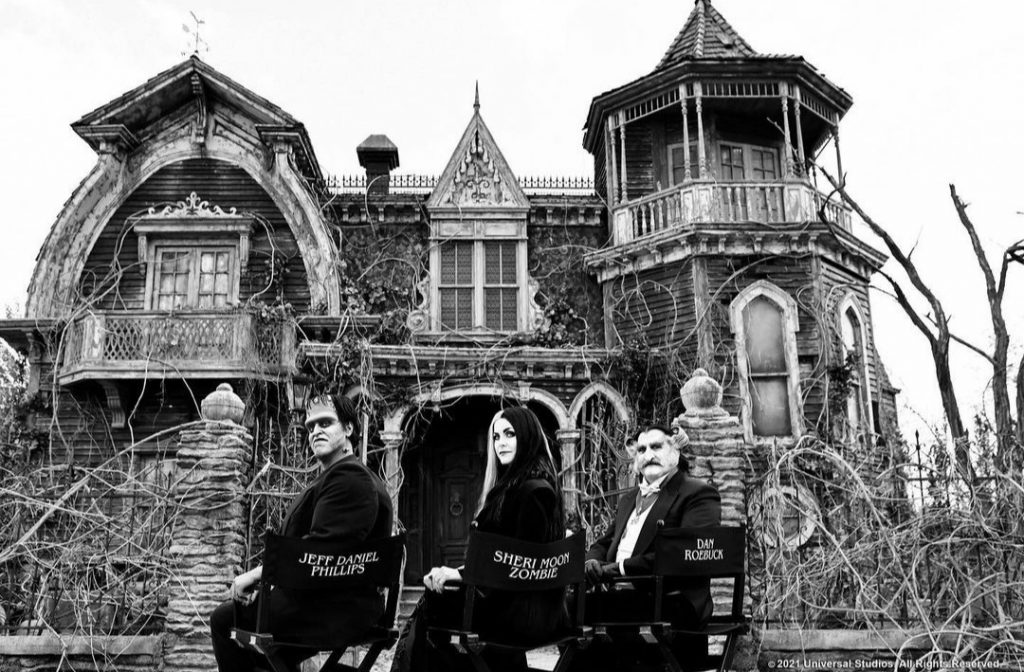 We’ve been anxiously awaiting this bit of news from Rob Zombie since he first announced we was tackling one of his favorite classic tv series for a film adaptation. Zombie, ever the fan of things macabre, horror, and vintage, is adapting “The Munsters“ for Universal Studios.

He’s shown off teases of the set, blue prints of the iconic house at 1313 Mockingbird Lane, costumes, and as of this morning, who we’ll see as Herman, Lily, and Grandpapa!

Shocking no one, Sheri Moon Zombie (Rob’s wife and frequent lead actress) will be playing Lily Munster. Jeff Daniel Phillips (another Zombie collaborator, “3 From Hell,” “Lords of Salem“) will be Herman Munster. Dan Roebuck will be playing Grandpa Munster!

Check out the first look images Rob shared this morning:

We do NOT have a release date for the project yet, but there are some rumblings that maybe this’ll end up on NBC’s streaming service platform Peacock. (Which is where you can catch the original tv series as well.)