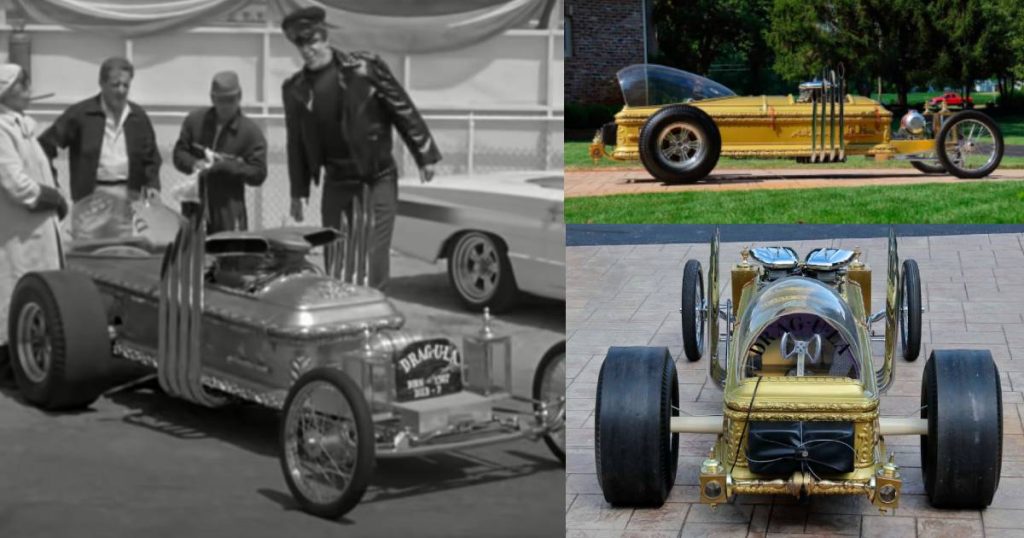 “The Munsters” Drag-U-La Going up For Auction at Mecum

The race car that Grandpa Munster drove in an episode of “The Munsters” is going up for auction at Mecum Auctions. It was one of five designed by George Barris, and built by Barris and Dick Dean. In the episode it was featured in, Grandpa Munster must win a drag race to win back the Koach which he lost previously. In order to guarantee his win he builds this, the Drag-U-La Coffin Car.

Just last year, MyClassicCarTV got up close and personal with the car and showed off many of its features. This car is going to be a gem for any collector of classic television merch. In fact we’d be surprised if Rob Zombie doesn’t already have one, or is going to buy this one seeing as he’s working on a “The Munsters” film right now.

Here are some of the highlights of the Drag-U-La:

Not listed is the fact that this car is signed by Pat Priest and Butch Patrick who played Marilyn Munster and Eddie Munster on the show.

You can check out the Mecum Auctions listing here. And if you happen to pick this up…can we have a ride in your new car?