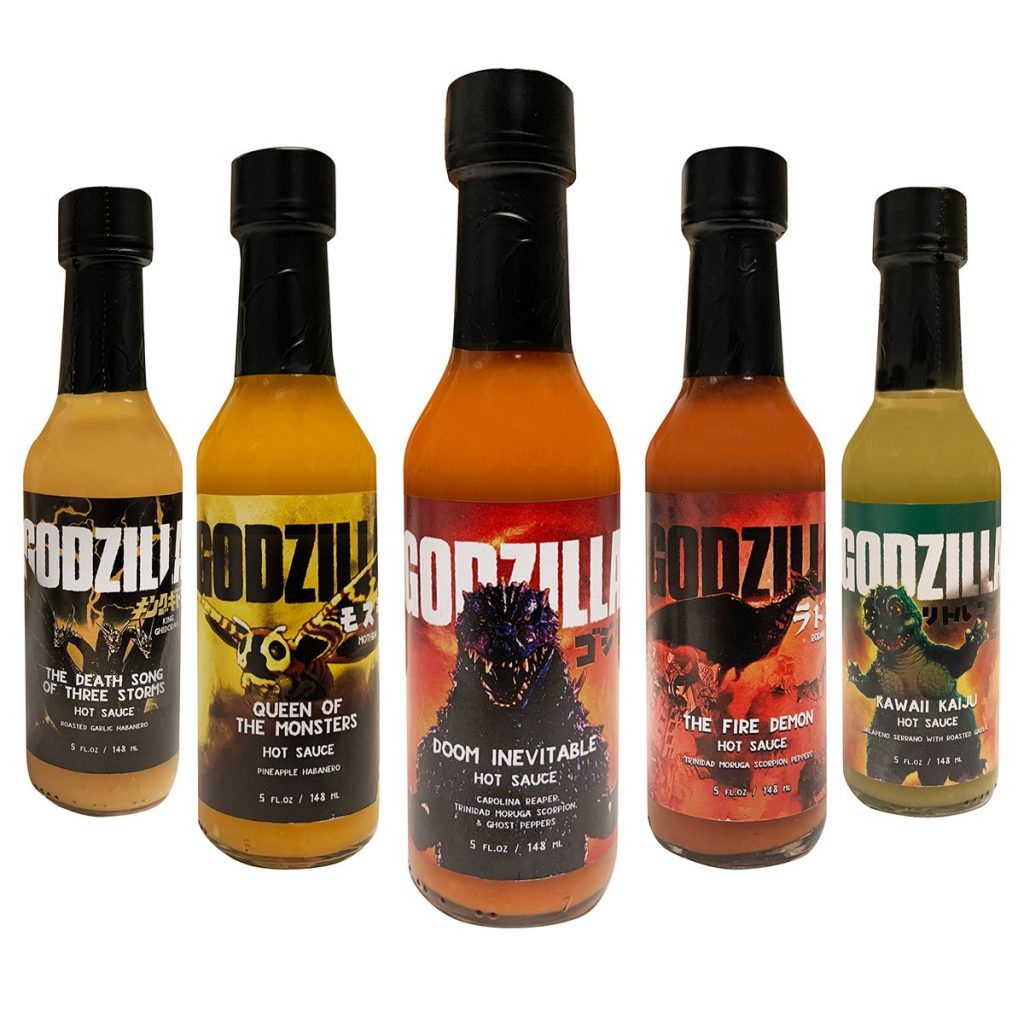 Rising from the depths to appease the appetite of hot sauce and caffeine aficionados everywhere, the King of the Monsters has thrown his gigantic hat in the food scene with a range of official Godzilla hot sauces and signature coffee.

Available separately or as a set of five, each hot sauce is named for one of the classic monsters of Toho films and boast a range of flavors and heat levels to excite even the most seasoned sauce fan.

Next up is everyone’s favorite giant moth, the Queen of the Monsters, Mothra. The lovely lady is the face of a tropical pineapple habanero sauce with a heat rating of 6/10.

With flavors of roasted garlic yellow habanero, the Death Song of Three Storms himself, King Ghidorah brings the thunder with a heat rating of 8/10.

The Fire Demon of legend, Rodan, names the sauce bearing the feisty flavor of the famously hot Trinidad moruga scorpion peppers, hitting the heat rating at 10/10.

If you truly must have the hottest sauce there is, get yourself the sauce named for the King of the Monsters himself. Godzilla’s Doom Inevitable sauce is appropriately named, bearing the heat of Ghost Pepper, Trinidad moruga Scorpion pepper, and the infamous Carolina reaper. With three of the hottest peppers used in hot sauce on planet Earth, this sauce proudly boasts a heat rating of 11/10.

Also stomping into the pantry are a set of three premium coffee varieties. Ethically and sustainably sourced, Godzilla coffee is created in partnership with Foxtail Coffee Company. Each blend bears original artwork of their respective kaiju, and the coffee is %100 Arabica bean.

All the sauces and coffees are available now.